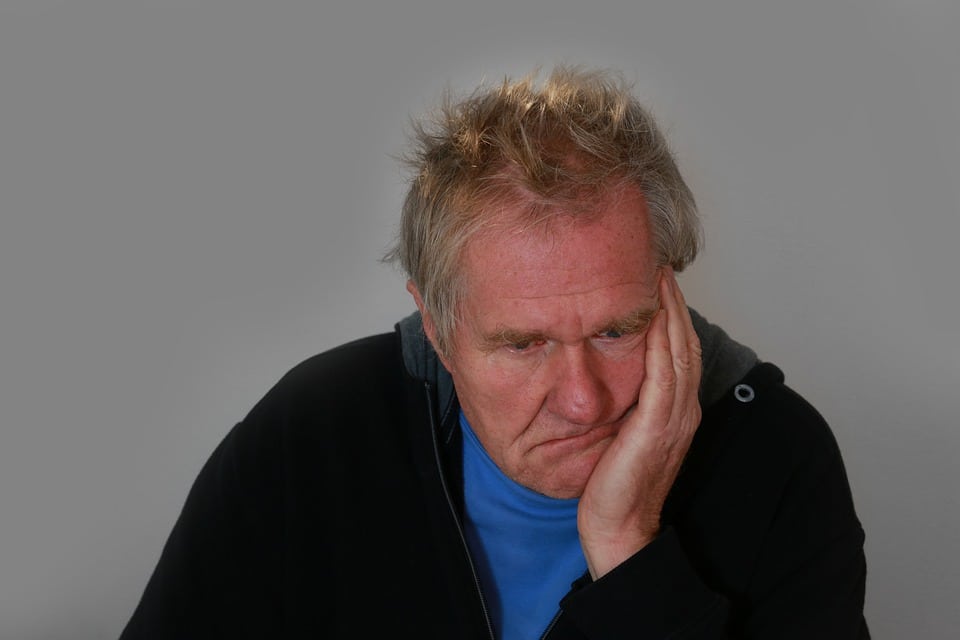 Let’s face it, failing feels bad. However, we all make mistakes, and “giving up is the only way to fail” – Gena Showalter

Failure is seen as the worst situation in this high-achieving society. Thus when one experiences a setback, it becomes hard to overcome their feelings and weakness because it appears as an immovable barrier.

Happily, failure is not the end of the road but merely an indicator that some part of yourself or your life needs extra effort to get the desired results.

Therefore, if you’re struggling to overcome failure because you missed a promotion, lost your job because of a mistake, your startup business failed, your relationship isn’t working, or more this post will provide you self-kind ways you can handle your failures rather than let them drag you into a vicious self-beating cycle.

Your personality and failure are two separate entities so learn to separate them. The fact that you didn’t find a successful way yet to do something doesn’t mean you’re a failure. Therefore, don’t blur the line between the two thoughts because they are different and should remain so.

Otherwise, personalizing failure will wreak havoc on your confidence and self-esteem. Instead, have a growth mindset because the enhanced focus state will help you learn from your mistake and exert yourself to improve.

Abraham Lincoln experienced several failures and setbacks between 1832 and 1858, but he was finally elected as the US president in 1860 at the age of 52 because he refused to give up or allow his setups to define him. Ask yourself whether you have failed that much.

Instead of suspending your feelings of frustration, anger, regret, or blame, look at them curiously. Dig deeper and see why you failed, find the alternative route that you would have taken to get a better outcome, or whether you failed because things were out of your control.

We wouldn’t be having a light bulb had Thomas Edison, who failed 10,000 times stopped there. He used the outcome of his attempts to discard the wrong ones and move forward. Wright brothers chose to spend significant amounts of time on failed aircraft prototypes, and adapting to what they learnt helped them to finally get the plane airborne. It’s their many repeated and painful failures that eventually led to enormous success.

Stop dwelling on your failure because it won’t change the outcome. Getting obsessed with your setbacks will only intensify the outcome. It will actually trap you in self-beating cycles that saps your energy and disables you from taking a positive step.

The fact that you can’t change your past should move you to look for ways to shape your future. You should do this as fast as you can in order to quickly leave the debilitating, monopolizing feelings or thoughts behind.

Craft a policy that helps you deeply mourn your failures and then put it behind, focus your energy on preparing for your future challenges. Putting your disappointments behind will help you to perform better in the future.

Relinquish the Fear of Being Judged

Is losing your friends or family’s respect and esteem your greatest fear? People fear being judged or what people will say about them. This is your life and not your friends. Giving too much power to their opinions and possibly what they consider absolute truth about you is not actually true could douse your confidence and passion. Giving too much power to what others think about you or their opinions undermines your ability to succeed.

Think of Soichiro Honda, the founder of Honda Motor Company who before founding his automaker company, Toyota Motor Corporation denied him an engineering job. South African Airways rejected Sibongile Sambo as their flight attendant, but because she didn’t focus on what HR thought about her height, she ended up founding SRS Aviation. Today she is the first black female to own an aviation company in South Africa.

The famous Oprah Winfrey lost her first TV job because someone thought she was highly unfit for the screen. Just imagine if the three entrepreneurs took to heart what others said about them. You will experience a similar outcome if you don’t get influenced by what others say or think about you. 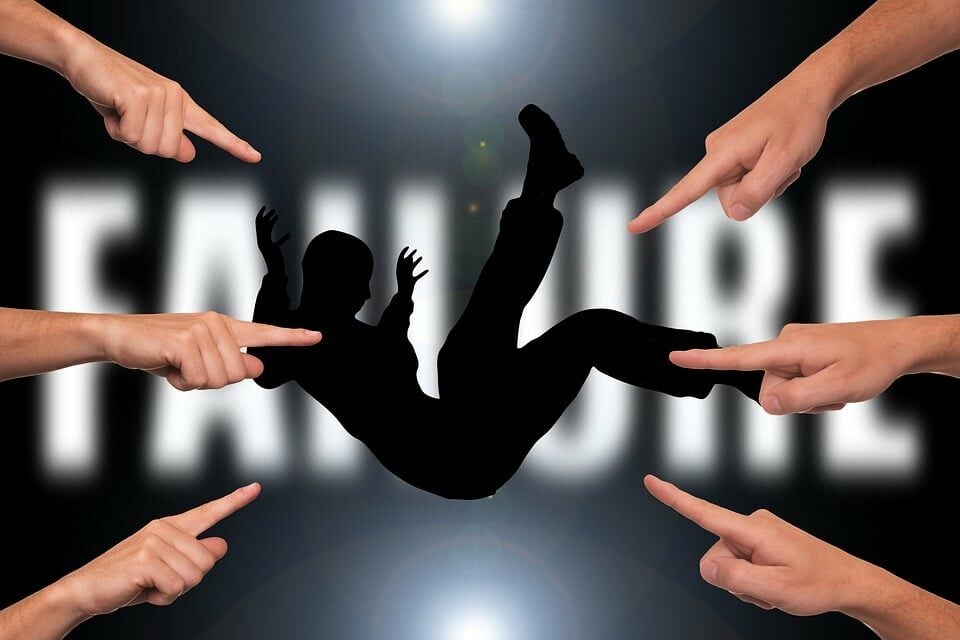 One of the best ways of overcoming failure and making peace with yourself is building resilience. What is resilience? It’s the ability to bounce back after a difficult situation and challenges without losing your enthusiasm. Thus having the mental strength and agility to bear challenges and quickly recover from them is resilience.

The first thing that many people think about after a setback is pain, followed by the desire to give up. They take stock of what happened and conclude that all hope is lost.

Next, they begin to look for excuses as to why things didn’t happen as expected and force their mind to believe that things will never work out well for them moving forward.

In the end, this process kills their plans and the desire to try again. However, trying to move on quickly after a disappointing outcome is the best way to cope with your failure.

Cultivate a New Point of View

People’s upbringing has a tremendous effect on how they view failure. However, you don’t have to hold on to an unhealthy attitude toward setbacks just because you were raised that way. Instead, shift your belief system and perspective from negativity such as people fail because they are destined to fail, are incapable, weak, and stupid.

View your failure as one step closer to success because a setback makes you smarter and gives you more experience. Actually, the majority of historical success stories were a result of great failure. Failure was their critical enabler, teacher, and motivator of their success. We read about them because they didn’t give up.

Think of Other Successful People

Understanding that your past frustrations and failures were a foundation for your present success can help you make peace with yourself after a setback. Many people failed in the past, such as the ones mentioned in this article. However, the way they coped with their failures is what set them different from common men and women.

You are happy to read stories of successful people, but what you usually fail to understand is that these individuals encountered a lot of setbacks before attaining their success. Sometimes these individuals experienced more failures than successes, but they didn’t give up on their goals. In fact, they were a lot more determined to achieve their success.

So use the successful people’s disappointment and failures to boost your morale and fuel your desire to achieve your goal. Indeed there is no success without setbacks, and using successful people’s stories as a motivational force will propel you further.

As mentioned above, the fear of what others will say about you can ruin your confidence level and leave you vulnerable.

Imagine the kind of thoughts you will have if you failed in your personal life, career, or business. Such setbacks can cause you to start thinking negatively about your abilities, self-doubt will creep in, and definitely, you will begin to think less of yourself. In the end, you will be afraid of trying or start to doubt your abilities to accomplish your goals or even minor tasks.

In view of that, building more confidence is a great way to deal with disappointment. More so, when you face setbacks, you won’t see them as a limitation to your capabilities. Failure will not be a definition of your self-worth, and no matter how many times you fail, you won’t see yourself as worthless as others may want to believe or make you feel.

If important to reset your goals after a disappointing outcome; maybe you failed because of misaligned priorities. So far, you have learnt that you should analyze why you failed, pick some lessons and take active steps towards rectifying that. One way of doing that is by revisiting your goals and rewriting them with lessons in mind.

Set SMART goals so that you can achieve success in whatever you venture into and those that increase the potential of achieving your objectives in life.

Accepting that you failed is one thing and taking responsibility for what you did wrong is another. Typically, people shift blame to others or an external factor when they fail because they are embarrassed to be associated with failure.

While shifting blame offers some relief and drives away fear, this is a short-term solution to your setback. Instead, it blurs you from seeing your own role in the failure.

Instead of looking for a temporary solution, you should identify your weaknesses and do better in the future. In the end, you will revisit your past failures and successes and pick important tips on how you can handle present challenges differently. It will also help you to appreciate your strengths and build confidence to try something new.

Dangers of Not Handling Setbacks Promptly

Emotional Discomfort: Failure is usually accompanied by emotions such as anger, embarrassment, shame, anxiety, and sadness. So you should embrace your feelings rather than the setback if you want to succeed. Tell people that you are sad that your project didn’t work out or you’re disappointed. Feeling bad will motivate you to find better solutions, thus improve your future outcomes.

Unhealthy Attempts to Downplay Your Pain: Many times people tend to reduce their pain by saying things such as “I didn’t love the guy anyway,” but is that statement true, or are you minimizing your pain. Others distract themselves with drugs, alcohol, or food, but these things won’t heal the pain either way. Instead, you should avoid unhealthy coping mechanisms and consider professional assistance when the disappointment gets out of control.

Irrational Beliefs: Some people develop irrational beliefs after experiencing some setup in life. They use their failure to rate themselves as bad, as someone who will never succeed or nobody will like them if they failed. These inaccurate beliefs prevent you from doing things the right way in the future.

Unnecessary Blame: Instead of accepting the right level of responsibility, the delay in dealing with your failure leads to undeserved blame on yourself, others, or unfortunate circumstances.

Increased Discomfort: People who don’t face their fears after a setback tend to feel scared, which increases discomfort. You tend to stick to your comfort zone, reject trying new things because you think you’re a failure. So instead of fearing setbacks, you should step outside your comfort zone and try to be as productive as much as possible, for this will help you to reach your future goals.

Failure can have debilitating effects if you choose to stick there. However, taking some or all 10 effective strategies to make peace with yourself after experiencing setbacks can help you bounce back.

Since failure can affect your health and wellbeing, you can seek professional help when the disappointment becomes unbearable.

Coping with the Grief of Pet Loss

How To Find Your Dream Engagement Ring?