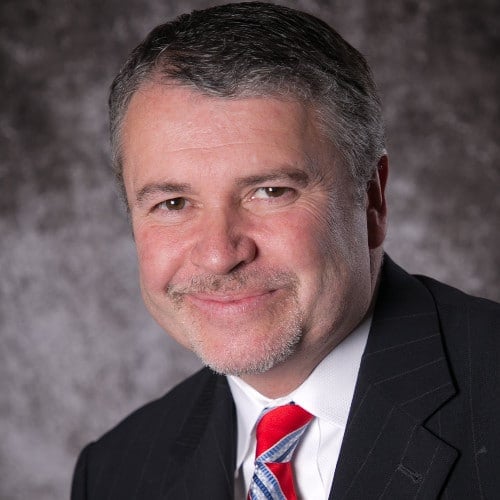 Bill Chinn: It’s been an interesting time. We’re surviving, and, just like everyone else, we’re hoping for a brighter future.

Tell us a little about you and your background – how did you become the CEO of The DEC Network?

Bill Chinn: I started off in the corporate world, spending 20 years at GameStop and ending my career there as Senior Vice President of Stores. I used an MBA at SMU to transition to the world of entrepreneurship. I started a business, which failed miserably, but then I started a second business that actually went very well. I taught entrepreneurship at SMU for a time and then started running a nonprofit that was struggling. I fell in love with the concept of nonprofit, so when this position at The DEC Network came along – which combined the facets of nonprofit and entrepreneurship – I was so excited about that possibility. I feel very fortunate to be here.

How does The DEC Network innovate?

Bill Chinn: The DEC Network serves as a gathering point where entrepreneurs can get together and spark ideas off of each other. We can add to the process that helps folks innovate and get them into that space where they can be creative. As an organization, we try and innovate ourselves, and that’s because it’s a recipe for success and a great example to set. I’m a big believer in the idea that the best ideas come from those closest to your customers, so the more people we bring into that creative space, the better. Taking a democratic approach to the innovation process is always beneficial for our organization.

How did the coronavirus pandemic initially affect The DEC Network, and how are you coping now?

Bill Chinn: The pandemic hit us right before a major event, so we didn’t ease into this crisis – it hit us right between the eyes. Strangely though, that helped our team get our minds around significant changes quickly, and we had to make choices immediately. We realized that we had constituents out there that were already in dire straits; they needed help, and they needed it today. We got our team together, and our entire organization pivoted to get an emergency response out. We had three pillars that we laid out very early on, and we developed programs to help the community, some within only 48 to 72 hours. The folks who work at The DEC Network are really genuine about serving the community, which helped these programs reach a point of success. Our team put in long hours in those early days because they knew entrepreneurs were really desperate for this help. Now we’re at the same spot that many organizations are: out of all the changes we made in response to this emergency, we’re determining which ones we will be retaining and which ones we are not retaining as we move forward.

How has The DEC Network evolved throughout the pandemic?

Bill Chinn: Our organization has really grown in a lot of different ways. We’ve gotten bigger by adding staff to fulfill the need for new programs. We dipped into our cash reserves to pay for these programs, but we realized that money was going to run out fairly quickly. We went to some of our supporters and partners and gave them our plan while letting them know that we already spent the money because we’re in an emergency, and it was a vital need for businesses, so we asked them to help replenish our cash reserves. It’s not the way most people would approach donors, but it was actually really effective in this circumstance. We grew to meet the community’s needs and then fundraised for it after the fact and, shockingly, it worked.

What makes The DEC Network different from other organizations that help entrepreneurs get their businesses started?

What lessons have you learned while adjusting to our new normal?

Bill Chinn: The most important lessons revolve around planning. We had a lot of carefully laid out plans that were all completely disrupted by the pandemic. One of the ways we pivoted out of this crisis was through a planning process. Each member of our team sat down and made 30, 60, and 90-day plans. We spent our time thoughtfully, getting a bunch of really smart people to look at each plan, which really made the difference in our ability to grow and pivot during this crisis.

How do you project yourself and The DEC Network in the future?

Bill Chinn: We’ve really been humbled through this crisis – our future is not really about being the center of entrepreneurship in our community, but it’s about pulling together all of the different pieces that serve the entrepreneurial community and helping to organize that. We’re trying to align other organizations under the banner of promoting entrepreneurship, but not putting ourselves in the center of that.

Bill Chinn: We live in interesting times, so what we’ve seen is that the organizations that have been flexible, nimble, and action-oriented are the ones that will be well-prepared for the future.

How can people get connected with The DEC Network?

Anyone that wants to get involved can email us at info@thedec.co.

Bill Chinn is CEO of The DEC Network (formerly known as the Dallas Entrepreneur Center). The DEC Network is a 501c3 nonprofit organization driving innovation and economic impact by helping entrepreneurs start, build, and grow their businesses. Since 2013, it has launched a number of innovation hubs across DFW that provide entrepreneurs with education, mentorship, community, and advocacy.

Kids After-School Programs and Camps in 2020: Shilpa Dalmia Shares with Us How ActivityHero Supports Kids, Families, and Activity Providers Through COVID Times