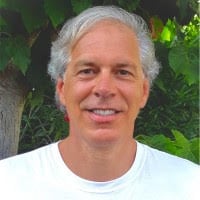 Damiano Bonacchi: We do a lot of smart work and use masks as per our government suggestions.

Tell us about you, your career, how you founded Clobot.

Damiano Bonacchi: All that I remember about my childhood is that I used to play in my parent’s apparel production factory. At the end of the eighties, Prato, the city where I was born and grew up, was teeming with knitwear factories. There were thousands of these kinds of factories in my hometown, and all of them used to manufacture and ship clothes worldwide. Thousands of families and workers were involved in the supply chain of this gigantic industry. The economy was thriving, and you could tell about the industrial dynamism by the noise of the machinery spread out everywhere. By the smell of the fabric all around, nobody would suspect that soon it would all be over.

The word off-shoring was had not yet been coined, and none of the Italian entrepreneurs was familiar with the competition of low-labor costs coming from many different developing countries of the world. Customers began to abandon Italian and, of course, also European apparel manufacturers to place orders in third-world countries. It was a recession for the entire Italian apparel production industry, at the time one of the most important industries in my country.

In 93, I found myself at San Diego State University in the USA, where I drastically interrupted my university career to go back home to help my parents because they decided to off-shore apparel production to Bangladesh. The path was not easy anyhow, but we made it, and we saved ourselves and the business. In fact, new economic growth started again for our company. For the next twenty-five years since that time I have travelled and lived in Bangladesh, China, Mongolia, and Turkey, this kind of apparel production factories didn’t really look like the factory founded by my Grandmother before World War Two, where all the workers were part of a family and where the opulence was distributed, instead of in these compounds at the end of the world only terror and abuse prevailed on workers, they were actually forced into grueling shifts, in extreme working conditions, and for very poor money.

But observing these endless lines of workers intent on carrying out their systematic and repetitive movements, I developed the idea of robotizing the dynamics of assembling clothes.

In 2008 another great recession came, and again we found ourselves on the ropes. This was actually the engine that pushed me to achieve what until then had been only an idea so. I went to Pisa, where there is one of the largest European industrial automation and robotics ecosystems. I met an industrial partner with whom I have engineered the T-Shirt assembly method, and I personally finally patented it.

In 2017 I quit the historical family apparel production factory. In 2018 I applied at the Founder Institute, a Silicon Valley incubator also based in Rome. I completed a six-month acceleration program for Startup and where I met Stefano Iorino, Stefano industrial engineer with whom I founded Clobot.

With Stefano, we have successfully built the T-Bot, the robot that assembles the four components of a T-Shirt. We have used a lot of robotic tools that the automation industry offers, and we are actually pushing the apparel production industry to the next level. Robots reduce the cost of manufacturing by eliminating the unfair competition of low-cost workers on which certain countries leverage to grab entire industries. The T-Bot allows an Italian or a Western company to compete with one that is located in a developing country where the cost of labor is much lower. The T-Bot allows in-shoring apparel production. This also means reducing the cost of pollution coming from the massive moving of apparel goods from Asia to Western countries.

Damiano Bonacchi: We build autonomous apparel production robots, and this technology is supposed to be a disruptive technology.

Damiano Bonacchi: Apparel production industry method at the moment is still characterized by the gathering of workers, we propose a robotic system that needs just one worker: cleaner, faster, cheaper.

Damiano Bonacchi: No stress, no anxiety.

Damiano Bonacchi: Softwear automation, Stoll, Aveiras. Our technology is very ahead compared to theirs. Clobot is running very fast because we found a way to assemble apparel without any support from humans. They still have to prove how they wish to solve this problem.

Damiano Bonacchi: We are about to disrupt the apparel production industry by bringing a new and cheaper way to produce garments.

Zowik Abramov Tells Us How Lensguild, the Booking Platform for Filmmakers & Photographers Took a Step Back during the Pandemic