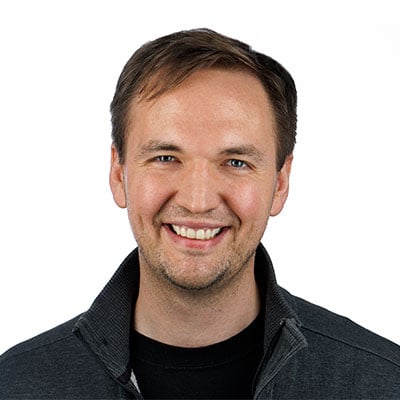 Dan Widing: We’re safe, which is what matters most. I consider my co-founder, Erik, part of my family, and he and I have been practicing Stoicism (think Marcus Aurelius, Seneca, and Epictetus) for quite some time. A big part of our personal philosophy is about accepting what we can’t control.

Tell us about you, your career, how you founded ProdPerfect

Dan Widing: I’d been in software for a very long time, eventually as a Director of Engineering. I started my career with Accenture as a performance analyst for big enterprises. There I learned two key things:

2) All jobs are automatable: performance analysts were hot positions until Application Performance Management (APM) toolsets came by. Nobody in my field thought their job was at risk until suddenly all those jobs disappeared.

As a Director of Engineering, quality assurance was my biggest headache, by far. I decided to quit and found ProdPerfect to follow APM’s same path: use data that tells us how users use an application to tell us exactly how and what to test, taking the tedium away from humans.

Dan Widing: Our product innovates specifically by being a bit radical. Like APM, nobody really believes we can pull this off. Most people think human “art” is too necessary for good quality assurance. I disagree; I think data is better. We’ve grown very quickly over the past 3 years, and I believe the results prove me right. Our radical ambition in this space makes what we’re doing difficult–it’s not a little web app that we’re building, but a fairly unique application of machine learning, and we need to build a lot of deep tech from the ground up–but that very difficulty has made others too intimidated to try to copy us so far. Nobody out there is replicating what we’re doing. The copycat will come, but it’ll come too late.

Here’s what we do that allows us to be so innovative: we let people operate out of their comfort zones. Even most startups (and I’ve worked in many) are fairly conservative: junior engineers do basic work. You need tons of experience to do the difficult work, and then, anything you build needs tons of approvals before you can even get started. At ProdPerfect, we hire a few exceptionally talented (and not always terribly experienced) people and let them loose at problems. Leaders are here to articulate our strategy, prioritize problems and opportunities, provide advice and guidance, and feedback. But engineers aren’t there to do what they’re told: they’re there to solve problems. As a leader, if you need to feel like you’re the one solving the problem–and others are just implementing your solution–you’ll lose some 80% of your team’s potential.

Dan Widing: We’ve always been a remote-first company. We had offices in Boston and San Francisco, but they were optional, and most of the team was already so distributed that we had built the tooling and processes necessary to instantly transition to fully-remote. We didn’t skip a beat.

We’d gotten a lot of flak for this early on, but long before I started ProdPerfect, I’d believed that better remote work technology and real estate pressures would force workers to go remote. I think COVID-19 is just an accelerant. In many ways, we’re lucky it happened now, and not 20 years earlier, when we didn’t have reliable video conferencing or WorkOS platforms.

So to cope, we’ve focused on providing a connection to our team. We take frequent spot-check surveys on how everyone thinks we’re doing across many angles, and on how everyone themselves is holding up. Not surprisingly, we learned that people felt a lot of isolation. We already had a highly cohesive team with a lot of love, so all we had to do was get a volunteer to run a Ministry of Fun, give them a budget, and let them fly. They’re working with the team to make sure we have a Fun Calendar with online board games, poker, movie nights, video games, happy hours, water cooler chats, book clubs, chess, cooking; you name it–even a magic show.

So we found that our team is relying on their teammates more than ever for social support and interaction–this is a necessity on Mazlow’s Hierarchy just above security and safety, so we knew we had to prioritize it. I’m really proud of how everyone on the team has shown compassion and care for each other during what is collectively the toughest year of our lives.

Dan Widing: We did implement a fairly large reduction in force, we scaled back our sales goals for the year pretty dramatically, and we got rid of customers that were too high cost or a bad fit. This was excruciating. It took a lot of soul-searching to be able to do any of these. The team felt awful for a while but quickly decided we either made the right decisions or at least that we made the best decisions with the information we had. We’re now much healthier than we were even before the pandemic hit: we’re more focused, we’re more disciplined, and our results are far more predictable.

Ultimately, the pandemic surfaced some challenges that had been masked over by tons of revenue growth. When hypergrowth wasn’t something we could keep betting on in the short-term, we were forced to take an in-depth look inside and figure out how to fix a lot of the problems we had and pay a lot of “debt:” tech debt, product-market fit debt, even culture debt. With that focus, we have massively improved our margins, improved our scalability, made our current customers even happier, brought on customers with extreme regularity and predictability, and built a stronger culture than we’ve ever had before.

The biggest lesson I learned is this: the fastest path to success may not be the one you’re on now. Whatever path we’re on, we tend to get attached to it. If we say, “I’m changing the plan,” it feels a lot like failure, so we avoid it as much as we can. But it’s not failure: it’s recognizing that the decision you made 2 years ago is not necessarily appropriate with new circumstances. My executive team has become much more open to constantly evolving, rather than putting our heads down and blindly barreling forward as fast as possible.

How do you deal with stress and anxiety? How do you project yourself and ProdPerfect in the future?

Dan Widing: I’m a bit of a robot, so for me, it’s all about just working on what I can control, and that’s mostly helping my team succeed. I’ve gotten a (socially distanced, outside) trainer to help me get back in shape, too. But for the team as a whole, that deeper level of cohesion and camaraderie we’ve built makes us incredibly robust and resilient. Every indicator I’m seeing is that our team resiliency is a few sigma ahead of the mean. We’re going to keep investing in that, and it’s going to keep paying dividends through the many crises and challenges that I’m sure will come rolling our way.

Dan Widing: Our competitors are all some form of a better framework for QA automation engineers to build QA automation. We’re eliminating the need to do that entirely. I’m not worried. As Henry Ford said, “If I’d asked people what they wanted, they would have said, ‘a faster horse.'” We’re not sweating the folks building faster horses.

Dan Widing: Right now, you probably feel like you have less time than you’ve ever had, and putting significantly more investment into your team and your culture is something you can’t afford. Or, you’re probably patting yourself on the back because you have some remote happy hours set up. Turn that mindset on its head: right now, you can’t afford not to strengthen your team’s social cohesion and resiliency. The world is more chaotic than almost anyone alive has ever seen. Don’t try to be a hero to save folks from the world: empower them to come together as a group and be rocks of support for each other. Give them space, listen, get things started, get everyone involved, and get the heck out of the way (but do keep participating).

Where are the Jobs and the Jobseekers? Morewithus – Everyday Jobs Co-Founder, Amadu Bah, Tells Us about the New Approach to Job Search and Hiring For Young People