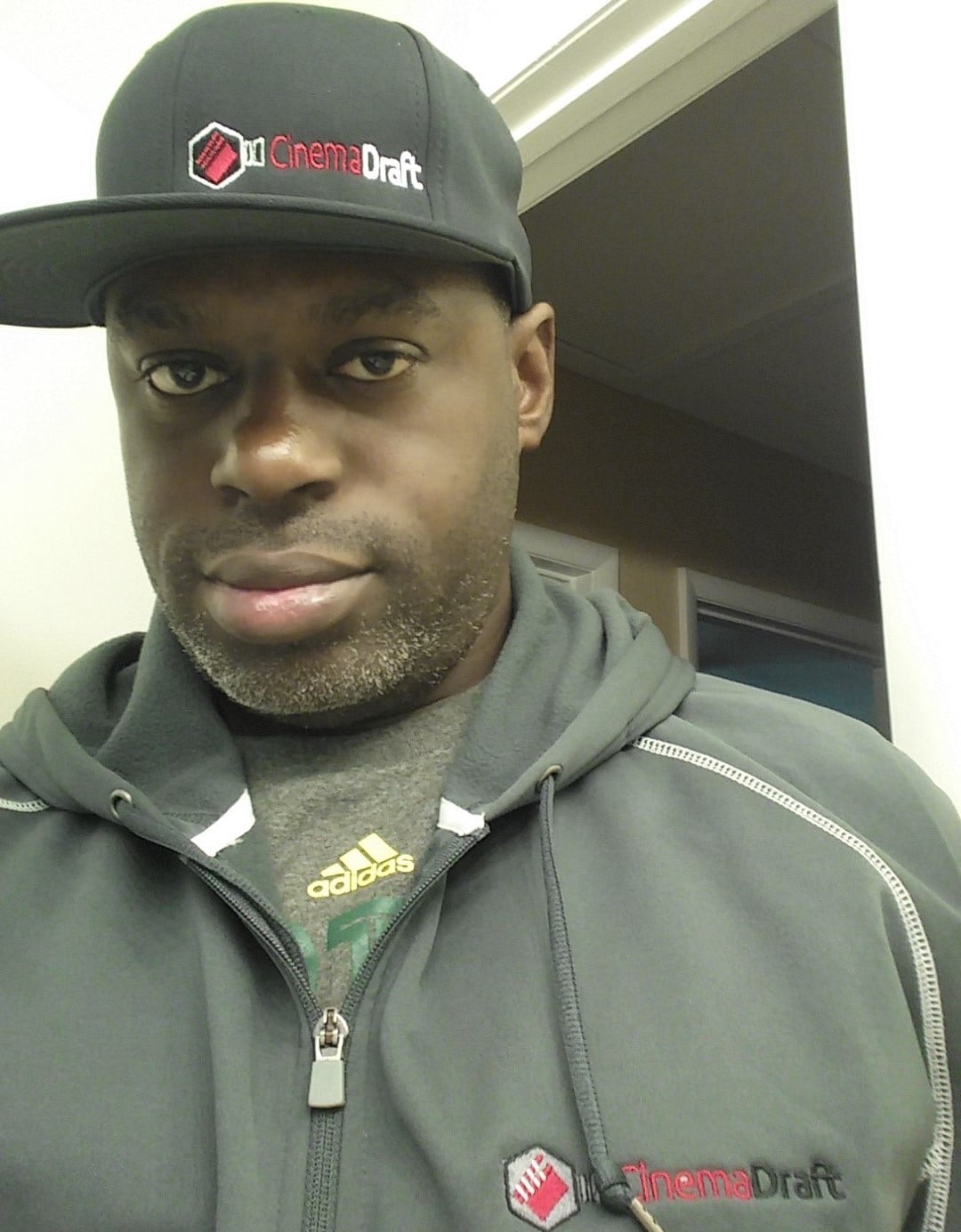 We talked to Edwardo Jackson of CinemaDraft about fantasy sports-style games for movies.

Edwardo Jackson: We’re fine, thank you. Not a lot was changed with my lifestyle, so I was better prepared than most to endure an extended quarantine. Hope all is well with you and yours, too.

Tell us about you, your career, how you founded CinemaDraft.

Edwardo Jackson: I won’t go too much into it, as I’ve had several careers by this point in my life (44), but I’ve always had the inclination to gamify movie box office results. As a young writer working on the fringes of Hollywood in the ’00s, I used to play a game with my managers called Box Office Pimp (terrible name, I know) where we would try and guess the amount of money the opening releases would make in the North American market.

The idea to do CinemaDraft came to me from that latent idea in early 2015 while I was enjoying playing on DraftKings and the DFS (daily fantasy sports) community’s run-up to prominence. It just made sense to me to make a fantasy-sports style of game for the movies.

Edwardo Jackson: As an under-resourced, bootstrapped, pre-revenue startup, our team is very small. It’s mostly just me going on daily walks, crunching through a problem through my head, and obsessing about it until I come to a solution.

Outside of that, we have enjoyed considerable innovation through collaboration. More so on the design side, I am in constant contact with our wonderful new Senior UI/UX Designer, Palak Kathuria, where the best way forward on a design element usually comes from some intellectual back and forth. And if there’s ever an impasse, I’m fond of trotting out a quick, cheap survey on Amazon Mechanical Turk to embrace data to break the tie. Even in some instances where the data let me “win” the argument, I’ve come around to see her point or a third way. Additionally, our CTO team, Nurture Labs, led by Yash Agarwal and Shiva Mangal, are constantly consuming information on the cryptocurrency and startup industries, where we get new ideas almost weekly of how to make our project better.

Edwardo Jackson: The shuttering of movie theaters in March here in the United States forced me to accelerate a game variant I hadn’t planned on executing for about a year all the way up to the front-burner. We have been alpha testing a streaming TV content version of the CinemaDraft game that we call DraftStream. It’s clunky and spreadsheet-based so far so that we can perfect the game mechanics while the developers finish the pivot from our movie game to our streaming game.

I love movies! I hope to return to the movie theater when it is SAFE. It is not safe in this country and doesn’t see myself returning to a movie theater until there’s at least contact tracing and/or a vaccine.

Edwardo Jackson: I’m an African-American non-technical solo founder who did not work or live in Silicon Valley, nor went to an Ivy League school to enjoy the “natural” exclusionary networks that tend to fund projects like mine. My entire existence, four years, has been an ongoing “difficult choice.”

The main lesson I’ve learned is one I learned early on when trying to get my book deal at 25 nearly twenty years ago: No one’s going to help you until you have already helped yourself. That, plus living the statistic these past four years of digital panhandling that fewer than 1% of African-American founders receive venture capital, and it has forced me to be ever more resilient, self-sufficient, and innovative in navigating the startup business landscape. It forced me into the eventual revenue stream we are at that will free us from needing outside capital to make our business take off.

How do you deal with stress and anxiety? How do you project yourself and CinemaDraft in the future?

Edwardo Jackson: Is therapy an acceptable answer? Well, it’s not the main thing, but it helps to talk to a professional. I have a great advisor on our project, Anton Alferness, a serial entrepreneur who is, first and foremost, my perpetual men’s league basketball teammate and friend who is good at framing things for me in my tech startup journey. When my knees are holding up, pre-pandemic, I was an avid basketball player, liked to go to the batting cage every now and then, and ride my bike around the flat, Las Vegas desert landscape. Who knows when I’ll be able to enjoy group sports again? And movies, of course. I’m watching lots and lots of movies and TV!

As far as projecting the future of this company and myself, I would refer you to our investor proposal! But I liken CinemaDraft as becoming the DraftKings for Hollywood and a multi-billion dollar profitable company with dozens of game variants in several fields outside entertainment that both gives money away playing a free game while also earning others passive income from our innovative, crypto-based engagement products we are cooking up for the future. I would love to, somehow, get to a point where I can also finance the production of some of the great, unproduced scripts I have sitting on my hard drive.

Edwardo Jackson: FantasyMovieLeague.com. As far as I know, they have paused their product/game while Americans have largely avoided returning to movie theaters. I am pretty confident that my natural, seven-plus year affinity for bitcoin and crypto will differentiate us in ways far beyond the quality improvements the mere CinemaDraft game already has over theirs. Our decentralized app smart token in-game token, CD3D, will attract a whole other demographic to the contract and, eventually, to the game to which our competitors would not usually have access.

Edwardo Jackson: Not sure how you heard about me, but I appreciate your time. I hope that once our pivot and relaunch will be complete Q4 2020. We will be able to challenge and entertain those at home who are taking their health and of others as seriously as need be in order to get through this unfortunate time together.

Relationships will Carry Us through Anything