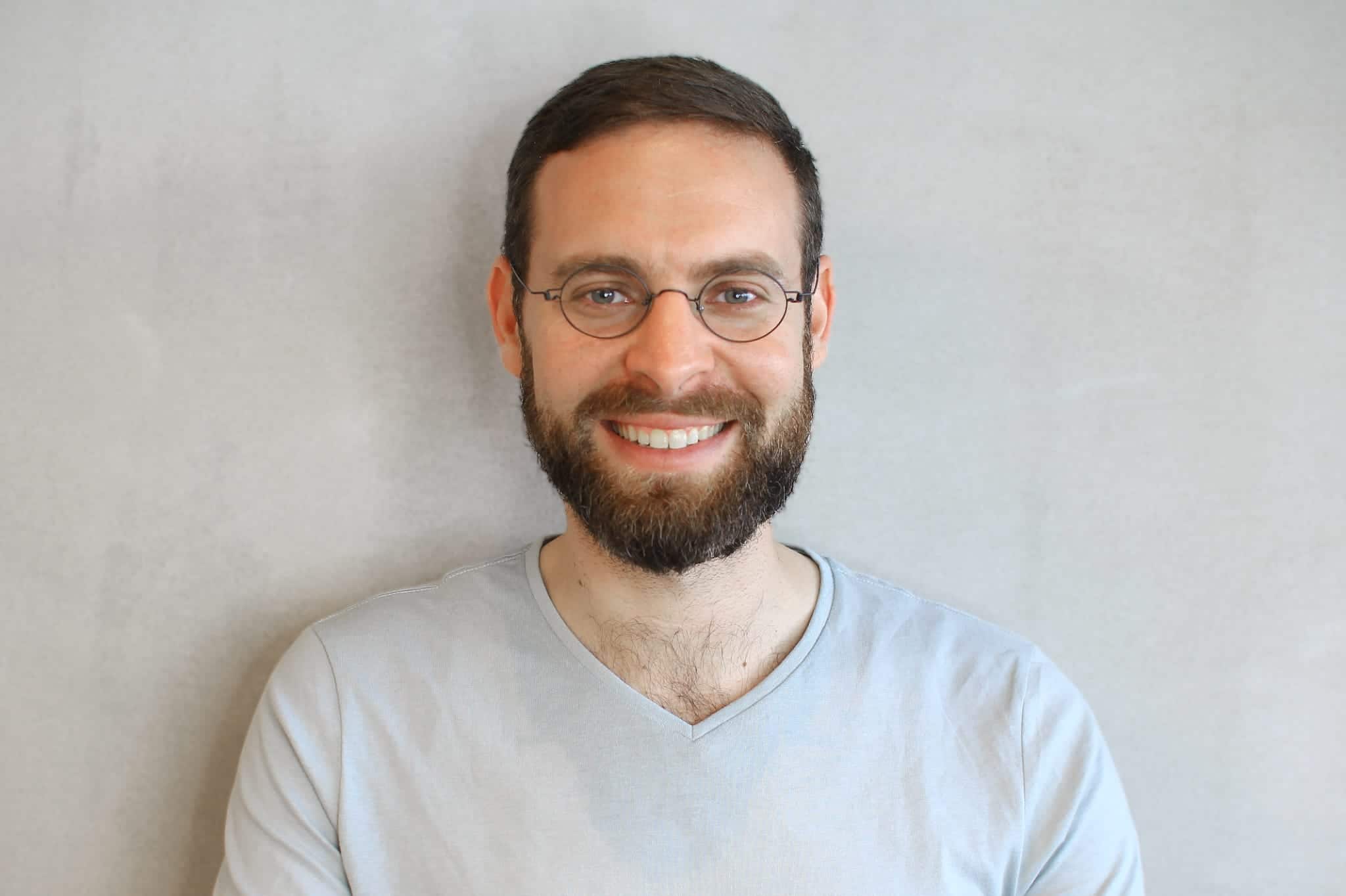 Elad Spiegelman, Co-Founder, and COO of Darrow tells us how to fix the broken justice system using technology.

Tell us about you, your career, and how you founded Darrow.

Elad Spiegelman: My background (both personal and professional) is not very typical of an Israeli hi-tech entrepreneur. I came from a religious family and spent most of my childhood, adolescence, and early adulthood in this framework. After the army, I decided to become a rabbi and got married at a young age (22); but I ultimately dropped out of rabbinical school when I understood that my impact on the world would be too small and the approaches were too narrow. Following in my father’s footsteps, I changed course and went to law school. Right away, I fell in love with the law and spent those years immersed in deep thought and debate on the most important issues and questions surrounding truth and justice. I couldn’t wait to get in the game and put my skills to use, and I was thrilled to accept a highly coveted clerkship at the Israeli Supreme Court. But almost immediately, I realized that something was missing from the justice system, namely, its glaring lack of capacity to deal with the mass of legal proceedings. This feeling was solidified when I went on to work at a private law firm where the lack of technology caused extreme inefficiencies. In those days, I would often commiserate with a good friend from law school (and my to-be co-founder), Evya, who found himself in a similar position. We were in an ongoing conversation about the challenges and frustrations we both faced in our respective legal careers.

One major realization was that a lot of legal violations go completely unnoticed and never even make it to court, which we saw as a serious and blatant barrier to justice. We discussed founding an NGO or some kind of service-oriented business around this issue, but it was Gila Hayat (our third co-founder and CTO) who ultimately revealed this to be a problem of intelligence gathering. I had a bit of a background in computer science, having taught myself coding during high school and rabbinical school. The three of us connected over ideology and a deep motivation to fix the broken justice system but quickly understood the solution had to be a technological one and that we were also serving a significant market gap. Together, we co-founded Darrow in January 2020 and have since grown from a scrappy startup to an incredible company with more than 80 employees in Tel Aviv and New York.

How does Darrow innovate?

Elad Spiegelman: First and foremost, we make sure that all Darrowers are given free rein from the get-go to be themselves in every way. We know people create and innovate differently and that our job is to provide an environment for each and everyone to fly and make their own magic.

It might sound cliché, but everyone who works at Darrow truly believes they are part of something very special – that we are changing the world for the better. This makes us highly motivated to innovate and constantly strive to be pioneers leading the data-for-justice revolution. We are establishing an entirely new sector: justice intelligence. We know this takes vision and an ability to see the future in ways others cannot. It’s more than solving a market gap – it’s about creating a new reality. And we do this by…talking to each other. These conversations are constantly happening – over lunch, at a party, smoke breaks on the balcony, etc. And everyone participates, regardless of their role.

Transparency and participation are crucial for innovation to thrive – there are no spectators at Darrow. A great example: our strategic plan was developed in conversation with the entire company rather than in some exclusive c-level meeting room. No decision here is made without deep reflection and providing everyone with the ability to participate and even change the outcome. When someone joins our team, even on their first day, they absolutely have the right to challenge authority. That includes my authority, the authority of any founder or manager, process, or structure they encounter. In fact, they have an obligation to make that challenge – because we’re on the same team, and we’re all seeking the truth. There is just one condition: when you make that challenge, it has to come from a real conviction that it’s the right thing. Almost everyone at Darrow has an unconventional background for a high-tech company (myself included). We are a team of lawyers and data scientists, and many Darrowers came to us from academia, the arts, and the nonprofit sector. This allows us to approach questions and challenges from many angles and perspectives.

When you enter Darrow, one of the first things you will see is a huge neon sign that says “YOU GET THIS” – clearly a mistake was made by whoever was responsible for designing our new office. But rather than replacing the E with an O to read the intended initially and far more conventional phrase, “YOU GOT THIS,” we decided to leave the sign as is. “You get this” has become Darrow’s motto, a slogan we use to encourage each other through challenging moments. It reminds us not to take ourselves too seriously; mistakes will happen, and usually, the result will be far more interesting and original. Once you stop being afraid of mistakes and own them as a way to learn, you have no limits.

How did the coronavirus affect your business?

Elad Spiegelman: Darrow was founded two months before the pandemic arrived, so we built everything within this context. Still, it was a huge challenge for me as the only co-founder (and one of the only early employees) with children at home (I have 3). There was no pressure from the team whatsoever – everyone was totally understanding – but I felt left out and suffered from severe FOMO. Darrow felt like a safe place for me, and I just wanted to be there, but I couldn’t because I had to take care of my family at home. I don’t have a lesson or a conclusion here. It’s just a fact that there will be conflicts when you do something you truly love and have people at home that you love. And sometimes, that really sucks.

What are the current trends in the legal industry, and how fast is it changing?

Elad Spiegelman: LegalTech and the increasing adoption of technology in the legal profession is an undeniable trend – and a great and necessary one. The younger generation of lawyers coming in is simply not willing to use old, outdated practices. This is what we call “Law 2.0” – the increasing digitization of the legal practice that is making firms run much more efficiently, saving lawyers from a lot of busywork: research tools, case management systems, e-filing, and document review software.

Darrow is focused on writing the next chapter: Law 3.0. We are living in the age of democratization – a process that every other industry has at least begun. What search engines did to information, what open source did to software, what crypto is doing to finance…justice intelligence will do to law.

Tell us more about your platform/technology.

Elad Spiegelman: Every day, millions of people around the world are seriously harmed by legal violations that go completely undetected, from cancer-causing air pollution to private violations endangering sensitive information, to defective medications causing irreversible damage. It’s nearly impossible to find them in the sea of data – let alone build a case around them. Darrow finds undetected legal violations and brings them to justice. Our proprietary software detects harmful events, connects the legal dots, and predicts the financial value of each case. It works by fusing relevant data points from across the web, identifying potentially harmful events in the data, extracting factual patterns in legal databases, and comparing events to those patterns to determine whether a legal violation has occurred. We also evaluate the risk entailed in bringing a case to court based on the underlying event and previous litigation.

What are the next steps for the company?

Elad Spiegelman: Rule number one of any product roadmap is not to commit to anything. I can say that Darrow is engaged in an ongoing mission to achieve our vision of doing the future justice. We are teaching the law to a machine, which is a very heavy and cumbersome process. We would like to get into more legal domains and procedures and expand into more verticals.

How do you see the future of the legal field?

Elad Spiegelman: In Law 3.0, the very concept of lawyering will change dramatically into two disciplines: legal engineers and legal experts. The former will build the machines, while the latter will deal with borderline cases that require special proficiencies.