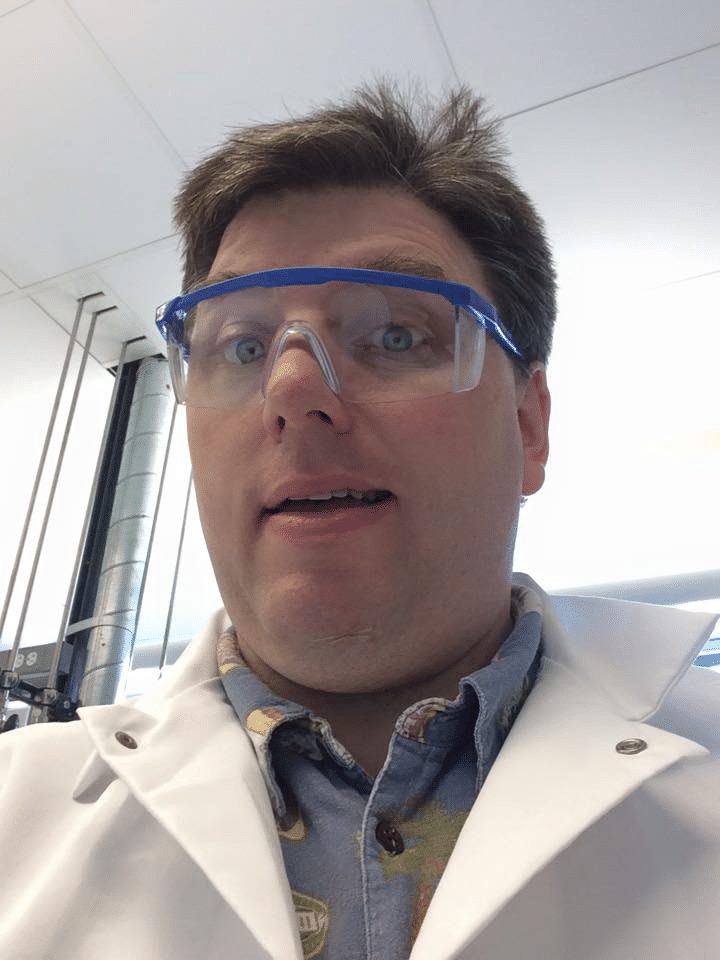 With a two-decade career in science training and advocacy, Eric Adrian Jackson both creates inclusive, diverse, and kind learning environments as well as inspires others to do the same.  He has worked for the public school system in Massachusetts, the Massachusetts community college system, the National Science Foundation (via a grant through Boston University), and the Museum of Science, Boston.

Eric Adrian Jackson holds a Master’s degree in biology from Saint Joseph’s University in Hartford, MA, and holds his Bachelor’s in neuroscience from Drew University in Madison, NJ.

Married since before the turn of the century to his best friend, Eric and his wife enjoy attending fan conventions in cosplay, Frank Turner concerts, and watching Disney movies as well as reading, writing, and telling stories. Many of these stories are in the form of table-top roleplaying games, which Eric participates in both for fun and professionally as a member of Dark Phoenix Events.  Additionally, he is a published author in the field of role-playing games and fantasy genre fiction.

Active in his local community, Eric Adrian Jackson previously held the position of Library Trustee for 9 years through which he has supported equal access and freedom of speech issues. More importantly, he has hosted the Young Adult Tabletop Roleplaying group at that same library for 15 years where he has helped inspire the next generation of gamers.

How did you get started?

Both of my parents are teachers so my preparation to become one started pretty early. Rather than supporting me, both of my parents wanted to protect me from teaching, claiming that the pay was nowhere near enough for the amount of work I would have to put out.  They also believed there just wasn’t a lot of respect for the profession, both then and now.

This whole situation reached a head when I took an educational psychology course as part of my neuroscience undergraduate program. My mother took an afternoon off from work to come to my school to threaten me not to become a teacher.  “If you do”, she said, “Your father will break your left leg and I will break your right.”  I promised not to go into teaching.

Skip ahead 15 years and I’ve gone through careers as a bench microbiologist, research scientist, retail store manager, hospital administrative assistant, and database programmer. The last of which had just laid me off right as my wife and I had just purchased our first house.  I was fresh out of ideas on what to do when my wife pointed out, “At each of your past jobs you’ve become the trainer, maybe you should try teaching.”  Given my promise to my mom all those years ago I hadn’t really put that all together until then, but it seemed like a good fit.

I did some substituting to make sure I enjoyed working with teenagers, which I did, and then I got an opportunity to fill in for a science position at Dracut High School. That’s where I stayed for 19 years.

I’m kind. That must be first. Kindness allows for understanding the needs of the stakeholders.

The second, is listening. Without the ability to listen carefully I won’t be able to hear what my stakeholders are communicating.

Finally, my learning is both broad and deep. I’ve had a variety of careers which allow me to access a variety of talents, tools, and associations. More than two decades of curriculum design gives me deep pockets to store dozens of techniques to reframe knowledge and skills that best reflects what my stakeholders have communicated to me.

So kindness, an ability to listen, and a knowledge base that is both deep and broad.

What is one habit of yours that makes you more productive?

As an independent Instructional Designer, I work at the same computer I play on.  Initially, this led to long hours that never seemed to stop because there is always more work to do.

I’ve recently started keeping a two-sided Post-It on my desk, with one side marked “Work” and the other marked “Play”.  This reminds me to keep to my scheduled work times and also lets me rest and rejuvenate so I can come back to the task refreshed and rested.

What has been your most satisfying moment in your professional career?

The introduction of dual enrollment classes to the science department. I brought up the idea to my department chair, who then promptly placed most of the research into my queue. I interfaced with the administration and faculty at Middlesex Community College with whom I reviewed our catalog of classes and discovered that two classes fit nicely into their catalog.

With their input in hand, through my department chair, presented the idea to our school administration. I answered questions on the day and worked out others in the following weeks. By the end of the first semester, we had a plan in place and were able to offer the classes to next year’s students.

If you were to start again, what would you do differently?

Not much really. My mistakes have led to other opportunities that I never would have predicted.

Like in science, if an experiment fails it just teaches us what not to do next time. I wouldn’t know what I didn’t want if I hadn’t made the choices I’ve made.

What advice would you give your younger self?

You are smarter than you think.

Bravery is not the lack of fear, but the ability to function when fear arrives.

You’re doing okay kid, don’t beat yourself up so much.

And enjoy the naps.

How do I complete the Telstra Webmail Login procedure?