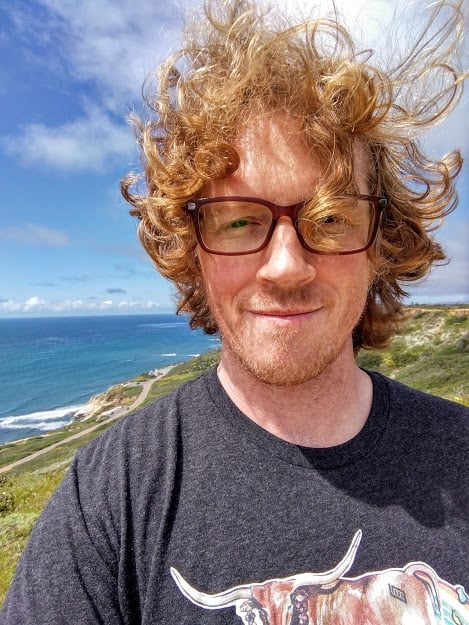 First of all, how are you and your Family doing in these COVID-19 Times?

Brett Florio: We’ve been extraordinarily lucky thus far. Aside from the extroverts in my family (myself included) getting restless, we’ve been far more fortunate than most. One of our Foxy team got a not-great case of COVID, but we’re very thankful he’s mostly recovered. 2020 has undoubtedly been a bit of a year so far.

Tell us about you, your Career, how you founded FoxyCart

Brett Florio: Like many in the earlier days of the web, I stumbled into tech through a series of “I think I could do that” adventures. By the mid-2000s, I had a small company that handled technical builds for less-technical design shops that generally had more of a print than web background. I’m a generalist and a problem solver, and every eCommerce build we did let’s just say it wasn’t fun. This is back when osCommerce and ZenCart were the main options, and I knew the IE6 CSS hacks like the back of my hand.

With every eCommerce site we built, I thought, “Surely there’s a better way.” But after dozens of sites, I realized no amount of further Googling would turn up a better option, so I started mapping out what I wanted in an eCommerce platform. Foxy was born when I realized if I wanted it, others probably would as well. We launched in 2007, and we’ve helped thousands and thousands of merchants process billions of dollars in sales, and I’ve got to do it with truly fantastic people at my side.

How does FoxyCart Innovate?

Brett Florio: Because Foxy was built to solve my own pain in integrating eCommerce into existing frameworks, CMSs, and static sites, we’ve always been very deliberate being solutions- and user-focused. Foxy exists to make it easier for devs to add custom eCommerce to their systems. But…

It’s not necessarily about giving users what they ask for. What I try to do in my role as a product manager is to understand the problem people want to solve, and not necessarily the solution they think they want. Sometimes this makes it more difficult to communicate and market our approach, and Foxy isn’t the perfect eCommerce platform for everybody.

But we’re fairly unique in our approach to hosted and headless eCommerce.

How the Coronavirus Pandemic affects your Business, and how are you coping?

Brett Florio: We’ve been a fully remote company since our founding, so the main impacts we’ve seen are twofold: new users, and new types of users. Especially in the beginning, when most of the world locked down, we were overwhelmed with helping new signups. We’re often fairly involved in onboarding new merchants and ensuring they get everything they need, so that took its toll (though thankfully, it kept us occupied).

But more than that, we’ve needed to focus on new features for the many merchants transitioning from retail to delivery or customer pickup approaches. Things like date and time delivery and pickup selections or local delivery areas are mapped out by distances or drawn in Google Maps. We’ve also helped many merchants not only take their brick-and-mortar stores online but start subscriptions and auto-ship packages as well.

Did you have to make Difficult Choices, and what are the Lessons Learned?

How do you deal with Stress and Anxiety? How do you project yourself and FoxyCart in the Future?

Brett Florio: Personally, I play music (Dobro, guitar, other things with strings). As a team, we try to maintain a very relaxed culture that’s open to each person’s needs for time away.

As a 13+-year-old company, we deal with a fair amount of technical debt, so we’ve been actively modernizing and improving our various codebases and infrastructure. That’s been a large stress relief to everybody, which has been nice, even in the midst of global problems.

Who are your Competitors? And how do you plan to stay in the Game?

Brett Florio: There are a truly huge number of eCommerce solutions out there, but Shopify obviously the biggie, and to their credit, it’s a really nice system. But Foxy is built from the ground up to integrate, both for one-off quick and dirty static eCommerce sites and complex custom eCommerce deployments with thousands of stores. We’ll continue on that path, but we’re focusing on 3rd party integrations, static site generators, CRMs, and more.

We’re continuing to innovate and roll out new solutions, and nearly all of our front-end functionality we’re currently (re)building and releasing as open source.

Brett Florio: For over 13 years, we’ve helped everybody from micro-businesses to Fortune 500 companies handle their cart and checkout flow. Please reach out if you’re looking to add custom eCommerce to your systems without reinventing the wheel.

I Co-founded Tillhub, with the Vision of paving the way for Retailers into Digitalization, says Tim Seithe