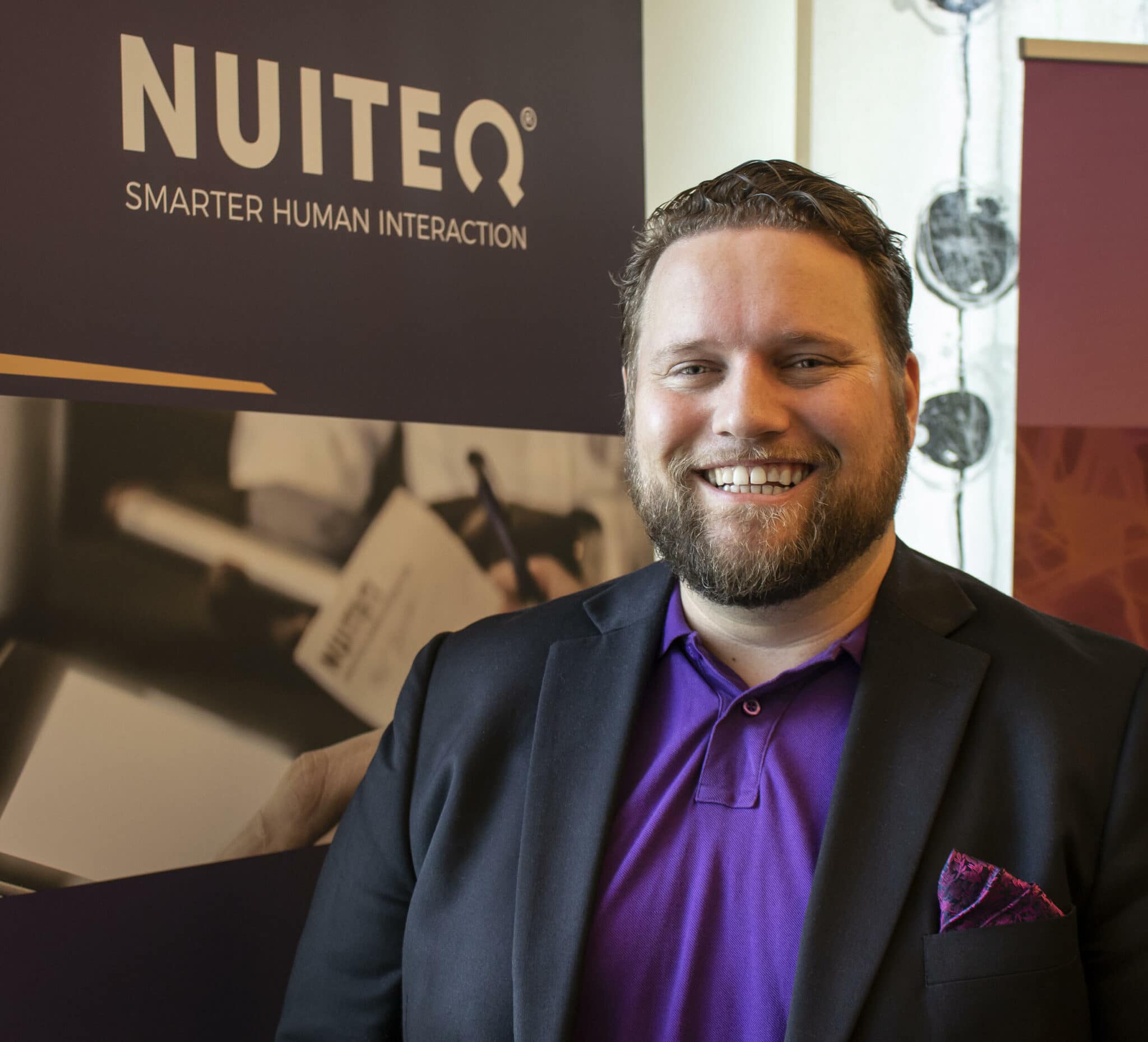 Harry van der Veen: We’re doing well, thank you for asking. In November my family and I recovered from a mild version of COVID. We feel lucky and thankful and we believe that 2021 will be a great year.

Tell us about you, your career, and how you founded NUITEQ.

Harry van der Veen: I’m originally from the Netherlands where I studied Communication, Multimedia, and Design. During the final phase of my studies, as one of the first people in the world, I engineered a touchscreen prototype that allowed multiple people to touch the screen simultaneously, a so-called multitouch display, this was before the Apple iPhone was launched. During that project, I had co-founded an online community where people around the world could share their ideas on how to create these multitouch displays and software for these displays.

Through that community, I came in touch with an assistant professor from the Luleå Technical University in Skellefteå in Sweden, who had heard about my project. He invited me to the North of Sweden for a 3-month internship in 2007. He said, “we have several students here that want to create a similar project to what you have been doing, so maybe you want to come here and collaborate with them, so they can learn from you and vice versa.”

During that internship, I kept a personal blog where I wrote about our project and shared our research and development results. Through that blog, we were contacted by the US military, large well-known US companies, and wealthy individuals in the Middle East, asking “Can we buy this technology” and “Is this technology commercially available”? At that point, as we were so passionate about this technology and we thought that this technology would change the way we would work and learn, we decided to start our company NUITEQ and I became the CEO, to be honest, probably simply because all the other team members were great software engineers and I was the only one with limited coding skills 🙂 and I enjoyed management. Fast forward 14 years to today and we’ve raised multiple rounds of venture capital, grew the company from 5 to 42 people and we have staff in Sweden, India, Brazil, Dominican Republic, Germany, USA, and Canada. Today we develop collaborative software solutions for in-class and remote education as well as remote working, which is currently quite hot due to the pandemic. You might find this link useful.

How does NUITEQ innovate?

Harry van der Veen: Innovation is at the core of what we do since we started the company 14 years ago. We have a culture of failing to be ok, as long as you learn from your mistakes, so we stimulate people to try new things. Our team loves innovation and experimenting with new technologies. One example of how we innovate is that we offer our software engineers the opportunity to spend 2 days per month on a project of their own choice, which doesn’t have to do anything with the company. We basically wanted to create a sandbox environment where their creativity can flourish and we had some fantastic results over the years and actually one of these hack day projects became a successful product. We looked at for example Google, two of their big products Gmail and Google maps were products created by engineers because that is what they wanted to build, so a successful example of a bottom-up approach, rather than only letting management dictate what to build.

Harry van der Veen: Thankfully we had a good 2020, which was similar to 2019 in terms of revenue, so we feel blessed because we have seen many companies drop revenue by 50-85% or even close down their business. 2021 promises to be our best year in company history as there is a tremendous increase in interest for our remote education solution NUITEQ Snowflake as well as remote working solution NUITEQ Stage, which is similar to Zoom and Teams with the added functionality of an online whiteboard in the browser. Revenue wise we expect to grow above 25% this year and the upcoming years look extremely bright.

Did you have to make difficult choices regarding human resources and what are the lessons learned?

Harry van der Veen: Luckily we did not have to lay off any staff and we instead actually grew our team during the pandemic. Some lessons learned from entrepreneurs around me is that there are in some countries possibilities to get financial government support. A thing I learned myself is that it is important to stay positive and hopeful. Many companies had knee-jerk reactions, stopping many expenses to suppliers and contractors. I felt that this would create a downward spiral that is affecting many people, so I refused to react too quickly and just kept working with our contractors in the same way, which worked out in the end, which I’m proud of.

Harry van der Veen: Some of our partners experienced financial challenges and we offered them flexibility on payment terms, as we were able to afford that, given our financial stability. This was very much appreciated by them and this has created a stronger partnership and relationship because when the times became tough and challenging, we were there to support our partners as best as we could. A lesson learned there was also “raise money when you don’t need it”. In the previous year, we actually had raised some venture capital that we didn’t really need, so in hindsight, this was great that we had done that. Also, we’ve used our own product NUITEQ Stage a lot to be in closer contact with our customers and partners and that has worked well. NUITEQ has been a company with remote working forces since its inception 14 years ago, so for us, the transition was not really that significant when we switched to working from home, as we already had all the digital tools in place to do so. In times like these one feels especially thankful that we have the internet and great pieces of technology like Slack, email, and cloud-based document management.

Harry van der Veen: The Swedish government had a program where depending on how many staff you had and what their salaries were, you’d get a certain contribution. This was not a grant that you had to apply for, you’d get it by default as a deduction on the tax. In total it was for 4 months and for our company it was roughly 10 000 EUR per month, so 40 000 EUR in total and even though we didn’t really need the money as badly as other companies, it was, of course, welcomed with open arms. We’re thankful that the government supports hard-working entrepreneurs, as they are the backbone of society.

Harry van der Veen: I just want to round up with some words of positivity and hope. Mankind has been tremendously challenged in the last year, but I see the light at the end of the tunnel. The vaccines are coming and I’m hopeful that things will improve significantly in the upcoming months. If you’ve kept being persistent throughout this time, keep it up, we’re almost there. After the rain, there will be sunshine.

Fighting the Pandemic with Beauty

Learning to Find Balance during a Pandemic