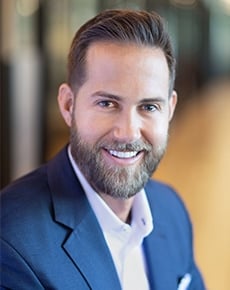 Jason Peterson: All things considered, we are thriving in an otherwise unprecedented environment. We have figured out how to maintain a healthy lifestyle by focusing on outdoor activities and sports such as surfing.

Tell us about you, your career, how you founded GoDigital.

Jason Peterson: I grew up in Santa Barbara, CA, and have always been both left and right-brained, good in school, and interested in the arts. In grade school, I tried my hand at playing music, but I knew my potential was limited the day a friend sat down at the piano and played and sang the entirety of ‘Walking in Memphis’ by Marc Cohn after hearing it once on the radio. That’s a gift I don’t have. Then I tried my hand at directing a forty-five-minute action film in high school – which is very ambitious for a bunch of 17-year olds. It was pre-9/11, and we broke more laws than can be counted, including breaking into an unmanned broadcast facility on top of the mountain in full fatigues carrying replica assault rifles. Many thanks to my dad for supporting the legal parts of the effort.

On the back of this experience, I decided to go to the University of Southern California (“USC”) for business and film school. There I had the same experience I had with music – tons of talented creatives and no one to handle their business. Therein I found my niche: providing creative people with the business partner they need to be successful.

In 2001 at USC, as part of a business school project, I developed a forecast for the paradigm shift from physical goods like DVDs and CDs to digital goods. Then in 2002, I went on to produce a full-length music centric narrative feature film titled “The Beat” with Scott Speer and Ryan Seashore that premiered at Sundance in January 2003. It was kind of like an independent ‘8 Mile’ with Coolio and Brian McKnight and a bunch of developing artists. Scott Speer was really a director, and The Beat got our foot in the door producing and directing music videos for all of the major and independent labels, respectively. In 2004 I went to law school at Pepperdine. In 2005, while at Pepperdine, Ryan Seashore introduced me to Master P, who was at the time one of the ‘big 3’ rap moguls alongside Sean ‘P-Diddy’ Combs and Jay-Z. Master P showed up for a meeting at Jerry’s Famous Deli in Westwood with no grill, no chains, no entourage, looking like a normal person. He turned off his Blackberry on Suge Knight and listened to me talk for two hours. Master P gave me a five year worldwide exclusive deal to do all his digital distribution. I had nothing, just an idea. I called Bruno Ybarra at Apple the next day and got a deal with iTunes so Apple would have Master P’s music. That was the genesis of GoDigital, and the rest is history.

How does GoDigital innovate?

Jason Peterson: Innovation is cultural. We empower good ideas to come from anyone anywhere. We also celebrate well-reasoned risk-managed failures. Fear of failure has no place in an innovative or entrepreneurial environment. You’d be surprised how many people have a fear of rejection if they are perceived as failing at a task. We sent our executives to therapy to metabolize any fear of failure that might have been nurtured or traumatized into them. For software development, we have a formal process, but anyone can submit an idea as a project charter, and as long as they get a sponsor, it will be considered in committee.

Jason Peterson: While we have offices around the world, everything is in the cloud, so going remote was very feasible. Recorded music and video consumption are up, so we are having our best year ever.

Jason Peterson: With regard to the pandemic, luckily we were spared having to lay anyone off.

How do you deal with stress and anxiety? How do you project yourself and GoDigital in the future?

Jason Peterson: The quality of our emotions is the quality of our life. Therefore life is all about how we feel, and the energy we put out is the energy we get back, which over time and repetition creates beliefs and identity. I endeavor to live in a positive, clear, inspired feeling state all of the time. Being in this feeling state overtime literally attracts success without it feeling like an effort. I fundamental positive feeling state can be achieved first and foremost through therapeutic techniques like Dr. Robert Miller’s Image Transformation Therapy and Jesse Torgerson’s breathwork that metabolize stored trauma and the fear-based holding patterns that result. Wim Hof is becoming ever more famous because of his breathwork techniques work. Once a baseline of emotional health is achieved, proper sleep, nutrition, and exercise are paramount in creating clarity and inspiration. The world is a little more colorful every time I get out of the ocean after an epic surf.

Jason Peterson: We are a significant middle-market firm but mostly compete with the major media conglomerates and their subsidiaries. We are able to compete on the basis of trusting relationships and a demonstrable track record of performance. Some of the major media companies like Disney actually use our software to run mission-critical parts of their business. Just because a company is bigger than you does not mean they are smarter or execute better. That was a lesson I had to learn. I used to think that just because someone was older, more experienced, or at a larger firm meant they had it all figured out. Not true.

Turn Crisis into Opportunity with Positivity