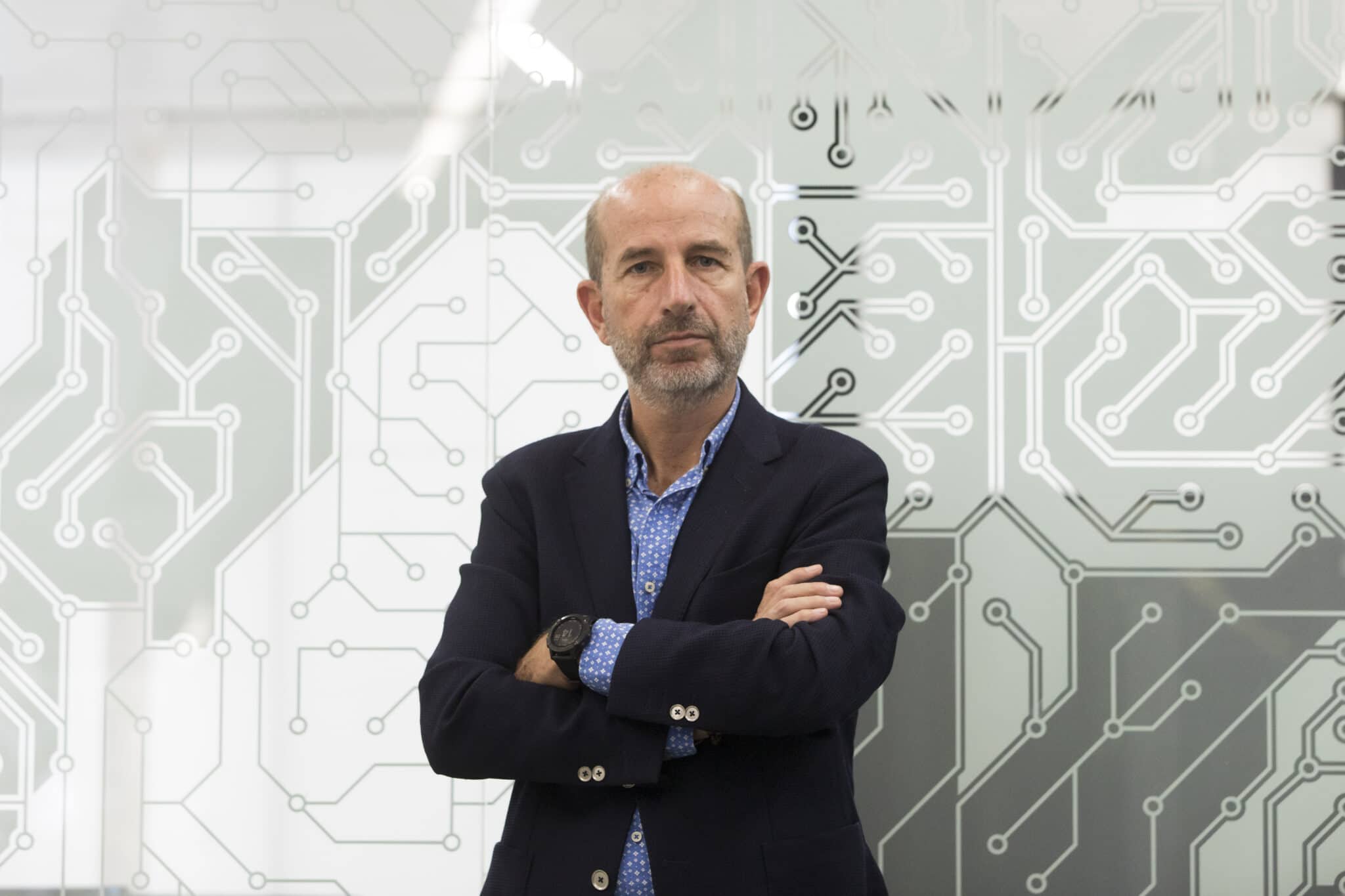 We talked to Jaume Sanpera, co-founder and CEO at Sateliot, the first satellite telecom operator for global continuous IoT connectivity under 5G protocol and here is what he said about it.

Tell us about you, your career, how you founded Sateliot.

Jaume Sanpera: Sateliot is a telecommunications operator that, from this year, will launch a constellation of up to 100 nanosatellites to achieve a global and massive Internet of Things service with 5G coverage.

These nanosatellites will function as telecommunication towers from space, providing an extension of coverage to mobile operators, through wholesale agreements, precisely so that they can offer Internet of Things services where terrestrial networks do not reach.

Likewise, thanks to this technology, Sateliot will be able to connect in real-time to sectors such as maritime, railway, aeronautical, automobile, oil and gas exploitation, electricity, critical infrastructures, agro-technology, logistics, and transport of goods or the environment; allowing them to monitor services for profitable and efficient decision-making.

In the case of agriculture, for example, by means of the IoT sensors installed in the crops, farmers will extract all the necessary data from their plantations to be able to manage their production in the most optimal way: humidity, acidity, nutrients, etc., which will allow them to manage scarce resources such as water in an optimal way, anticipate problems such as pest control or choose the best times for sowing.

I founded and managed Sateliot, and I’m a born entrepreneur who has already founded other companies such as Eurona. In fact, in this new project, I have surrounded myself with people of trust who have accompanied me in my career as Marco Guadalupi as CTO or José Carrero, CFO of the project.

How does Sateliot innovate?

Jaume Sanpera: Considering that only 10% of the earth’s surface has mobile coverage and the remaining 90% does not, Sateliot’s state-of-the-art infrastructure will serve as a complement to the traditional operators to make the hyperconnected universe of the IoT possible.

To make this possible, Sateliot will invest 4.6 million over two years in three new R&D projects that will enable the deployment and proper functioning of its nanosatellite constellation, the first one working with the same 5G protocol than the mobile operators. This is the first phase of a larger project of more than 20 million, which represents the largest R&D investment in the field of 5G satellite in the European Union.

Sateliot constellation has a unique technological and go-to-market approach delivering full coverage to IoT customers from the mobile operators through a standard roaming agreement. For the first time in history, satellite and mobile operators’ customers will be under the same coverage allowing the seamless integration of both worlds.

Jaume Sanpera: The pandemic has been delayed some times. However, Sateliot has continued to work, and in the first half of 2021, it will launch the first nanosatellite from the Kazakhstan base. This first nanosatellite, called 3B5GSAT (named after the tests that will be carried out on three nanosatellites before launching the commercial service ‘Three before 5G SAT’), is now ready to fly and will serve as a testbed.

Jaume Sanpera: Being an entrepreneur always has its risks and difficulties, whatever the social and economic situation. However, the efforts in innovation and the importance of being advised by a qualified and competitive team to make the task much easier.

Jaume Sanpera: Although there are other companies that will offer similar services, we are the only one that integrates the mobile operators’ customers under our coverage using exactly the same equipment. Most of our competition still works on proprietary protocols that oblige us to invest in new equipment and have lock-in risks.

The full integration of our customers’ mobile networks jointly with the best coverage and revisit time will place Sateliot offer in a unique position to lead the market and close it with the best costs that will be translated to an unbeatable price offer.

We are fully convinced that seamless integration includes a price offer that integrates perfectly with one of the mobile operators. We are working with some of the mobile world leaders in the definition of the best price strategy.

Standard has all its power because it’s universally used. Any new entrant will be translated into more terminals specialized on more verticals furthermore more business for all of us.

Jaume Sanpera: The objective of Sateliot’s business plan is to close by 2025 with a turnover of around 400 million euros and a total workforce of over 100 people.

To make this possible, Sateliot has completed two capital increases. The first one, to the value of one million Euro, contributed by the founders themselves. The second, which was closed at a sensitive time due to the COVID crisis, to the value of 1.4 million euros, was subscribed by the management company specializing in venture capital ‘Capitana Venture Partners’, which uses a specific investment fund for companies with high growth potential and international projection, and by the company’s executive management.

These operations are prior to a specific financing plan divided into three well-differentiated phases: Series A, to be closed by first semester 2021and which will serve to complete the R&D phases related to the payload and launch of the first nanosatellites; Series B, whose objective is to deploy another 16 5G nanosatellites to launch the commercial service by 2022 and, finally, Series C, for the total deployment of the constellation to guarantee a commercial service practically in real-time.

Negotiations are already underway with interested international funds. Some of these funds will accompany the project throughout its life.

The Company on a Mission to Making Plastic-free, Sustainable Products Accessible and Affordable to All

Open Cosmos, Nanosatellites That Open Up Space to New Utilities and Services