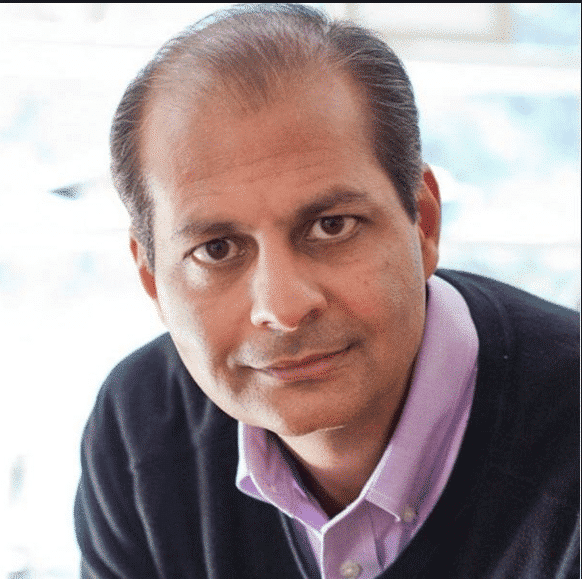 We talked to Jody Savin & Hemanshu (Hemu) Nigam of Syndesy about the SaaS solution whose aim is to allow businesses to re-open safely and give employees the confidence to return to the workplace, and they had the following to say:-

Jody Savin: Both of our families have faced serious health challenges, but we are fortunate to be healthy now.

Tell us about you, your career, how you founded Syndesy.

Hemanshu (Hemu) Nigam: I am the founder of SSP Blue, the leading advisory firm for online safety, security, and privacy challenges facing corporations and governments. A veteran of online security, I bring over 20 years of experience in private industry, government, and law enforcement. I have been asked by the White House and the United Nations to provide guidance and counsel on navigating the world’s most critical online protection challenges.

I have worked inside the largest prosecuting agencies, software companies, media, entertainment giants, and most influential trade associations worldwide.

I served as the Chief Security Officer (CSO) of News Corporation and Fox Interactive Media’s digital properties, as CSO of MySpace, and as a security executive in Microsoft. I was also the Vice President of Worldwide Internet Enforcement at the Motion Picture Association of America. I began my career as Los Angeles County prosecutor specializing in sex crimes and child abuse before serving as a federal prosecutor against online crimes against children and computer crimes in the US DOJ.

Today, I am the founder of SSP Blue (www.sspblue.com), a cybersecurity advisory company that has helped companies like Participant Media, Snapchat, Microsoft/Xbox, Disney, AT&T, JustFab, and others deal with challenges in cybersecurity, privacy, and safety. My company conducts cyber assessments, crisis, public relations, and legal and government affairs work for clients. I have been a keynote speaker at the United Nations on stopping cyberhate, and have been a member of the White House’s cyberstalking task force and co-chair of President Obama’s Online Safety Technology Working Group.

I have spent a career chasing bad guys online and offline, bringing them to justice. I was one of the U.S. DOJ’s first online crimes prosecutors who took down an international child sex trafficking ring as well as prosecuted online child predators and hackers.

My insightful expert commentary on cybersecurity offers an insider’s view of the dark online underworld. My personable style, coupled with my unique ability to simplify cybersecurity for viewers to understand, makes me a frequent guest on CNN, FOX, NBC, CBS, ABC, and other national news outlets. I am also often interviewed by Variety, Deadline, The Hollywood Reporter, the New York Times, the Washington Post, the BBC, the Financial Times, and the Los Angeles Times. In my video blog, Inside CyberCrime (www.InsideCyberCrime.com), I break down cybersecurity, privacy, and safety topics for the general public.

I earned my Juris Doctorate from Boston University School of Law and my bachelor’s degree in government and political theory from Wesleyan University. I am bar licensed in the states of California and Washington.

Jody Savin: I am an entrepreneur, writer, and movie producer who recently authored a book about Holocaust survivor and tapestry artist Trudie Strobel. I graduated with honors from Princeton University and the American Film Institute, where I earned my M.F.A. I went on to write and produce such independent feature films as “Bottle Shock” (Chris Pine, Alan Rickman, Bill Pullman), “CBGB” (Alan Rickman, Bradley Whitford, Rupert Grint, Stana Katic), “Nobel Son” (Alan Rickman, Bill Pullman, Danny DeVito, Ted Danson), “Marilyn Hotchkiss’ Ballroom Dancing & Charm School” (Marisa Tomei, Robert Carlyle, Sean Astin, John Goodman), and “Savannah” (Jaimie Alexander, Chiwetel Ejiofor, Sam Shepard, Jim Caviezel). I produced such features for the movie studios as “The 6th Man” and “Houseguest.” I have written or produced for every major movie studio. My script for Turner Broadcasting’s documentary film, “Chico Mendes: Voice of the Amazon,” won the Cine Golden Eagle Award in Screenwriting. Other awards include three Emmy nominations and grants from the Blue Mountain Center, the Ucross Foundation, and the Virginia Center for the Creative Arts. My poetry has been published in over 20 literary magazines. My essay was published in the book Women Reflect About Princeton, and my non-fiction has been published in such periodicals as Outside Magazine, The Salt Water Sportsman, Farm Women News, and Sweep. I serve on the Board of Advisors of the Rikaroo Film Collective. I am a member of the American Film Institute, The Academy of Television Arts & Sciences, The American Society of Composers, Authors, Publishers, The Screen Actors Guild, and The Writers Guild. She has guest-lectured at The American Film Institute, UCLA, and Claremont McKenna College.

We both joined forces to create a product that seeks to make human interaction safer. It was the perfect combination: A highly regarded cyber expert and a Hollywood industry veteran.

Jody Savin: We look at the challenges facing us in the world, and we try to find solutions.

Hemanshu (Hemu) Nigam: Syndesy was originally conceived to help orchestrate responsible connections. When the coronavirus pandemic hit, we realized that our patent-pending technology could be easily tailored to an exposure tracing solution. We thus implemented a Check-Ins feature to provide a responsible and autonomous avenue for contact tracking. We re-released the app in a free trial, which generated over 6000 downloads in four months with a Customer Acquisition Cost of $1.12. What we next realized is that we need to pivot to a business-to-business model to help companies, universities, teams, and other businesses get back to work. This new product, Syndesy-For-Work, is in the works.

Jody Savin: All businesses require difficult choices. The lesson is to embrace criticism, listen to the community of users, and stay nimble.

How do you deal with stress and anxiety? How do you project yourself and Syndesy in the future?

Hemanshu (Hemu) Nigam: Broad adoption of Syndesy will make the world safer and kinder in any community or workplace. This is what we strive for and because we believe in Syndesy, stress, and anxiety are not a factor.

Jody Savin: The connections arena, as well as the exposure tracing arena, are hosts to many products. But Syndesy’s approach is unique because it is autonomous and easy to use. An integrated web platform and mobile app, Syndesy-For-Work, will help us get back to work and build a culture of responsible community.

Hemanshu (Hemu) Nigam: Exposure tracing is critical to re-opening the economy safely. Currently, there is no easy way to track interactions contemporaneously and produce reports when needed. That is Syndesy, optimized for the individual. Syndesy-For-Work is a business-to-business version designed to make safer workplaces. An integrated web platform and mobile app that lets employees easily check-in and provides reports for employers as needed. Sydney is a simple solution to get back to work. It helps businesses re-open, and employees return to work with confidence. Furthermore, Syndesy’s iron-clad and well-tested security practices maintain encryption at every level.

Oxygen Agency – The Marketing Communications Agency That Puts You First

Present for Your Future Growth