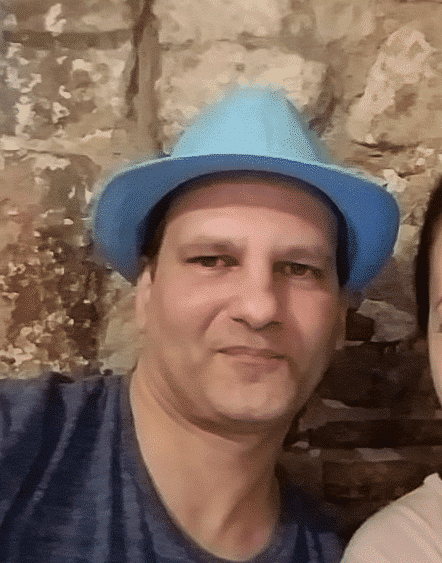 We talked to Ken Silverman of TurboSettle on how the firm is creating products for Debt Settlement Industry.

Ken Silverman: We are all fine, thanks for asking. My mother, who would be the most vulnerable ordinarily, is in great health, walking every day and staying safe inside most of the time. Drinking lots of EGCG infused tea with zinc and quercetin; all reported to help keep the immune system active.

Tell us about you, your career, how you founded TurboSettle.

Ken Silverman: Since college, I found my most enjoyable projects were started when others approached me with real-world problems or to help them to formulate and realize their visions. I co-founded an artificial intelligence startup in the late nineties with Dr. Ben Goertzel, which became the seed of what is now SingularityNet, a well-known crypto-based platform for providing ai-related services.

I recently started both NationPay.io and TurboSettle.com, formed at the request of others to solve real-world problems. Turbo Settle is my latest company, with active software in use by over 60 debt companies.

Almost three years ago, I was at lunch on Wall Street when a prominent chairman of a debt company asked me what I did for a living. I told him I was in finance and had just conceived of NationPay with the help of a fund-manager who asked me to solve the problem of exorbitant remittance fees when sending money to small African nations. He replied that he was also in finance and was interested in applying cryptocurrency and Artificial Intelligence to his debt company. I told him I could help, and Turbo Settle was born.

Ken Silverman: I was smart about realizing that debt settlement is a very small and detailed niche. Therefore, I set out to create a general scheme to deal with the operations of any company while using debt settlement as only a use case instead of the end goal. A complex environment with a highly linked set of data relationships, debt settlement, provided the perfect use case for my experiment.

So, over the last two years, we realized a powerful vision of a distributed, automated data manipulation network, kind of like a large Customer Relationship Management (CRM) tool like Sales Force or Service Now but without the necessity of programming in order to integrate each client. Typically, an advanced CRM application requires programming of some sort using a custom language of that CRM. Sales Force has “Visual Force,” and Service Now has an app-centric programming suite.

By interfacing with experts in debt settlement, I applied our technology to the Debt Settlement space where it is now matching debts to creditors and making automated offers using artificial intelligence for over 60 debt companies.

In the next phase, any expert from any industry will be able to add their own company to Turbo Settle and use it to create their own operations platform for in-house operations of any kind, from 1 to 10,000 employees.

In addition, Turbo Settle is the first software of its kind that can allow anyone to become their own SaaS or DaaS provider for any company they manage through the system, through settings alone. It links HTML-based objects you design in the TurboSettle system to various data providers like Sales Force or an escrow bank with an API, such as GCS. We are one of only a small handful of software applications certified to link to GCS, the largest escrow bank in the country.

Most importantly, our software allows you to create your own database or migrate from existing ones using our own in-house Google-based database, supporting up to 100 million records per company over hundreds of tables per database. Then, we give you tools to create meta-metrics data, and your company can make use of meta-data we have compiled from all consenting companies using our AI suite of features. That means small companies now perform like larger ones. Automated operations, buttons, objects, user groups, and customized-access tabs are easily set up through the browser-based screens.

Are there any other innovations your product offers?

Ken Silverman: There is an important concept known as a front-end, cloud-based server farm. In this concept, your own personal computer becomes part of a cloud-based server farm, instead of using a popular cloud-based solution like Amazon or Google. It is an important part of cryptocurrency/blockchain architectures. Turbo Settle is designed to do just that but with greater flexibility in operation than blockchains use. They have fixed algorithms running as “nodes,” where each personal computer is a node running the same software. Turbo Settle is different. It allows anyone to add custom algorithms to the server farms they create using our tools, where each “node” is not necessarily performing the same operations as you find with blockchain software. So Turbo Settle is a powerfully distributed and scalable solution for any company to grow with.

To turn a personal computer into a front-end-cloud server-pool component, you need to make it power-proof; you lose power, and the power is restored. It needs to pick up doing exactly what it was doing before. Then, you need to give users the power to add their own automated algorithms for calculating and sending reports in a scalable way to work across all computers in that company’s network reserved for the server farm. There are server-side solutions such as Docker and Kubernetes to create and manage server-side instances. These are known tools to do these things in a server-based cloud environment. We remove the need for these products as well.

By providing these solutions on the front-end, in the home and the office, a great amount of money is saved in what would ordinarily be spent at Amazon Web Services or Google Cloud services.

Yet, we still use cloud-based services to maintain certain aspects of our functionality. The expensive part, however, the processor-intense resources are maintained on the front-end where they belong!

How is your security?

Ken Silverman: We use a concept I coined called triple-blind security storing provider-based user Ids and passwords (known as keys), and each team member’s (employees) own personal passwords in encrypted format plus we require added brain passwords that are hashed and used as part of the encryption/decryption scheme, required in each session, for each data provider that is part of each company’s internal operations. This makes us both bank-compliant and sensitive-data compliant.

Ken Silverman: Well, fortunately, we received our biggest contract in January. I was able to drive 9 hours to the company offices of the CEO there, and after a 9-hour meeting, make them realize how much they needed our services. After that, it was stay at home coding for 8 months straight for both my employees and myself.

Ken Silverman: I had to make a difficult choice in giving up work on NationPay.io while I pursue this vision. The loss from that decision was mitigated by a patent-pending I have in place for NationPay that will require every bank to pay a license fee to NationPay if they wish to issue their own stablecoin and use it to allow existing bank customers to get their money converted into that stable coin without first using an exchange to convert it. This was an important innovation of mine from three years ago and will be the heart of the NationPay network once we get back to that.

How do you deal with stress and anxiety? How do you project yourself and TurboSettle in the future?

Ken Silverman: Well, I certainly have not slept enough. Loving what I do makes it hard to sleep. The stress accumulates with a lack of sleep. I try to eat right and walk around, enjoying a long nature walk as much as possible and pay careful attention to sleeping longer hours now. These days, I play the piano at least a half-hour a day to help relieve the stress.

Ken Silverman: I am building what I believe to be a product that is the first of its kind. So I do not see any competitors for the time being. Although large CRMs like Sales Force and Service Now may beg to differ as their customers are also our customers. The best way I would deal with them is to make it clear how, in many cases, the customers can be shared. The customer may decide to retain its existing database and use ours for more powerful, custom, fine-tuned operations, and metrics-driven analysis without paying someone to build it for them in Visual Force. But for new customers, newer companies, we gain market share by making clear how much more flexible, faster, and less expensive our product is to use as their initial CRM platform of choice. Without requiring any programmer to integrate, it is far less expensive to get up and run.

How are you more flexible than other CRMs?

Ken Silverman: Well, most all other CRMS have no API at all or allow accessing and changing a rigid templated record set, making Sales Force the only one to compare to really. Sales Force is the most powerful of all the CRMs. So, focusing on Sales Force, we note that they do not permit direct SQL binding, making relational queries quite difficult and cumbersome to set up. Sales Force has strict data limits and controls too. Linking tables is very restricted using their SQL language called SOQL. With TurboSettle, any SQL you can dream of, any object relationship you can think of is derivable from our settings and instantiable as part of an automated suite of linked object actions comprising a part of a single-click or no-click complex get, edit and add operation. So, if, for example, you want to design a “get” button that lines up several objects and records from several tables residing at different locations and providers, it takes only minutes to design that operation for your users.

Ken Silverman: One of our colleagues just spent $500,000 setting up Sales Force to be used for his staff of 90 employees in his cash advance company. It took 6 months to do that integration and has still not been completed. We then came in and set them up in under two weeks for free. Our income is derived by either revenue share or per user at the company’s choice.

Ken Silverman: When really smart people who are experts in their fields but only mildly-technical are given the opportunity to become their own SaaS or DaaS company (SaaS: providing corporate in-house operations, Daas: providing automated reports) by using tools with zero coding necessary, I believe it will be a first, and cement Turbo Settle, in history as the springboard of something really cool.

To support this effort, we will be adding a generalized-version of the product using a completely different, more general brand as it’s the product name.

Self-Cleaning Surfaces Part of “The New Normal” For Facilities