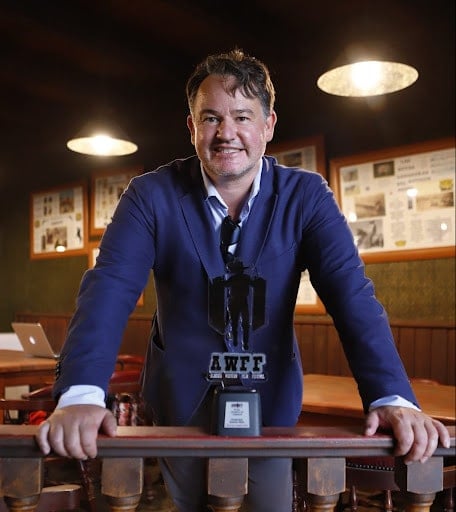 We spoke to Orlando Pedregosa, the co-founder of Babieka Films and VP and Director of Film.io International, the world’s most powerful platform for democratizing entertainment. Here is what he said about it.

Orlando Pedregosa: It has been really great to be able to focus energy on such a cutting-edge company. Thankfully we had the support to keep momentum in scaling Film.io during the pandemic. My family and I are glad to see what we hope is the end of it so that everyone can start to rebuild again. I hope that everyone has come out stronger!

Tell us about you, your career, how you joined Film.io.

Orlando Pedregosa: I started in the film industry at a very early age working as a production runner during my holidays. After my university studies in London, a friend knew of a job opening at a film financing company called Future Film Finance. I got an interview, became extremely passionate about the industry, and I have been working in the business side of film production ever since. A good 3 years ago, I started to research and plan how to grow my business exponentially, bringing in emerging talent; at that time, I connected with Film.io, who had a similar vision of building a decentralized filmmaking ecosystem.

How does Film.io innovate?

Orlando Pedregosa: We have always embraced new ways of doing business with the limited resources available to us. Through Film.io’s blockchain, AI, and machine learning technology, we can validate the projects with the help of our fandom and seek opportunities globally. Film.io is an inclusive, transparent, and efficient entertainment ecosystem. Fans are empowered to greenlight the entertainment they want to see, and creators are liberated by gaining support from fans and pre-developing engaged audiences. Film Investors are efficient in making informed decisions on supporting market-validated projects.

Film.io allows users to stake FAN Token Rewards in the projects they support and want to obtain the green light by assisting in unlocking the projects’ unique market-validated ‘Go Score.’ We are putting the power of what gets made in the hands of the fans.

Importantly, it does not matter where you come from or where you are going. If you have a good story to tell and you have the support of your fans, you will be given a chance because Film.io aims to remove all barriers, whether financial, creative, technological, etc.

Orlando Pedregosa: Heads: The physical production side of the business has suffered greatly with 90% less revenue YOY. Tails: People have embraced technology at a faster pace, and with the NFT boom, DeFi, and all the cutting-edge features, we are laying the framework for and releasing it on the Film.io platform.

Orlando Pedregosa: We kept all of our employees knowing full well this would be a temporary situation. We simply dedicated our resources to the creative development process.

Orlando Pedregosa: We use several digital tools to keep our team and customer milestones in sync, creative and collaborative such as Hubspot, Slack, etc.

Orlando Pedregosa: Starting up is like selling a film to a distributor. Let’s see what the film looks like first, and then I will consider buying. Alas, this industry has ignored that they work for the consumers and need to be prepared to buy in early.