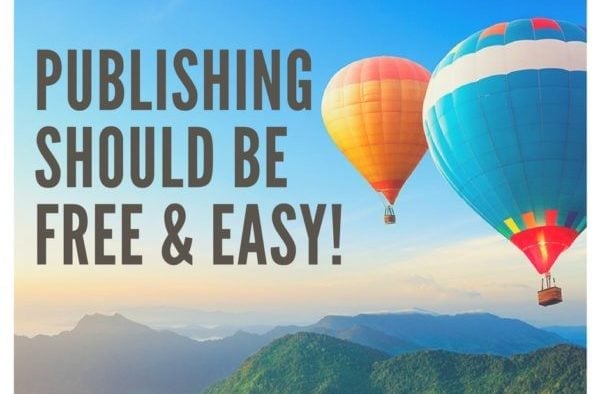 After starting two Internet companies and eventually selling them to American companies, Chidi Nwaogu and Chika Nwaogu asked themselves, “What’s next?” This time, they wanted something that is actually solving a problem. They wanted something that will actually challenge them as entrepreneurs. The question remained, “What’s the big idea?” This question was left unanswered for years. During these years, Chidi wrote a book and his twin brother Chika recorded a song. After writing his book, Chidi began searching for a publisher, and his twin was hunting for a record label.

The big idea is “start a publishing company for struggling Nigerian writers and musicians to get their works seen by the rest of the world.” Publiseer was eventually founded. Publiseer is the digital publishing company for the third world. Many young and budding authors and artists in Nigeria live on a dollar per day, just as in any third world nation, and thus cannot afford to publish their works by paying for the publishing process. As a result of this, these works remain unpublished for years. Most of these works are breathtaking and many of these authors and artists are exceptionally talented, but their talent is put to waste because they don’t have the money to pay for publishing. That’s what Publiseer was created to do. Publiseer was created to publish these beautiful works for free.

The goal is to promote the creativity of Nigerians to the rest of the world, and what better way to do this than to sell the beautiful Nigerian culture to others through written words (using books) and spoken words (using music).

Naming the platform was a critical time, and they had so many brilliant names, but they chose the name ‘Publiseer’, which is a pun on the word ‘publisher’, and which also means ‘publish’ in Afrikaans, a language of Southern Africa.

At Publiseer, any place is called ‘office’, because the team works overtime, and during the weekends, publishing books and music, because they are passionate about what we do.

For artists, the expectation isn’t less. Songs recorded are distributed across online stores like Spotify, Google Play Music, Apple iTunes, Amazon, Deezer, and Shazam, to mention few. They also get free professional cover art, unique UPC number, press release drafting/distribution, and FLAC file conversion for easy distribution. All of these at no cost.

Your products and services

Publiseer is a free digital publishing platform for independent Nigerian authors and artists.

Publiseer is the lifeline for every young and budding Nigerian author and artist. Even more so, for established Nigerian authors and artists, who are seeking for ways to sell their work on the World Wide Web. It’s critical for authors and artists to reach their fans and attract new fans that rely on trusted stores like Amazon, Google Play store and Apple store to drive their discovery experience.

Publiseer lets Nigerian authors and artists sell their books and music respectively, on over 400 major online stores worldwide, including Amazon, Google Play store, and Apple store. Publiseer is free, and always will be, so they don’t have to worry about paying any publishing fees.

Publiseer’s competitors include BookBaby and CDBaby, both sister companies. Its competitive advantage is that while other digital publishers publish books and music by charging authors and artists an extortionate publishing fee, Publiseer provides quality digital publishing for free. Many Nigerian authors and artists spend so much on publishing their work that they run out of money and are unable to promote their book or album. This is where Publiseer comes into the big picture and into full effect.

Publiseer doesn’t want the talents in Nigeria to waste away, and this happens when their works lay around with them for years, undiscovered. Thus, Publiseer gives undiscovered authors and artists their first step towards success. With Publiseer, they don’t have to worry about publishing, because Publiseer takes care of that.

Most startups fail because the team members are not passionate about what they are doing. Passion drives a startup better than a financial incentive. If a startup only sets out to make a profit from day one, then the startup has failed from the very beginning. A startup should be more focused on solving an immediate need. Profit comes from a good reputation, and that’s what everyone at Publiseer is building; a reputable digital publishing platform that Nigerians will be proud of.

Publiseer has competitors like BookBaby and CDBaby, but its service as a publishing company still stands out because it’s free and quality. While these companies, charge a lot of money, Publiseer does the same and more, for free. Publiseer is the publishing destination for writers and musicians who have great works but who don’t have the financial resources to push it.

Since all Publiseer’s services are free, how does it monetize?

The answer is simple and clearly stated on the company’s website. Publiseer shares in the revenue when a unit of a work it publishes, sells. Apart from that, Publiseer has paid packages like fast-track publishing. Publishing usually takes two weeks at Publiseer due to the high volume of submissions received daily. For writers and musicians that want immediate publishing, they can purchase its fast-track publishing service and get their work published immediately without having to wait. It’s like boycotting a long queue, straight to the front of the line.

Apart from sharing in the revenue generated from sales and the fast track publishing service, Publiseer has many paid services that build up a strong business model. They draft and distribute dedicated press releases for their clients for a certain fee. Their press releases are guaranteed to be featured on Yahoo! News and many premium news outlets. They also charge to design realistic mockups for their clients, which the clients can use to promote their works, especially on social media. For a client who wants Publiseer to create a beautiful presentation video or a one-page website for their work, they also have to pay a fee. All our paid packages go for a reasonable fee. After all, Publiseer is brought to them by an author and a musician, so they know their pain.

Launched on August 4, 2017, Publiseer’s edge over competitors like Bookbaby and CDBaby is obvious. While these platforms charge for publishing, Publiseer does same for free. Publiseer’s artists and authors also get a professional cover for their work, plus more, at no charge.

YesOrNoLive: Providing Income to Nigerians (and Africans) Who Follow up on News Stories