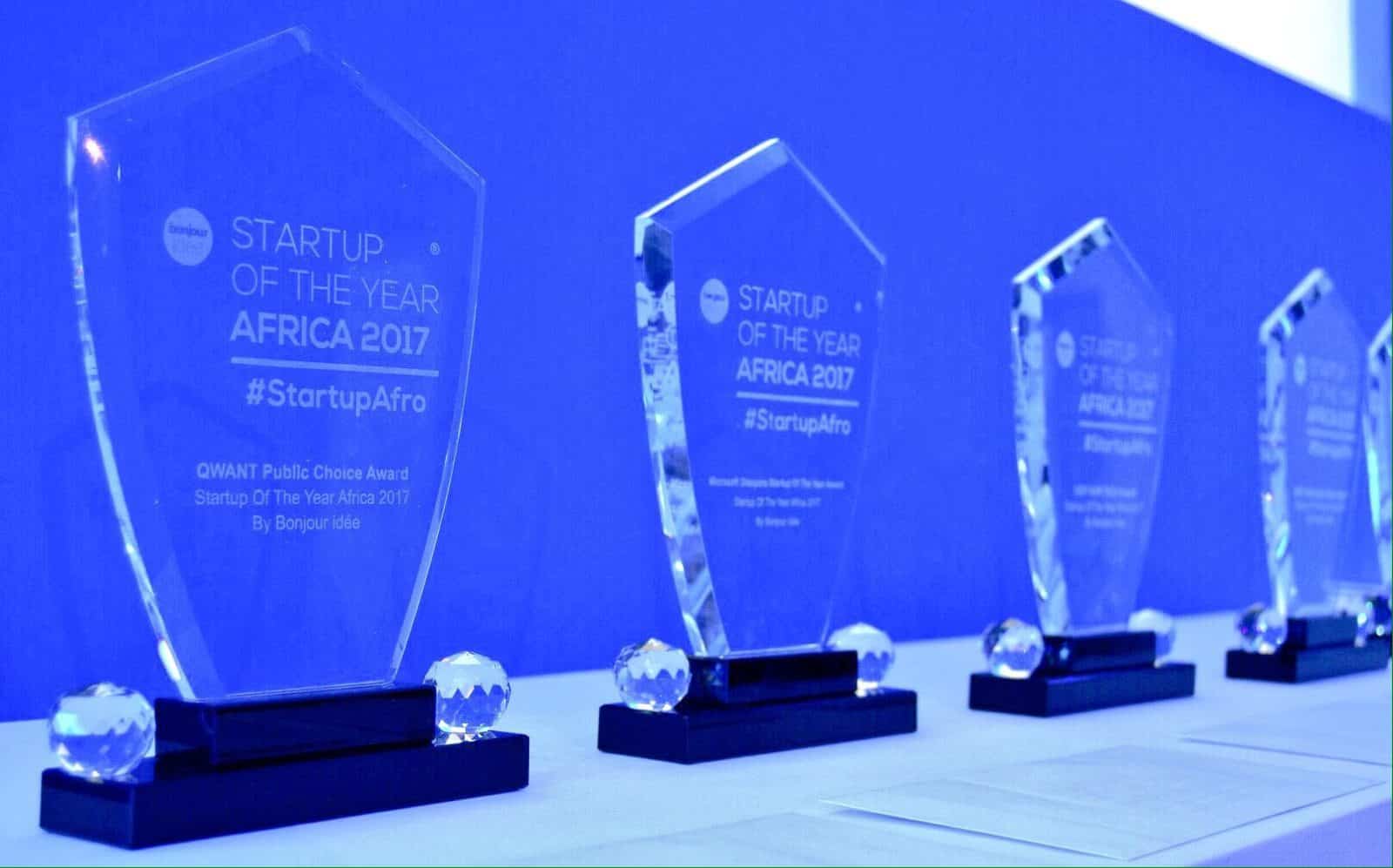 BONJOUR IDÉE AND THE GROUPE OCP ARE PLEASED TO ANNOUNCE THE WINNERS OF STARTUP OF THE YEAR / AFRICA 2017 COMPETITION, FOLLOWING THE AWARDS CEREMONY HELD IN CASABLANCA ON 26 JANUARY 2017.

Following the two successful editions of the “Startup of the Year” award in France (2700 participating startups), Bonjour Idée, the collaborative startup magazine and OCP Group, the global leader of the phosphate market and its derivatives market and committed player for sustainable agriculture in Africa, have joined forces for the first African edition of the “Startup of the Year / Africa 2017” competition.

Other leading companies including PWC, ENGI E, SNCF, Be-Bound, Qwant, LABS NS Avocats and MICROSOFT along with approximately fifty media and ecosystem partners have joined the initiative with the aim of promoting the economic and social development of the African continent through innovating and successful startups.

For this first edition, Startup of the year I Africa 2017 jury experts came together during the Awards Ceremony in Casablanca (Morocco) on 26 January 2017 to choose the winners of the Awards below :

Cofounded by Joseph Kaizzi, ThinVoid Tambula is a service that promotes financial inclusion for unbanked professionals in the agriculture and transport sectors.

Founded by Aguibou Barry, Fapel is specialized in the production and sales of alternative double-action piston pumps for domestic and irrigation use.

Founded by Christian Randriam, Mahazava is a startup that finances, distributes and ensures the monitoring of solar kits in Madagascar.

Founded by Thibaud Leclerc and Etienne Morne, Trustin Africa supports companies present in Africa, or in the process of setting up their business, mainly in West and Central Africa, by connecting them with young local talents, key relays for companies in the field.

Founded by Mouhamed Diakité, EthicPhone offers a mobile solution to call, transfer money to Africa and make purchases, in addition to investing in African SMEs.

Founded by Ken Kakena, Wizall aims at facilitating financial exchanges within african families, whether they live in the same country or they are part of the diaspora.

Startups Just Land from Ghana and Teach Me Pad from Cameroon also Made it to the finale.

The finalists received awards from a jury composed of experts, leaders of large global groups and successful startuppers :

The awards ceremony was broadcast live on internet (videos & livetweets) throughout the entire event.

For information, the winners will receive the following :

THE QWANT PUBLIC AWARD : 2,000€ in cash, the Bonjour Idée communications package and networking with all competition partners.

In addition to the Jury and Public Awards, our partners also granted Special Awards, each for up to 5,000€ in cash, support packages and Bonjour Idée communication packages.

[VIDEO] The Startup Of The Year Africa – 2017 awards ceremony