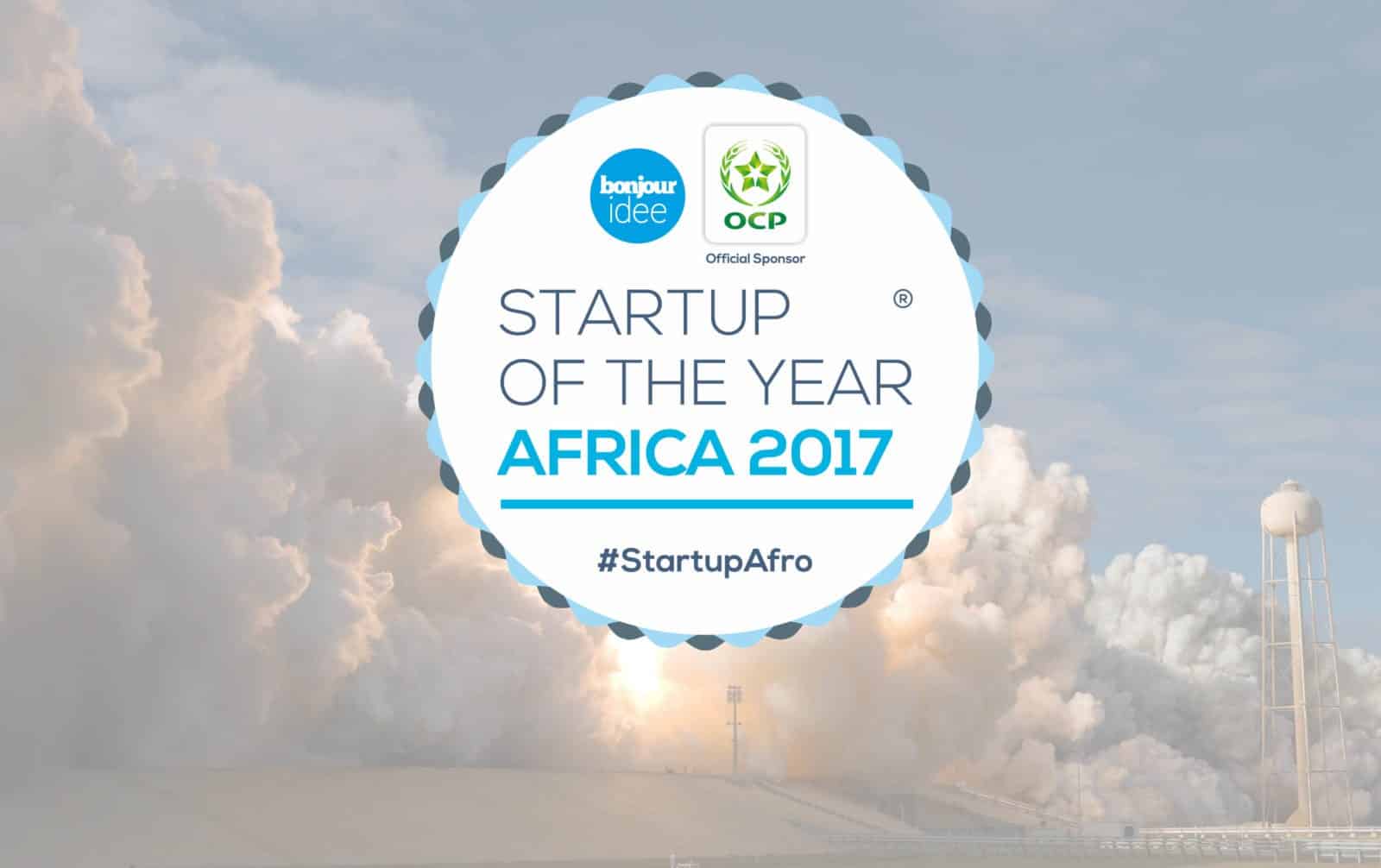 Startup of the year award is a contest organized by Bonjour Idée with the support of 50+ partners (international corporations, incubators, chambers of commerce, media, competitive centers, influential blogs). While shedding light on disruptive startups, this contest is meant to add value to the partners’ actions at the heart of the entrepreneurial ecosystem of innovation and startups, and put them in contact with innovative startups.

About The 2 Previous Editions of Startup Of The Year (France)

Watch Startup Of The Year Africa 2017 in TV5 MONDE

Community Manager of the year

OCP Agritech Startup Of the Year

Rewards an Africa based startup bringing innovation to farms and farmers

Africa Diaspora startup of the year

CEO Made in Africa (Benin)

OCP is proud to play an important role in feeding a growing global population, by providing essential elements for soil fertility and plants growth.
With almost a century of experience, OCP Group is a leader in the phosphate rock and derivate markets. OCPprovides a wide range of well-adapted fertilizer products to enhance soil, increase agricultural yields, and help feeding the planet in a sustainable and affordable way.
Headquartered in Morocco, OCP works in a close partnership with more than 160 customers over 5 continents.
For more information visit : www.ocpgroup.ma

At PwC, our purpose is to build trust in society and solve important problems. We’re a network of firms in 157 countries with more than 223,000 people who are committed to delivering quality in assurance, advisory and tax services.
Find out more and tell us what matters to you by visiting us at www.pwc.com.

PwC refers to the US member firm or one of its subsidiaries or affiliates, and may sometimes refer to the PwC network. Each member firm is a separate legal entity.
Please see www.pwc.com/structure for further details.

ENGIE is the world’s first independent power producer. The Group develops its businesses (power, natural gas, energy services) around a model based on responsible growth to take on the major challenges of energy’s transition to a low-carbon economy: access to sustainable energy, climate-change mitigation and adaptation and the rational use of resources.

ENGIE works closely with entrepreneurs, startups and experts to innovate and build together solutions designing the energy of tomorrow.  Since 2014, ENGIE has launched 45 Calls for projects, receiving close to 1,000 applications on its innovation platform (http://openinnovation-engie.com/en/) from startups and rewarding more than 50 winners.

Our job? To bring you closer. To make people and goods transportation easier and more fluid. To design and develop tomorrow’s mobility. And so much more… Some figures (2015): € 31.4 billion in revenue (including 33.3 % generated outside France), € 8.2 billion of investment, 260,000 employees in 120 countries.
For more information visit : sncf.com

Today, 4 Billion people are without connection to the Internet, creating an incredible digital divide.  Established in 2011 by Albert Szulman and Yazid Chir, Be-Bound, was founded on a simple idea : connect everyone, everywhere NOW to the mobile Internet. To materialize this idea, Be-Bound allows smartphones and other connected mobile devices to stay connected, no matter the network available (from WiFi/4G/3G/ down to 2G-SMS), and no matter it’s quality (saturated or weak). Be-Bound believes constant and affordable connectivity are key to unlocking the economic potential of hundreds of millions around the world. This is a goal we want to fight for. Thanks to our technology, this is a goal we can contribute to, today.
For more information visit : be-bound.com

Qwant is a European search engine that respects users privacy and net neutrality. Co-founded by Eric Leandri & Jean Manuel Rozan in 2011, the site was first launched in 2013, and came up in April 2015 with a new design and UX experience with bold ideas about what a modern search engine should provide and look like.
Qwant’s mission is to strengthen trust and transparency on the internet by putting the privacy of its users’ data first and providing a holistic, unbiased search experience.
For more information visit : qwant.com

They read our stories

Our Newsletter - Don't Miss Any Content
We use cookies to ensure the best experience on our website. If you continue to use this site, we will assume that you agree with our conditions.
Nous utilisons des cookies pour vous garantir la meilleure expérience sur notre site web. Si vous continuez à utiliser ce site, nous supposerons que vous en êtes satisfait. ConditionsOK