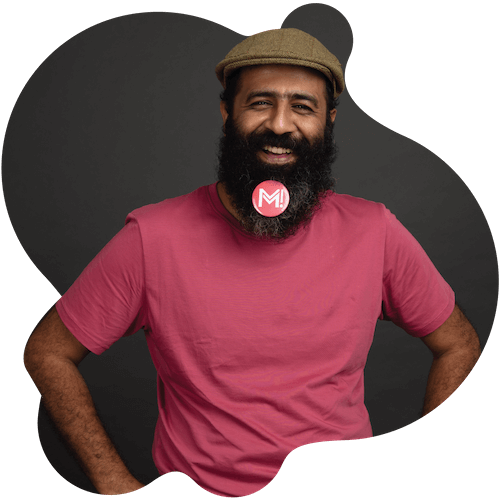 We talked to Suhas Nath Misra of Misters about enhancing sexual performance and this is what he had to say.

Suhas Nath Misra: Everyone’s doing well. Thank you for asking. I hope you and everyone around you has been doing well through these strange and difficult times.

Tell us about you, your career, how you founded Misters.

Suhas Nath Misra: I have been an entrepreneur before. More than once actually. After a brief post-MBA corporate stint (joined Coca Cola from IIM Calcutta in 2003, and then was at Nokia briefly), I co-founded my first company, ChannelPlay, with two very close friends in 2006. ChannelPlay is now arguably India’s largest retail marketing company. In 2009, I exited ChannelPlay to start with another very close friend, Hector Beverages that eventually found success and fame as the maker of Paper Boat, probably India’s most loved beverage brand.

And then I retired in 2014-15. Although in hindsight, it was more sabbatical than retirement, as I was back to trying out a rural health-tech platform that aimed to address the problem of access to healthcare. While there was significant interest in terms of consultations, we could not figure out a proper monetization model. The failure of that business—Tardigrade—made me look around, explore, and think. The landscape of upcountry India is dotted with these wall paintings that advertise traditional sex clinics. I was intrigued that these are absolutely unchanged from what I remember seeing from the train window during summer vacations when I was a kid. “How could a space be so unchanging given the grand sweep of the internet?” became a question I found myself intrigued by. So, I started going to these sex clinics as a mystery customer to understand their role, and it was dehumanizing, as one would expect. The sales pitch there is based on leveraging the stigma that defines this space, so the customer is really made to doubt his masculinity, to set him up for ridiculously overpriced products (and often not what they are presented as.)

Those experiences were sufficient to start thinking about a business in this space. The category is obviously massive but also intellectually compelling. So I reached out to Gaurav, a friend from the Coca Cola and Nokia days who had run a very interesting content venture before returning to the corporate world, and Saurabh, who was part of the Tardigrade co-founding team, to explore working together on this. Both of them found it exciting enough to join forces.

How does Misters innovate?

Suhas Nath Misra: I think innovation requires a village. It can’t be an individual pursuit. Throughout the last year, we have tried to find the best people to collaborate with. So, in terms of the conversation, we have been working with the Kinsey Institute, the world’s foremost academic institution in the area of research in sexual behaviors and attitudes. A result of this is the constant improvement in the sex quiz that sits on our home page that users can use to get ​a detailed understanding of their sexual performance.

Similarly, for product development, we are working with two world class organizations that do primary research in molecules. To get the right clinical view on the table, we work with Dr. Raman Tanwar, one of the brightest young stars in the field of andrology in India. It is an ongoing project, and therefore an ever-expanding network.

Suhas Nath Misra: I think the pandemic is yet too current for us to fully understand the impact. We obviously had the direct impact of the lockdown in terms of not being able to ship products, but that passed. I think that for a young company, such as ours, the most significant impact was on thinking. The uncertainty led to a lot of defensiveness in thinking, while the entrepreneur has to always engage in calculated audacity, as it were. That is something that we have been working hard on over the last couple of months.

Suhas Nath Misra: There were some difficult choices around capital and people, but I am still not sure honestly, whether they were the right ones! The pandemic’s impact on the economy and how human beings interact both will have implications for almost all businesses, and it is fascinating how those will play out. I guess I will have to come back to you later on lessons learned!

How do you deal with stress and anxiety? How do you project yourself and Misters in the future?

Suhas Nath Misra: I have found meta-cognition quite useful to deal with anxiety. Thinking about thinking is a very revelatory exercise, and I guess that’s my way of dealing with that.

In terms of the future, we are out to reshape a space that is a core social issue and yet a viable business opportunity, which is rare conjunction. We have to build a brand that is aware of this and is responding to the unique challenge, and we think we are, by a distance, the team best placed to do this.

Suhas Nath Misra: Traditional sex clinics, often entrenched with decades of legacy, are our competitors. They have simultaneously benefited from and contributed to the stigma that controls all answers to questions around sex. We aim to not just stay in the game but win it by being on the right side of history. We are a progressive and a more accessible voice in the space and believe that that’s the wind at our back that will see us through.

Suhas Nath Misra: Thank you for the very insightful questions. Like all great interviews, this one has helped the interviewee think more and understand more.