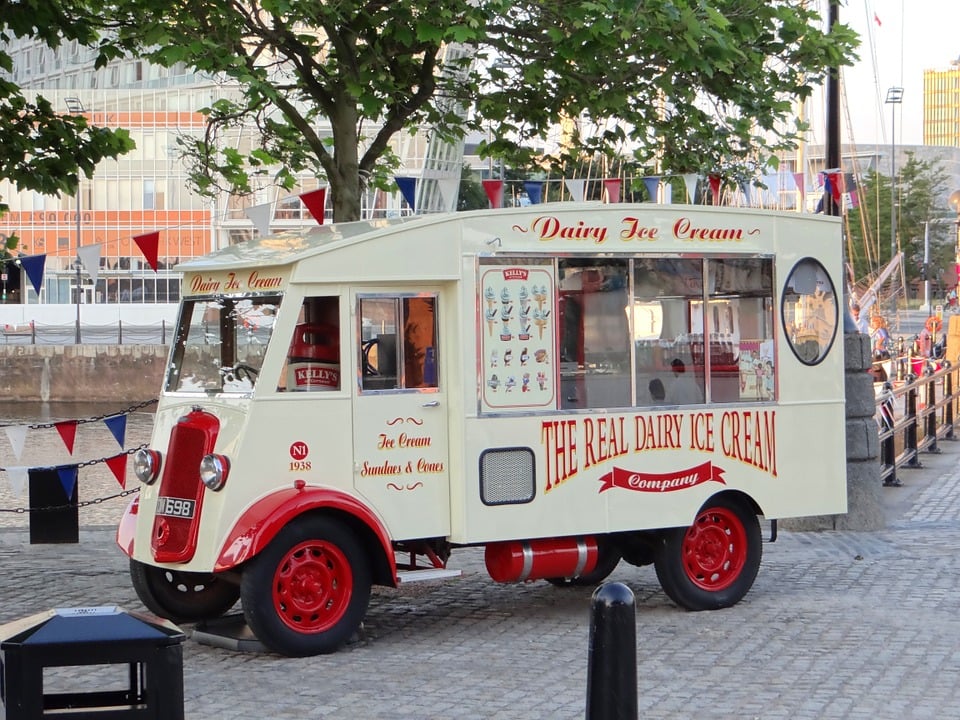 Food truck franchises are popular across the world because such businesses are low-cost, convenient, and provide delicious food.

In America, there are over 3 million food trucks across its cities and towns. Most people cite convenience as the main reason why these franchises are trendy. Therefore food truck, mobile cart, or food kiosk business opportunities a franchise are here to stay.

The United States takes the lead in the food truck industry across the globe. It is estimated that the American annual food truck revenue is $1.2 billion, and this has been growing in the past five years at the rate of 12.4%. The nation has more than 4,100 food trucks, and on average, each of them makes $290,556. A single order at the truck is estimated to cost $12.40, while the average initial investment is around $85,000.

Actually, for many years the food trucks have been targeting factories, campgrounds, construction sites, and other blue-collar work locations.

The main objective of these establishments is to serve those who don’t have time to enter a restaurant. Further, these hotels offer light snacks at a low cost compared to other establishments.

Here are the most common food truck franchises in America.

Bowl Boss Acai: This food truck business is about healthy eating. So customers are served a healthy breakfast, lunch, dinner as well as a dessert. A franchisee can have an area development franchise or a single unit franchise. The earlier option gives you an opportunity to develop a larger territory and establish multiple Bowl Boss Acai units at your own pace. Also, the company offers food truck or store-front franchise models as well as unwavering support, strong marketing, and more.

Cafe2U: This is the first mobile coffee franchise system in the USA that started in 2000. It is also available on the northern beaches of Sydney, Australia. Its initial franchise fee ranges between $25,000 and $25,000 and an ongoing weekly royalty fee of $175.

Captain D’s Seafood: The fast-casual seafood restaurant operates a mobile food truck in over 500 locations across 21 states in the US. Captain D’s has a high number of points in the Southeast but is also expanding its coverage in other states. Its franchisees own nearly half these restaurants. The initial franchise fee is $25,000 and a royalty fee of between 4.5% and 5%.

Cerealphoria: The cereal and shake bar is popular in Phoenix because of offering its customers a menu with an array of fun treats. These include milkshakes, sundaes, and parfaits, all created with cereal. The company allows entrepreneurs to choose either a food/trailer truck, mall/airport kiosk, or store-front location.

Cousins Maine Lobster: The food truck was established in 2012, and its two founders had little restaurant experience. However, the truck has been making a lot of sales from selling fresh and succulent lobster on the street. Other food offering includes a wide selection of Rolls, Tacos, Quesadillas, Tots, etc. These are all stuffed in plump, fresh Maine lobsters rich in flavors. Additionally, this truck offers catering services to its customers.

CHURROMANIA food truck: The restaurant opened its doors in March 1997 and spread from Venezuela to both North and South America. It offers fresh, hot, sugar-coated churros, and the delicious smells emerging from the store drives in customers. CHURROMANIA has a unique business model that makes it stand out in the pastry world. It has two most unique items: TWISTMANIA, which has a variety of inviting toppings, and BIGMANIA, which gives customers their favorite filling. The franchise fee is $30,00.

Dairy Queen: The restaurant founder J. F. McCullough created this ice cream business after experimenting with a new frozen dairy product recipe. He launched this business in 1940, where he sold soft-serve ice cream as take-home pints, ice cream sundaes, cones, and quarts. Today you will find chicken strips, hamburgers, and hot dogs on its mobile food truck that began in 2010. The initial franchise fee is $35,000 and a 4% ongoing royalty fee.

Dolly Llama Waffle Master: The dessert franchise is popular among its franchisees because it allows them to have multiple units. Its models include a kiosk model, brick & mortar, and a mobile trailer.

HipPOPs: The Gelato ice cream truck dived into this business in 2012 and began franchising in 2015. The company delivers handcrafted frozen goodies to people using a truck. It has a POPtruck that advertises it when on the street. Its franchisees sell from the POPtruck at golf tournaments, music festivals, art and crafts fairs, cater events, and food truck events. The initial franchise fee is $25,000.

Kona Entertainment Vehicle (Kona Ice): This truck sells more than 10 flavors of shaved ice. Since customers can mix the flavors for themselves, an entrepreneur can serve close to 500 customers per hour. Kona Ice has won several awards due to its combination of strong corporate support, fresh concept, and desire to change the world and make it a better place. The initial franchise fee ranges between $14,900 and $149,000.

Kono Pizza: The casual dining restaurant offers pizza cones with different specialty fills such as classic pizza ingredients, drinks, and salads. The entrepreneur chooses between location-based units, stationary restaurants, and mobile units. Kono Pizza mobile units comprise the cart that can be used indoors and outdoors, from permanent or semi-permanent locations as well as at events. Also, its food truck can move from one location to the other because it’s a fully motorized vehicle. Still, one can opt for The Concession Trailer, which is not motorized but can attach to a motorized vehicle.

Little Caesars Mobile Pizza Kitchen: The pizza restaurant was established in 1959 in Garden City, Michigan. Since then, the chain has diversified its offerings to include Italian staples like spaghetti and fried chicken. Little Caesars’ first franchise began its operation in 1962. Pizza Pizza ad campaign was the best hit in the Midwest. The offer included two identical pizzas at one low price.

Nashville Hot Chicken (NHC): This is an emerging chicken franchise brand that gives its franchisees an opportunity to establish their food truck, stand-alone location, or a ghost chicken. The restaurant serves signature chicken recipes.

SPITZ Mediterranean Street Food: The fast-casual franchise features Mediterranean street food made from scratch. The model appeals to consumers of different ages, but its décor and menu is designed for millennials and Gen Z’s. It’s extremely easy to operate these restaurants as well as generate exceptional revenue through catering sales channels, delivery, takeaways, or dine-in. The 500*3500 sq ft restaurant is highly efficient, and the company offers ongoing support.

The Grilled Cheese Truck: After competing in the 7th Annual Grilled Cheese Invitational, Dave Danhi started a joint venture with Michele Grant. Danhi saw food trucks serving hungry customers, which inspired him to begin his grilled cheese truck and focus on various gatherings. The franchise fee is $ 15,000 plus 8% royalties.

The Halal Guys: The founders hopped into a mobile food truck in 1990 using a humble food cart that later turned into NYC’s never-ending line due to constant customers demand and requests. Its food offering comprises signature chicken, falafel platters over rice, gyro, and flavorful white sauce.

Toppers Pizza: This is an American chain of Pizzerias that Scott Gittrich founded in 1991 in Champaign, Illinois. The restaurant began franchising in 1997 and operating a mobile pizza store in July 2011. While its first target was hungry college students, today, the mobile pizza truck has diversified to other customers.

Wayback Burgers: It is a fast-casual restaurant chain that sells delicious burgers to hungry customers. Aside from hamburgers, the restaurant serves chicken sandwiches, hot dogs, salads, and milkshakes. In addition to its brick-and-mortar stores, the company dived into the food trailer trend and has a loyal following.

ZooHoo’s Eatery: This is a fast-casual restaurant on wheels. You will find hand-petted grass-fed burgers, hand-cut French fries, portabella mushroom wraps, and fresh vegetables, as well as soft serve quality ice cream on this mobile restaurant. Others include fresh mescaline salad, conch fritters, fish sandwiches, grilled chicken, and vegetables. Entering the food business through franchise will eliminate added startup costs in addition to overhead expenses that a brick and mortar establishment has.

5 Reasons To Use Virtual Offices For Your Business