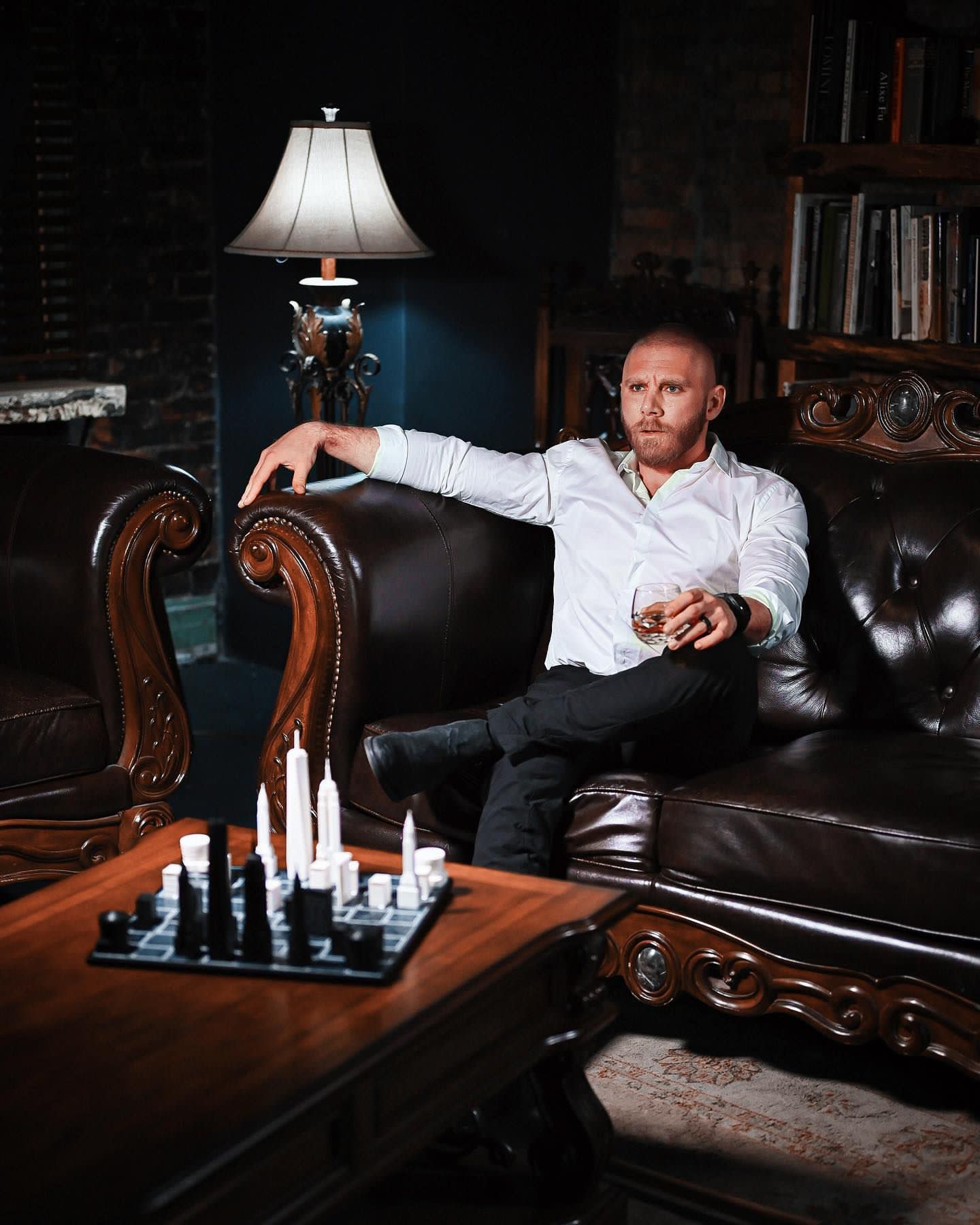 What does it take to grow from a young ambitious entrepreneur from a small town in Eastern Europe to a successful digital advertising and media production business owner conquering the New York media scene? Denys Kanel knows the answer.

Denys learned what it means to fight for recognition and success early in his life – and quite literally so. As a junior member of the Ukrainian national karate team, he developed a profound understanding of how important consistent effort, endurance, and calculated risk-taking are for an athlete. And he managed to leverage all the qualities when he started his first business at just 20 years old.

It all began as a small media group: local event promotion and advertising, photo and video-shooting services for miscellaneous venues – Denys was always thrilled by the dynamics of urban social life and sought ways to build a business around it. So it’s no surprise that just 5 years later, after achieving the set goals in his hometown, he decided to move to New York – the urban heart of the Western world. 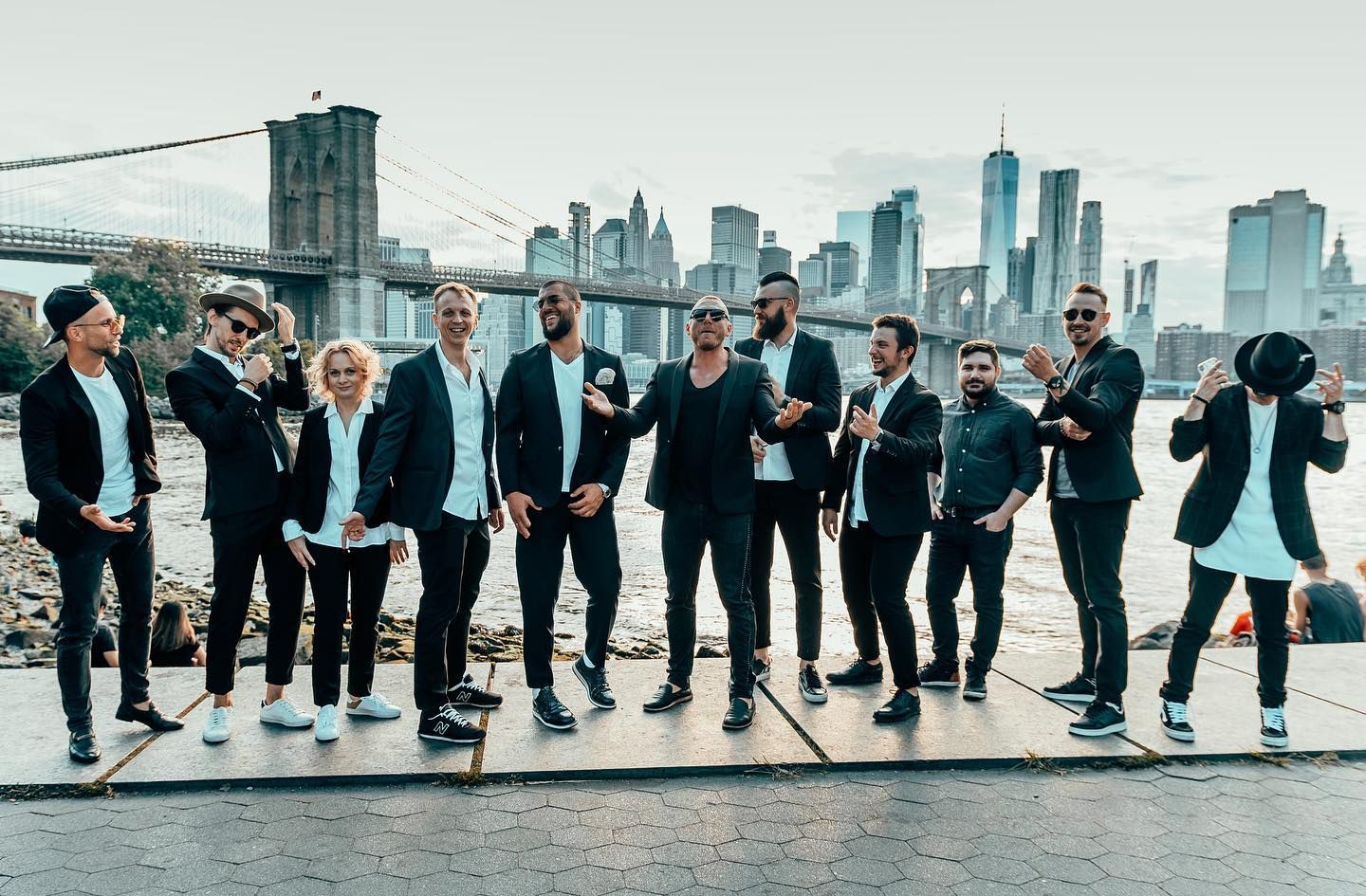 When asked about the reasons for this drastic change of scenery, Denys comments were:

“I felt the urge to grow – and there simply wasn’t enough space and opportunities back there in my home country. New York is not only about the money that circulates there – although I have to admit that it was one of the reasons I chose to move there. More important for me was the freedom to build and promote a small business and see no limits to its growth. And limits are not something I am very fond of as an entrepreneur. I was tired of banging my head on that invisible ceiling back in my city. It’s different in New York – it’s all a clear sky as far up as you can see.” 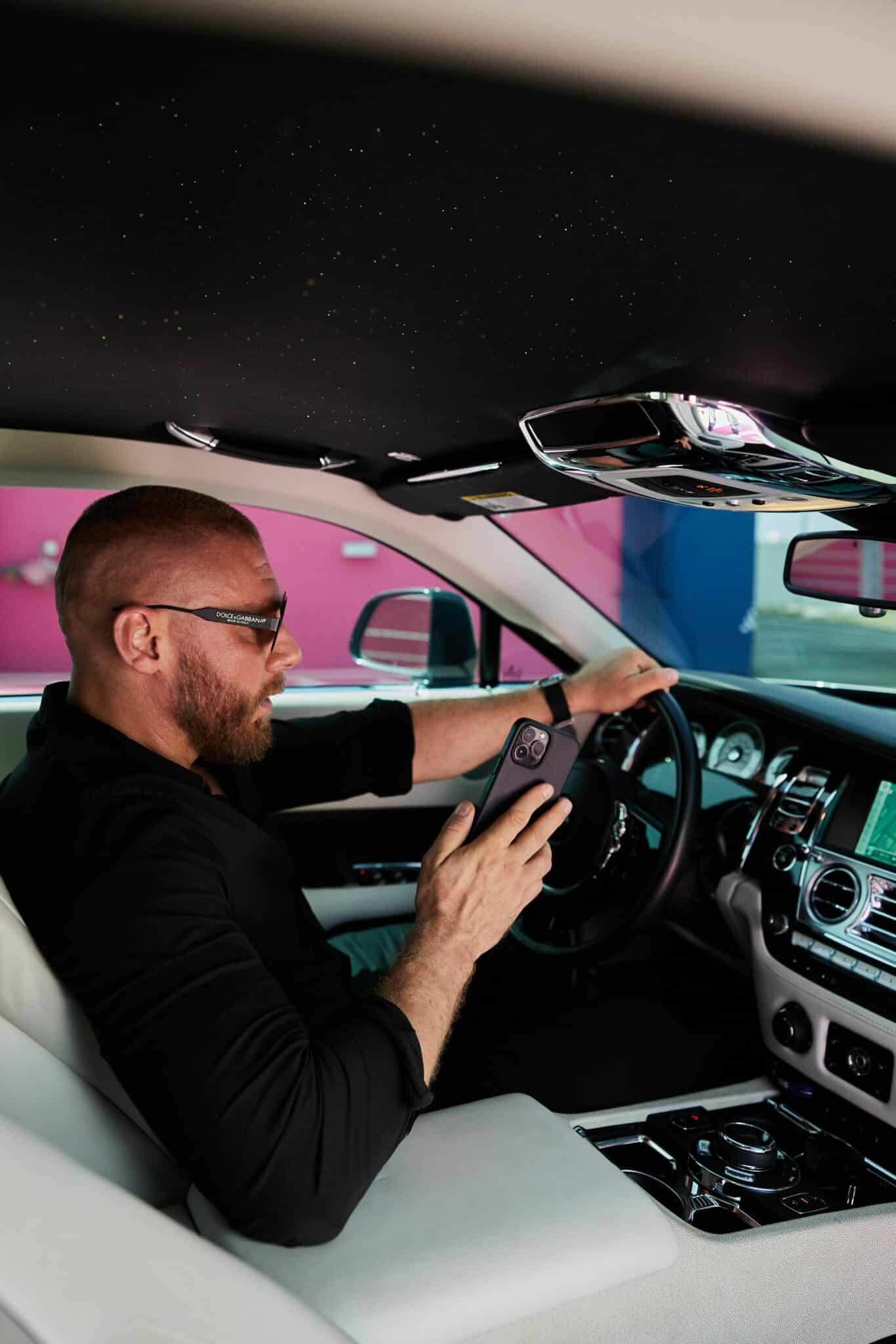 Denys’ first success in New York was getting ownership of the company with digital advertising screens in cabs operating through the boroughs of Brooklyn, Manhattan, and Queens. And that’s when the rapid expansion of his media production business started. The number of cabs eventually grew from 30 to 180, followed by taking over digital screen advertising territories in retail, fitness centers, salons, and many more, as well as on billboards, buses, and LED trucks. Within 5 years, Geometria has boosted its annual revenue from $100k to $4 million. And the company keeps growing rapidly expanding on the national scale.

“I’d say this explosive growth – especially for the past 2 years – owes a lot to effective networking”, says Denys. “We are constantly expanding our reach, staying on the top of trends, and collaborating with other businesses to seek the new ways to increase revenue.”

Another secret to Geometria’s entrepreneurial success is his ability to act on opportunities that others would have overlooked. When he was just starting to work on out of home advertising in New York cabs, he and his team of programmers created customized software for cab screens from scratch – and found a whole new market niche to successfully sell it. “When I see an opening – demand for a new product or service I know my business can deliver – I don’t hesitate to embrace it”, Denys says.

Denys also keeps expanding his company’s reach outside New York – Geometria now operates in Pennsylvania, New Jersey, Illinois, and Florida, with the plans to add new locations in California and Texas this year. 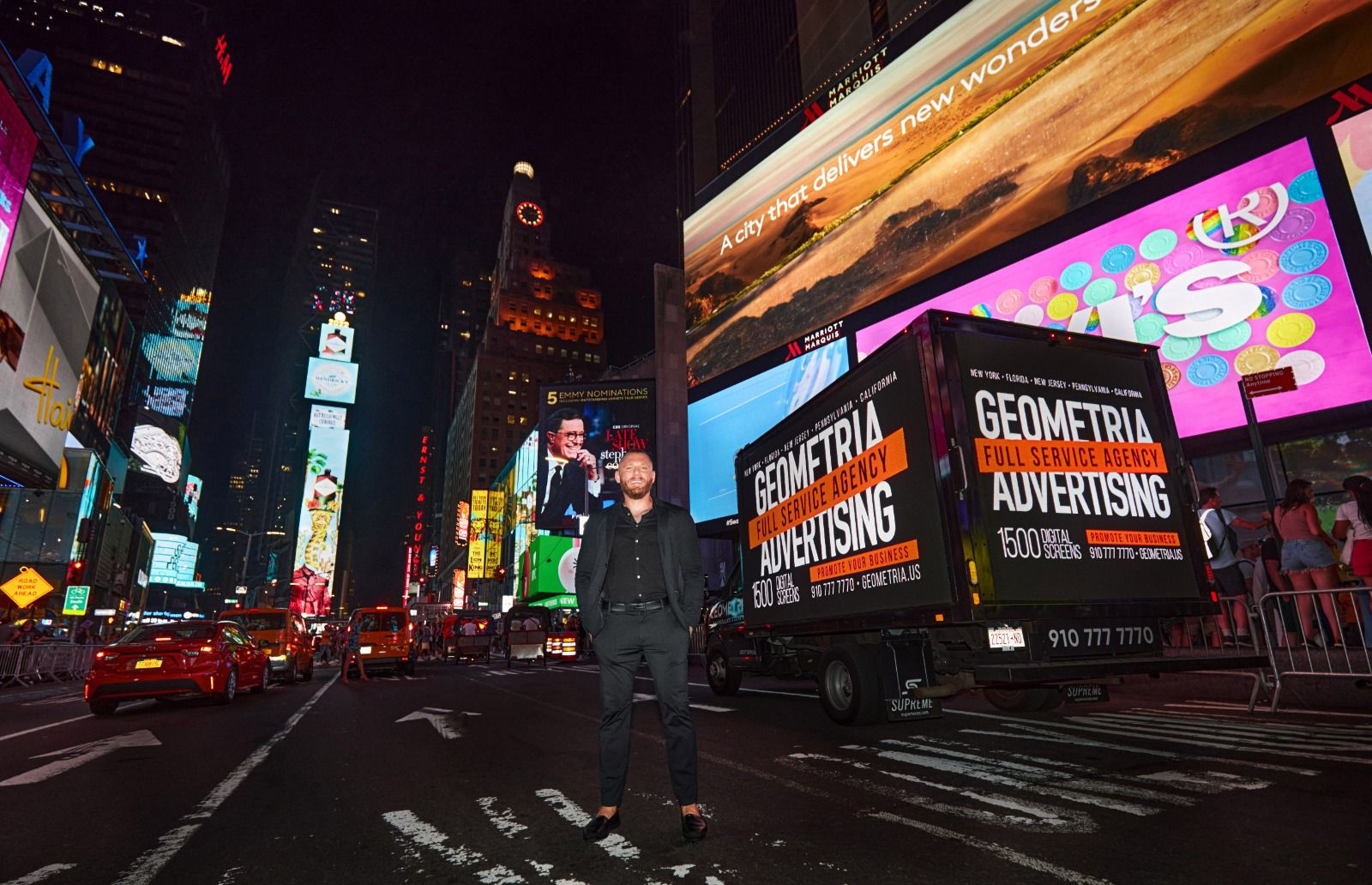 Today, Denys’ company employs a team of 25 professionals in the sphere of advertising and content creation. They work together to bring a quality and individual approach to every client – no matter their tastes, needs, and budgets. The company’s production department is Geometria’s true powerhouse – Denys’ creative team takes their clients’ wildest ideas to develop anything from catchy short ads to full-length commercials.

No wonder Geometria has managed to accumulate a solid base of loyal clients, including Fidelis Care, Verizon, SAKS, Kiton, EZLogz, and more.

Denys’ workspace in SoHo, Manhattan is the embodiment of his business success and life aesthetic. The space has a creative office for the team, production studio, and contemporary art gallery under one roof.

G Gallery is another project Denys has invested a lot of effort and resources in – his admiration for contemporary art has grown into a space that has a life of its own – G Gallery curates both aspiring and renowned artists from all over the world that explore various themes in their miscellaneous work. Spread across several locations, the gallery organizes exhibitions and events for residents, tourists, and art connoisseurs all around New York.