FIFA 23 will be released, and it promises to be better than ever. This year’s edition introduces a number of new features, including Squad Building Challenges, which let you build the best possible team by completing challenges and tasks. There’s also an all-new Commentary System that creates more realistic dialogue and banter between announcers. FIFA 23 will release in September of 2022 and include a plethora of new features and graphic improvements. Some modes will see fancy new enhancements in order to attract customers to buy the latest edition, which is set to be the final one before the EA Sports FC rebrand. While playing FIFA 23, you can get a 12-month Xbox Live Gold membership Brazil. This will allow Brazilian players to have access to all the great features of the game for a full year.

HyperMotion technology was introduced in FIFA 22 for next-gen consoles, PlayStation 5, and Xbox Series X/S. In this edition, we see HyperMotion2, which is an upgrade from the previous version.

EA Sports promises that FIFA 23 will have groundbreaking next-gen HyperMotion gameplay technology, which captures twice as much real match data. This will allow for over 6000 true-to-life football animations, making the game more realistic than ever.

AI has been utilized more in order to make matches feel more realistic and dynamic to the player. A new shooting mechanic has been put in place that offers a risk versus reward, and refreshed free kicks, penalties, and corners have been added. The physics have also been made more realistic.

Chemistry is one of the key things the FUT formula looks for. Gamers have to find the best players to fit into a combination that would suit them. In the past, this has been done by fielding players of the same nationality or from the same leagues, but some changes are expected in FIFA 23.

According to recent leaks, it looks like in the next FIFA game, Ultimate Team mode may involve players from all around the globe being placed together on teams. Additionally, it seems like some changes may be made to how positions work. In addition to that, there will supposedly be new FUT Moments as well as a new group of FUT Icons and Heroes. If you want to experience some other exciting offers like Xbox gift cards while playing FIFA 23, you need to click here. 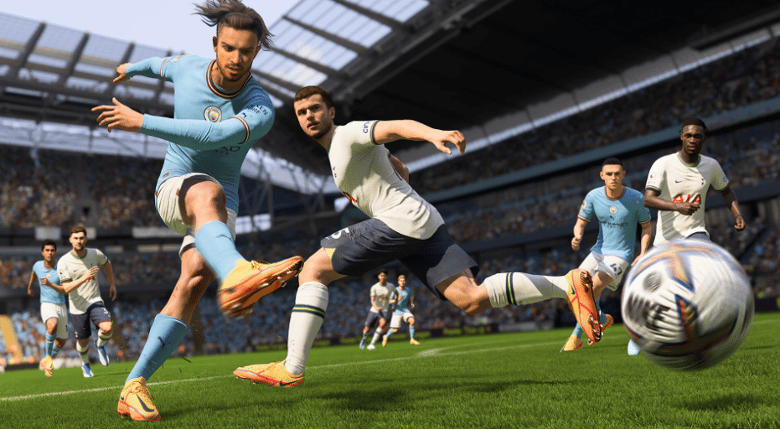 Women’s representation in FIFA is set to see a significant boost with the addition of the English Women’s Super League and France’s Division 1. Some of the most followed teams such as Liverpool, Manchester United, Manchester City, PSG, and more will be available to play with. This is a significant step forward for women in FIFA and will help to increase the popularity of the game among female fans.

Since it’s a World Cup year, you’ll be able to play a full-fledged World Cup in FIFA 23 before the actual tournament kicks off on November 21 in Qatar. You’ll be able to compete as your favorite men’s or women’s team and vie for the chance to lift the highly coveted trophy.

EA has especially enhanced its matchday experience by including a number of new features that are designed to improve specifically the viewing experience for fans. These features include augmented reality broadcast replays, hyper-realistic pitch surfaces, and an improved stadium atmosphere.

EA Sports has finally responded to the outcry of cross-play being available for FIFA players. As a result, various gaming platforms will no longer be segregated. In FIFA 23, cross-play will be available for players on the same platform generation. For example, PlayStation 5 and Xbox Series X/S versions of FIFA 23 will be able to play with one another. This also applies to Stadia and PC versions of FIFA 23 as well as PlayStation 4 and Xbox One versions of FIFA 23. Consequently, this will bring the community together as one rather than having a divide between those who play on different gaming platforms.

Cross-play for FIFA 23 is opt-in for all players, and the platform-level settings will determine whether or not it’s possible.

The good news for Juventus fans as the team will return to FIFA 23 with its original name and stadium. In addition, a bunch of new stadiums is likely to be added to the game, including Barcelona’s Spotify Camp Nou, Juve’s Allianz Stadium, and Nottingham Forest’s City Ground. However, the popular video game company EA Sports will not include Inter or Napoli in their next release due to licensing issues.

Finally, EA has made some much-needed changes to the game’s shooting system, which should make scoring goals feel more satisfying than ever. So if you’re looking for a new football experience, be sure to check out FIFA 23 after it gets released. There are various options available for further customization. So whether you’re a casual fan or a die-hard soccer lover, FIFA 23 will be definitely worth checking out.

How Insulating Your Hot Water Lines Can Save You Money

A Guide For The Traders Of The Bitcoin Cryptocurrency