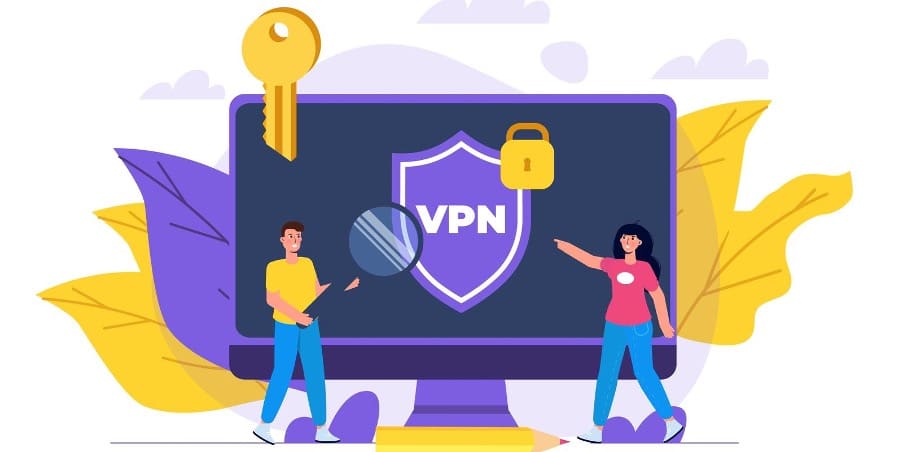 One of life’s greatest illusions is that the Internet gives us unthrottled freedom to access anything we want to at any time. As it turns out the “worldwide web” is not so worldwide after all. There are tons of limitations that internet users face every single day, and it can become frustrating!

On top of that, the internet poses some serious threats to your privacy and security. There are cybercriminals out there that can eavesdrop on your device as it sends and receives data through the internet. This allows them to steal important information such as your login credentials, personal information, and even your banking details.

But, all of this can be avoided if you invest in the top 5 VPNs that are currently available on the market. These nifty cybersecurity devices are the ultimate tools for privacy and security on any of your devices — from smartphones to laptops! Keep reading to find out more about VPNs, how they work, and why you need to have one installed on your device. We’ll also leave some buying tips at the end of the article to help you choose the right VPN — it’s more important than you might think!

What is a VPN

First things first, what exactly is a “VPN”? It’s short for virtual private network, and it’s simply a cybersecurity application that you can install on your device. This app is incredibly important, especially if you’re a frequent traveler that often uses public WiFi hotspots such as the ones at airports, hotels, and even restaurants.

The main problem with these cheap and convenient WiFi hotspots is that they use unsecured networks. Whenever you are connected to an unsecured network, other devices used by cybercriminals can listen in on your device as it’s sending and receiving data through the network. So, next time you’re working at that lovely coffee shop down the road, be aware of what you’re doing on your device!

However, by using a VPN, your connection will be encrypted. This means that no one can see what you are doing on your device. VPNs are so powerful that not even the government of your internet service provider can keep track of your internet history. This will keep your data safe from the clutches of hackers looking to pounce on unsuspecting victims.

But, there’s yet another feature that has played an important role in the rise in popularity of VPNs worldwide — the ability to change your virtual location at the click of a button. It might sound like a complex and technical thing to do, but it’s incredibly easy once you understand the process behind it.

To understand how it all works, we first need to understand an IP address. An IP address is a unique string of numbers that is used to identify your device on the internet. One of the IP addresses’ primary jobs is to determine your physical location and provide this information to websites.

VPNs have several different secure global servers that you can connect to. Once your VPN has connected to one of these servers your real IP address will be masked, and your device will adopt the IP address of the server that you have connected. This is simply done by creating a “tunnel” that routes your internet traffic through the server. In other words, your real location will be hidden from websites, and the VPN will trick websites into thinking that you are accessing them from another country or city around the world (the location of the VPN server that you are connected to).

Benefits of a VPN

Aside from offering your device superior protection and privacy from the malicious intentions of hackers all around the world, VPNs can also offer additional benefits. VPNs have become popular mainly because of the benefits that users get when changing their virtual location.

By using a VPN, you can bypass internet censorship which has become much more common in different countries around the world. Some countries are so strict that they even block social media websites and some Google services — a VPN is the best way to unblock these websites.

As for entertainment, Netflix users and sports fans all around the world will be all too familiar with something known as geo-blocking. Websites will block users from accessing content if they are not in the correct region — this is often why the US version of Netflix has much more content than other countries.

VPNs can even help you save some cash! Many websites, especially travel websites that allow you to book flights and accommodation will discriminate against internet users based on their location. If you’re accessing the website from a first-world country such as the United States, their prices will be significantly inflated because they know that the stronger currency and higher living costs mean that these users are willing to pay more.

You can use your VPN to connect to a third-world country or to the country that you are planning on traveling to and watch the prices of flights and hotels tumble.

Which VPN to Choose

After hearing about the advantages that you’ll get from having a VPN installed on your device, you might be eager to get one. But, you need to be careful when it comes to choosing a VPN — it’s not as straightforward as you might expect.

The first and most important rule that you need to follow is to always choose premium VPNs and avoid free ones. It might be tempting to use a free VPN on your device to save some money, but overall you won’t have a great experience. If you’re using a free VPN on your device, you can expect several drawbacks such as slower connection speeds, more ads, less security, fewer global servers, and even daily data limits.

Even though choosing between premium VPNs will narrow down your search, it’s still important to do thorough research into each VPN. You need to measure how your chosen VPN measures up against your needs and preferences. For example, if you want to use a VPN to watch U.S Netflix shows, you need to find a VPN that is compatible with Netflix as not all of them are.