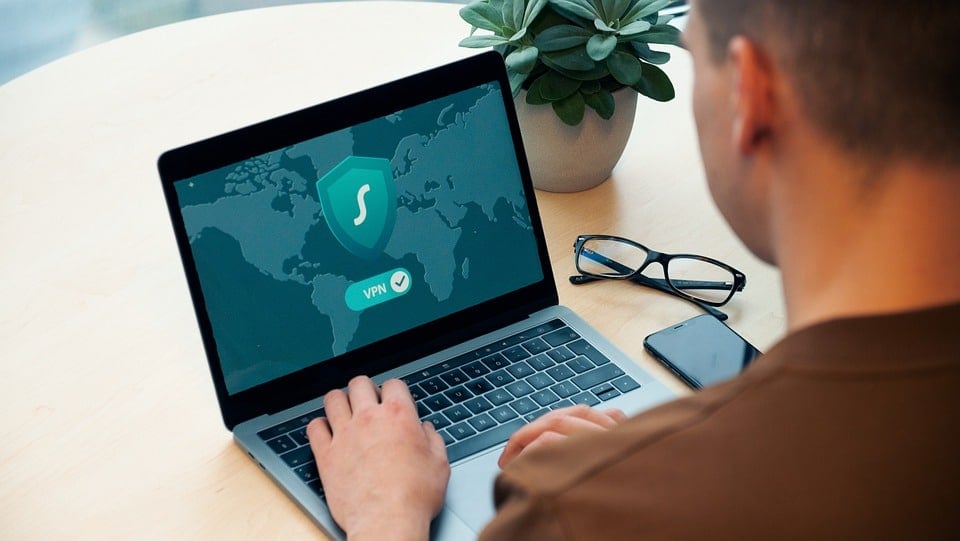 Internet usage has increased in recent years and so is the need to remain safe online. While creating a unique password and regularly updating it can help to keep prying eyes away, the use of virtual private network (VPN) services can help you achieve more. It can help you block service providers from seeing what you’re doing online, navigate around their blocks, hide your activities from a repressive government and more.

Further, individuals that are not extremely fussed about their online privacy can still benefit from a VPN because it allows you to access content that streaming sites such as from YouTube that has been blocked in your country or watch a movie from a different country’s Netflix library.

Generally, a VPN helps you to appear like you’re coming from the country you want to access content from and in few seconds you will be enjoying all the benefits of this virtual residency.

People opt for VPN because there are many online dangers that limit their choices and rob them of their freedom. In fact, cybercriminals are working tirelessly as they hunt for personal details in order to steal your identity or money. They do this using more advanced tools thus the need for a VPN.

Companies are also driving users to go for VPN because they hid cheaper prices, track their users and charge them more. Governments also censor what users in their country can see online. Still, ISPs slow down the connection when a user run torrents and much more.

Therefore a VPN is an excellent tool that takes back your internet freedom while still protecting you from advertisers, hackers and third parties.

Here are the key factors that you should consider when selecting a VPN.

Your privacy and security are the two major aspects of any VPN. Your preferred VPN should have a verified no-logs policy that guarantees a secure digital footprint. A no-logs policy indicates that the VPN doesn’t collect, store or share your data when browsing. Thus your privacy is totally preserved and no prying eyes can access your details.

China, UAE and Iran are considered censorship-heavy regions and they block a lot of content using packet filtering. A reliable VPN provider should work in such countries.

Your traffic should be sent through additional servers when using a VPN thus increased speed. While every VPN will slow you down in one way or another, the question remains by how much it will do that. Faster VPN services should only have a tinny impact on the quality of the connection. That means you will stream, torrent and browse without buffering or annoying lag. It should also help navigate around ISP throttling thus increasing your speed.

Some countries have prohibited torrenting and going ahead without extra protection can expose you to hackers and greedy copyright trolls. So look for the best VPN for torrenting because P2P connections don’t offer adequate security. They help you to hide your traffic and mask your IP address behind a layer of encryption thus allowing you to download torrents without threats.

The main reason why users opt for VPNs is to enjoy the full range of content from Hulu, Netflix, DAZN and BBC iPlayer because they limit their service based on where they are streaming from. So use a VPN if you want to access your favorite shows from these platforms.

Other key factors that you should consider when selecting a VPN are security features, encryption, server network size, ease of use and affordability.

Top choices in VPN service providers for your privacy

Bitdefender VPN: The platform is one of the top antivirus providers that offer VPN services at a very reasonable price. The VPN doesn’t have control over its logging policy. Users are protected from drop-outs using a fully-function kill switch.

CyberGhost: The Romania-based VPN service provider offers features such as zero-logging, solid encryption, stability and security. Users can connect to servers in another country in as little as 15 seconds and it’s easy to navigate its basic and advanced settings. Also, you can customize your connection features and set smart rules.

ExpressVPN: This VPN takes the top spot across the world because of features such as fast server connections, its ease to use, serious security smarts, free cloud backup, excellent customer service. It also offers a 30-day trial. The company doesn’t log traffic destinations or browsing history but it does log dates linked to the VPN service, server location and amount transferred.

Goose VPN: The platform guards your internet access the same way goose performed their guard duty in a brewery in Scotland, a German’s Air Defense Command Base and ancient Rome. The VPN offers a kill switch and unlimited simultaneous connections.

HMA: The VPN has an impressive worldwide reach because it’s available in more than 210 countries. Using this VPN, a user can access major streaming services such as BBC iPlayer, Netflix, Amazon Prime Video, Hulu and more. Further, this VPN has unlimited bandwidth and data and so a user can stream and download on up to 5 devices all at once. Further, it protects its users using military-grade encryption which is supported by multiple protocols, a strict no-logs policy and DNS leak protection.

Hotspot Shield: This VPN has a decent free version while its paid-for VPN has incredibly fast speeds and is easy to use. While this platform collects data there is nothing to link you with the browsing activities. It’s the best VPN for streaming and downloading torrents.

IPVanish VPN: While it’s not a complex VPN service it has top-of-the-line security features such as AES-256 type encryption which allows you to choose between different security protocols such as PPTP, OpenVPN, L2TP, IKEv2, and IPSec. It’s also easy to use because when you choose the location, this VPN selects for you the best server in that city. This is the best VPN service for gaming, streaming and torrenting because it quickly unblocks popular streaming services and bypasses regular regional blocks.

Ivacy: This is a pretty decent VPN with interesting additions. You can choose between multiple protocols, and the app can scan downloaded files for viruses. It also gives you a split-tunneling and kill switch. This is a torrenting VPN, a Netflix VPN and China VPN. It’s also protected using rock-solid encryption and security protocols such as OpenVPN, L2TP/IPSec, PPTP, SSTP, IKEv2 and WireGuard.

Mullvad VPN: The VPN offers 256-bit AES type data encryption, OpenVPN and WireGuard security protocols, and IPv6 and DNS leak protection. The platform has good speeds although not as fast as CyberGhost VPN and ExpressVPN. It allows P2P file sharing and torrenting on its servers and has split-tunneling. It combines bridge servers and Shadowsocks proxy to counter government bypassing.

NordVPN: The VPN is jam-packed with excellent features such as P2P sharing which the platform calls Double VPN that offers a second encryption layer, dedicated IP for users running a VPN that works as a server as well and onion over VPN that allows TOP capabilities. You can also access NordVPN Teams which puts management and billing for a mobile workforce in a central place.

Private Internet Access: The VPN offers exceptional security for users that require a low sticker price. The platform has military-grade encryption to help keep your data and identity secure and away from trackers, hackers and other third parties. Despite being a simplistic VPN, you will find a built-in malware blocker to protect you from adware and much more viruses.

Private VPN: The Sweden-based VPN has more than 100 self-owned servers spread across 60 countries. It ensures users’ security and privacy through AES-256 encryption and security protocols support such as PPTP, OpenVPN, L2TP, IKEv2, and IPSec. It also offers kill switch, IPv6 and DNS leak protection in addition to Stealth mode that is created to get around DPI firewalls and VPN blocks thus giving its users unlimited access to content across the world.

ProtonVPN: The Switzerland-based VPN is able to unblock certain geo-restricted streaming platforms and websites such as Hulu and Netflix. It employs AES-256 encryption with support of OpenVPN protocol. Therefore your identity and activity are hidden from the authorities, your ISP and the websites that you visit. While the ProtonVPN doesn’t store your online activity, the government will also not request this information because of the country’s data protection laws. Some of the platforms that ProtonVPN can unblock are Amazon Prime, Netflix, as well as HBO Max.

StrongVPN: The VPN can support up to 12 devices at once. It has its own DNS service, can bypass region locks for Netflix and has decent speeds making it pretty usable. StrongVPN has limited features.

TunnelBear: You can quickly install its intuitive apps and navigate easily on them. With a TunnelBear subscription, you can have 5 simultaneous device connections. It also guarantees no data logging, employs AES 256-bit encryption, the ad blocker is availed as a free browser extension and eliminates mid-roll ads on streaming platforms such as YouTube.

VyprVPN: This VPN is known for its proprietary Chameleon protocol and users’ data is protected using AES 256-bit encryption while their activity and identity are secured using its strict no-logs policy. Further, this VPN offers automatic public Wi-Fi protection. VyprVPN breaks through Amazon Prime Video, Sling TV, Hulu and other region-blocking technologies. With a good budget, you can get unlimited data and bandwidth.

Windscrive VPN: It’s a fairly priced VPN service that delivers unlimited data and supports an unlimited number of devices. Also, the VPN is compatible with platforms such as Amazon Fire, routers and Kodi TV set-top boxes. Windscrive VPN has the best chrome extension with tons of features.

How to organize a Covid-19 vaccination campaign for your employees

How to develop a netlinking strategy