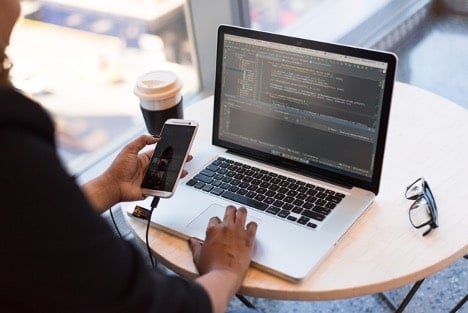 Developing an application with Ruby On Rails is easy, but it would be even easier to use if you follow these simple yet effective tips & tricks. Note this down! These 5 Useful Tips & Tricks of Ruby On Rails will make you savage in no time!

By embedding ruby into HTML, ERB allows you to build your views. Nevertheless, it would be best to be very careful when building your views, as large files are difficult to maintain. There is also a risk of code repetition in this area, which sometimes leads to violations such as DRY. For a purposeful logic, hire ruby on rails developer.

Use helpers in views whenever you feel the same code is repeated often, Use layouts and partials when the same code often repeats in views, and Use presenters/decorators like Draper to reduce the lines of code in your views.

MVC is at the heart of Rails. To increase the testability and readability of the code, maintain a skinny controller. Sign up for Ruby On Rails Online Training for a free live demo to learn more about Ruby. In the controller method, always use the second approach when facing Database Queries. The controller has many logics, but these are the best practices we can use.

It is typical for exceptions, and when they occur, you need to be aware! Clients shouldn’t notify you that a problem has occurred; you should already know about it and be working to resolve it. Rails have had exception notifications since 2005. It is possible to receive exception notifications with plug-ins. Nevertheless, some services, such as Airbrake Bug Tracker and Get Exceptional, add value to your application.

Exceptions are centrally managed, so you can see how often they happen, what environment they happen in (a specific browser? a certain location?), and what parameters were present. By centralizing data, you can see patterns and solve issues more quickly, resulting in a better application and happier users.

The core responsibility of an Active Record model doesn’t include functions such as generating email notifications or interacting with external services. Active Record’s core functionality is to perform CRUD operations in databases.

In Model, some of the best logic is:

MVC is to use as little logic as possible. We might stop at this stage and think, where else can we apply all our logic? Has he said anything in Rails about logic? Of course not! However, using logic within MVC is not advisable. Alternatively, all logic can be placed outside the MVC, which will not slow down the application, and we can manage it more easily.

It would be great if you always remembered that each gem has dependencies on others. The size of your Rails application increases when you use a large number of gems. Performance in production environments may suffer as a result. The server memory configuration may also increase. When adding gems to your application, be careful and cross-check.