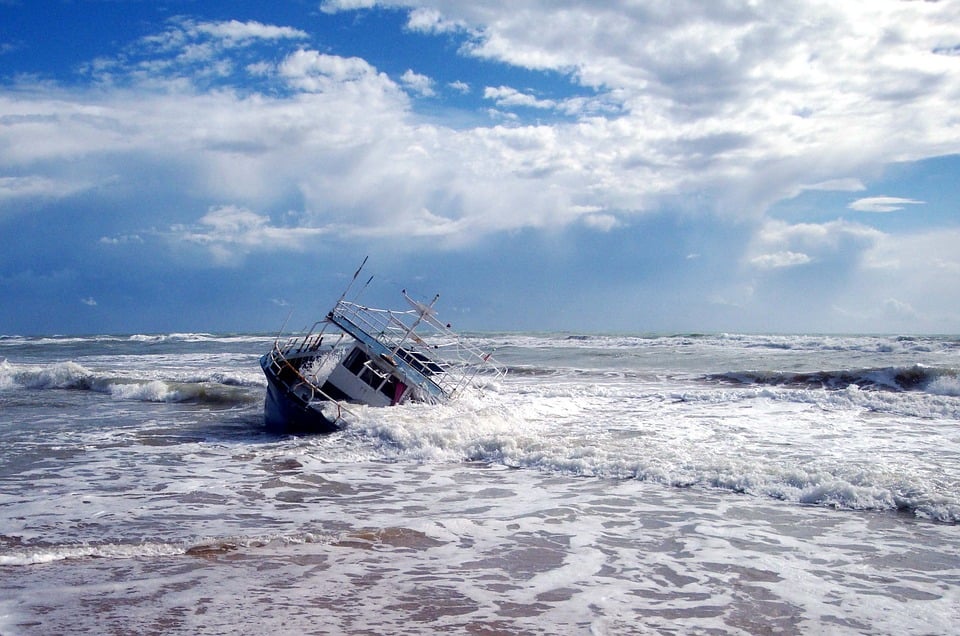 A boat suspected of smuggling migrants into the United States capsized, killing four people, and 25 were injured. The United States Coast Guard said that the Sunday accident happened when the boat broke apart off Cabrillo National Monument at rugged Point Loma in San Diego.

A large emergency response consisting of the US Coast Guard, local and state agencies was sent when it became clear that the incident was of considerable magnitude. According to San Diego Fire-Rescue lifeguard Lieutenant Rick Romero, the rough surf had pummeled the 12m cabin cruiser to pieces by the time the rescue boats arrived on the scene. People were already in the water, and others were drowning; thus, most of them required life-saving efforts.

The ripped-off boat was carrying 30 people and was not adequately equipped with safety equipment. For instance, very few people on board were wearing life jackets or flotation services. Seven people were pulled from the water, four were confirmed dead, and others suffered injuries and hypothermia when the boat disintegrated into pieces, Rick Romero says.

According to San Diego sector chief with Customs and Border Patrol Jeff Stephenson, the boat was smuggling undocumented migrants illegally into the United States when the 10 a.m. accident happened. Investigators were speaking to the captain to determine the nationality of these migrants.

Throughout California’s history, the US National Park Service has been managing the Cabrillo National Monument, which has tide pools, trails, and exhibits. This park was named after Juan Rodriguez Cabrillo, the first European to step ashore in 1542 on this West Coast of the United States.

On March 16, President Joe Biden asked migrants not to come to America. But there is increased criticism on Mr. Biden’s administration due to the surge of migrants at the southern border, including unaccompanied children. He said this in an interview with ABC News, “Yes, I can say quite clearly don’t come over… Don’t leave your town or city or community.”

The US President was criticized for dismantling Mr. Donald Trump’s contentious immigration policies, such as the construction of the border wall. Republicans believe that the sharp increase in migrants is a result of the scrapping of these policies.

The Customs and Border Protection and other agencies have dispatched more boats, and aircraft have been dispatched in the area to stop maritime smuggling operations.

Still, maritime smuggling has increased despite the heightened border patrol operations. Last year, 1,200 apprehensions were made, and just recently, Customs and Border Protection official Brandon Tucker said that an open fishing boat carrying 21 people was intercepted off the coast of Point Loma. The Customs and Border Protection said that the vessel was carrying six women and 15 men from Mexico and were all taken into custody.

It has been noted that some maritime smugglers are using smaller boats and overcrowding them, making it dangerous. Others use conventional vessels like cabin cruisers to try to take advantage of regular maritime traffic. Maritime smugglers prefer the San Diego area because they believe warmer weather comes here, making the crossing safer and easier.