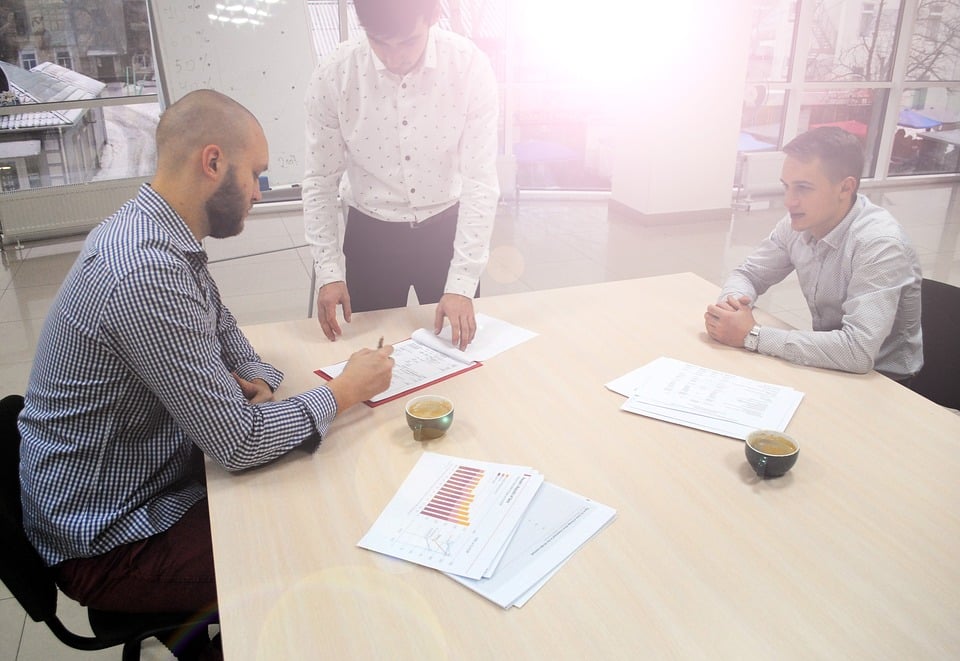 A startup needs money to grow. Entrepreneurs can either finance their business using their own money or from venture capitalists. To woo investors into your business, you have to present a pitch deck, and this can be traumatizing and nerve-wracking because these are strangers who know little or nothing about your startup business.

Aside from telling them about yourself and your business, you have to tell them a lot more, all in a limited amount of time. Therefore you must have the best pitch deck to navigate complex topics in the shortest time possible.

Pitch deck is the presentation founders make to investors to give them a brief overview of their business. This short presentation is an essential fundraising tool that has 20 slides or less.

Preparing a pitch deck, especially for the first-time entrepreneur, is not an easy task. For that reason, this post will provide you a list of 10 creative startup pitch decks to serve as inspiration.

The Venture Capital firm has managed to raise nearly $1B so far, and its 10 slide pitch deck has a format that highlights its innovative ideas. While it’s extremely hard to tell the story of this leading VC in Silicon Valley, its pitch deck has effectively brought out its mission, reinforced its brand to investors as well demonstrated that its team understands its business and customers. As a result, investors were able to tell straight away that this is a good investment.

In 2004, Peter Thiel invested $500,000 in Facebook, helping Mark Zuckerberg shift his company from a dorm room project to a lasting business. However, his first pitch deck was like a media kit containing key metrics, value proposition, and marketing services.

Thus Facebook’s pitch deck focused on solid numbers like user engagement, growth trajectory, and traffic. Therefore startups without revenue traction can tell their company story using other metrics such as user engagement, customer base, and growth.

Therefore, a startup that knows what its product can do and can show the potential, as well as build on the momentum gained at the beginning throughout its lifetime, can achieve its potential.

In 2010 the ride hailer platform raised seed funding of $1.57 million. In its pitch deck, Uber clearly brought out how the inefficiency of cabs and its 1-click ordering solution is what the world needs. It also highlighted its key differentiators, best and worst-case scenarios, as well as use cases.

Thus the best pitch decks are short and cover few main points within a handful of slides. But in the event you choose a long investor pitch deck, then you should switch its slide layouts to avoid the monotony of seeing 20 slides looking the same.

The platform helps people to find and list rent lodging. It’s one of the modern-day success story and entrepreneurs across the world are using its pitch deck.

Airbnb has used fewer words as much as possible to describe its business. Nevertheless, it demonstrated that there is a large market that is ready for a new competitor. With such a pitch deck, the company raised $20k at 3 months and $600k at 8 months (seed).

So startups can simply their company description so that even younger ones can understand what their business is all about. The pitch deck should contain the same core information in its business plan but, in this case, explain it in a simple manner.

This is a top business-oriented social networking site that was founded in 2012. Its pitch deck focus on the company’s power of network, values, and what differentiates it from other social platforms in the market.

According to Leo Widrich, the co-founder of the social media scheduling platform, the firm has raised $500k so far.

In its pitch deck, Buffer focused on its traction, a slide showing that the platform was introducing a great product or market fit. It’s the firm’s traction that made it easy to raise funding.

Basically, Buffer helps users schedule their content for LinkedIn, Facebook, Pinterest, and Twitter. As a result, it had an issue convincing investors about its competitors because the social media landscape is already crowded, and it wasn’t clear how Buffer was different.

Buffer was the first firm to share its pitch deck online to help other startups prepare a presentation to raise funds. And like Facebook, Buffer relied on users’ numbers and annual revenue run rate, and more.

Square is a payment gateway that allows merchants to receive payments via a dongle. In its pitch ditch, Square promoted its management team’s experience. Founders can highlight their team, especially if they have worked with tech giants such as Google, Twitter, Apple, PayPal, LinkedIn, and more.

The company provides payment solutions such as sending, receiving, and requesting funds from others. Dwolla’s pitch deck of 18 slides helped it land $16.5 million in funding. The firm had identified a problem in the market and wanted to fix it.

In its short presentation, the founder shared how he paid $50,000 as credit card fees every year until he created a solution. This led to the founding of Dwolla.

TikTok was formerly known as Musical.ly and managed to raise $150.4m in 2014. However, it’s presumed that the TikTok pitch was made for potential advertisers rather than investors because it used icons in its presentation.

The main advantage of using icons in the presentation is that they give your audience instant visual context. In addition, they immediately draw investors’ eyes to important factors and figures. But, icons should have the same style and color palette to avoid causing distraction.

Startups should create a strong pitch deck that reinforces their brand to potential investors. It should also show them that the founder understands its business and customers.

Some of the lessons from the above 10 startup pitch deck are:

10 Reasons Why Investing in Startups is Not a Bad Idea

Reducing the Impact of Duplicate Medical Records in Healthcare is Possible