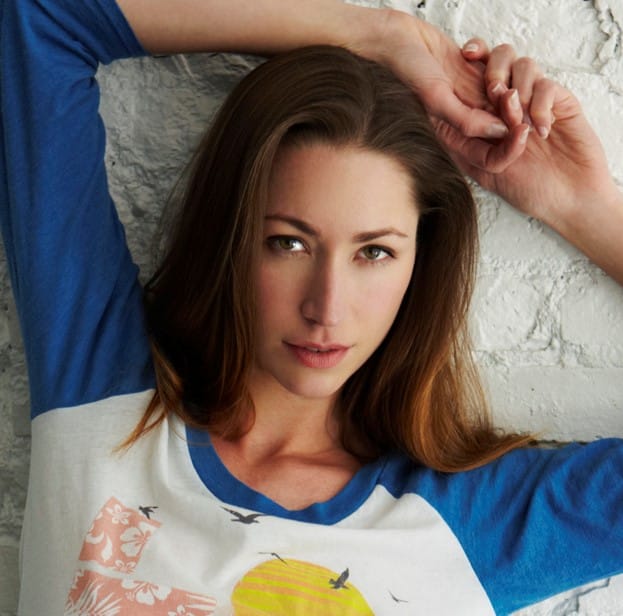 From Ex-Models turned yoga instructors to the bankrupt mogul who owned more than 300 yoga studios, the modern entrepreneurial economy has evolved and grown with yoga. These yogis learned the game and made it big by using their own charisma and media savvy to make their names synonymous with yoga success.  Each worked to cultivate their experience and know-how into a small fortune by tapping into markets that had previously been unreached, and by pushing the envelope every day. Each is a story of success, and each holds insight into how they where so successful.

To begin, let us introduce possibly the most well known person on this list, Ms. Tara Stiles, a ballerina by training, who began her career in Yoga with short promotional video’s on YouTube, amassing more than twenty million views. Her real claim to fame, however comes from her direction of her company called Strala Yoga, which boasts an international traditional and virtual daily audience in the multi millions. Her true success in an already oversaturated field was and is likely tied to her controversy.

Ms. Stiles breaks from the traditional approach to Yoga, and chooses instead to focus on the mind body connection, splitting away the long held religious connotations of the process, and focusing only on the physical postirony. Ms. Stiles also actively works to make Yoga affordable for everyone, charging only ten dollars (USD) a session, and breaking from the standard certification processes, opting for observational assessment of perspective instructors.

A student of yoga since age eight, John Friend is about as close to having been raised by yoga as a person gets. Teaching in some capacity or another beginning in 1984, Mr. Friend eventually (in 1997) founded his own organization called Anusara Yoga, which combined Samkyha, Advatia, Taoism, Wicca, and even Quantum physics to create a hybrid philosophy preaching the so called “Three A’s of Anusara” (Attitude, alignment, and action).

All things went relatively smoothly for Mr. Friend until February of 2012, when a whistle-blower published a website accusing Mr. Friend of sexual indescretions, violations of the ERISA (Employee Retirement Income Security Act), and use of employees to aide in the commission of drug related felonies. Although these deviations meant that he had to step down from Anusara, Mr. Friend quickly found himself back on his feet, and is now and instructor of yoga surrounding the body alignment method called “The Bowspring.”

Donna Farhi has taught Yoga since late 1982, and has published five books on both instruction, and practice of Yoga. As a contributor to both Yoga International and Yoga Journal, she has, and continues to be a guiding force in the international yoga world. When not writing, globetrotting, and teaching her students, Ms. Farhi keeps horses and enjoys the sport of dressage.

Inarguably one of the worlds most exceptional yoga instructors, Ms. Farhi has also contributed to the overall safety of the activity, recommending and assisting in the creation of the Yoga Alliances guidelines for pupil-teacher relationships. While she is one of the older yoga instructors on this list, Donna Farhi shows that success in the field can be carried for long periods of time.

A self-described Soul Surfer and Spiritual warrior, Mr. Peak brings more than fourteen years experience in teaching, as well as almost twenty years of practice in yoga itself, Duncan breaks stereotypes and has soared to one of the best instructors in Australia. Peak is also the CEO of Power Living, a company that owns 8 studios and offers countless retreats and instructional options. Duncan was also the founder of Australia’s first virtual yoga studio called YOGAHOLICS.

Paul Grilley begin practicing yoga in 1979, and went on to study Anatomy and Kinesiology, ultimately earning a masters in the field and a honorary PhD. Mr. Grilley is perhaps most influential yogi on the list when it comes to impact on the practice itself, as he is one of the cofounders of the practice known as Yin Yoga, where gentler and less impactful movements are used to accommodate those who have movement issues, and those who are less well suited for the standard yogoan compliment.

Shiva Rea, a born and raised Californian named after the Hindu deity Nataraja, Shiva began studying under the tutelage of Swami Sivananda Saraswati as well as Daniel Odier, and quickly began developing her own branch of Yoga. She created a special form of Vinyasa Yoga, called Prana Vinyasa, which has taken the world by storm, and is the basis for the classes she teaches to her students, and the instructional method she teaches to her prodigies.

Baron Baptiste, son of the founder of Baptiste Yoga, continued his father’s work beginning in the 1990’s launching Baptiste Power Vinyasa Yoga, one multiple spin offs of the Power Yoga brand, and slowly he began growing an increasingly large following, eventually this culminated in the creation of the widely successful Baptiste Institute.

From HIV, underage prostitution, alcohol and drug abuse, and even those in other countries, Seane Corn is both an activist and a yogi, teaching hundreds of students, and globetrotting while handling both personal and area wide crisis. Beyond her work with adults in need, she also extends her work to those who have been abused sexually and does her best to help them heal using the power of Yoga. She is currently a instructor on glo.com, and is a highly respected and lauded yoga instructor.

A founder of Aim True, she is in fact an influential yoga teacher and an advocate. Working actively in her charity for animals, Kathryn still finds the time to be an exceptionally popular yoga instructor running teachers courses.

The man who found Bikram Yoga might have been the most successful out of all the teachers in this listing, having owned 330 yoga studios in the US only. However, due to few lawsuits connected to his teaching, he filed for bankruptcy in 2017. Nonetheless, he still works with the students.

Each of these self made millionaires have risen to global acclaim through yoga and by tapping in to their social media and entrepreneurial prowess. Taking record of their mistakes, and being aware of their accomplishments, can help small business owners what to do and what not to do.

Should your startup go to CES Las Vegas next year?