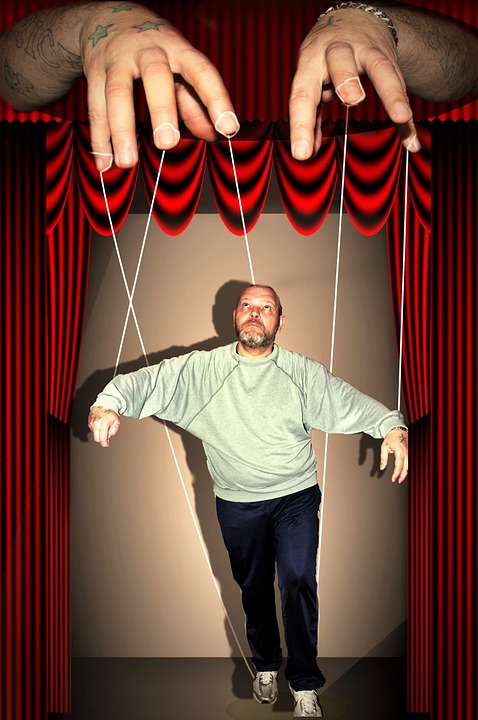 Manipulative people are everywhere. It might be your partner, colleague, friend, or family member. These are individuals familiar with your weaknesses, can detect them and use them to intimidate you or convince you to do what they want, such as surrender something to serve their selfish interests.

These individuals can either use positive tactics such as act concerned, fake closeness, and insecure flattery or negative means such as criticism, silent treatment, emotional abuse, and deception. On the other hand, the person on the receiving end doesn’t feel nice.

The post will review 8 strategies of stopping manipulative people and retain your sanity.

This is the exercise of influencing the other person through emotional exploitation in order to control or benefit at the expense of the victim.

Manipulation is different from social influence because the latter build constructive relationships, while in manipulation, individuals work to benefit themselves through an imbalance of power. Such persons want to exploit others for their own advantage.

These are effective ways of handling manipulation.

Learn to Say NO

The word NO doesn’t come easily. One has to learn the art of communication in order to articulate it effectively. Saying NO diplomatically but firmly helps you to stand your ground and still retain a workable relationship.

Remember, it’s your fundamental human right to live happily and healthily as well as to set your priorities without any interference. So when you say NO, don’t qualify it with a reason because it gives manipulative people more information that they can selfishly use to get a YES.

Further, a manipulative person might not give up quickly, and so they may persistently try to convince you to change your response. However, no matter how much annoyed they get or how much they push you, continue saying NO until they get tired and give up.

It’s easy to detect manipulators because they behave differently with different people and situations. Humans have some degree of social differentiation, but manipulators are mainly on the extremes. Do you know a person who is highly polite in one situation or to one person and at the same time completely rude to another? What about one who is totally helpless in one minute and fiercely aggressive in the next?

It’s important to keep a healthy distance from such individuals and only engage with them when absolutely necessary. This behavior could be as a result of a psychological problem, and no matter how much effort you put you will never change them. So keep a healthy distance unless when it’s completely unavoidable, such as when working on the same project.

Don’t Just Apologize for the Sake of Peace

A manipulative person works at convincing you to do what they want, so they are good at turning tables, playing the victim, and making you look bad or at fault.

You must avoid the temptation to automatically apologize when talking to them about a mistake they made just to keep the peace. Such a gesture gives them more control or power over you, and as usual, they won’t take responsibility for their mistakes.

So never apologize for a mistake that you didn’t make but instead, hold your ground.

Leverage Time to Your Advantage

Manipulative persons are skilled at making unreasonable requests and expect immediate answers in order to increase their control over you in every situation. The best strategy for dealing with manipulative people is to put their requests on hold. In fact, you should distance yourself from their immediate influence by telling them to give you time to think about it.

This answer is very powerful because it allows you to evaluate the request and determine the pros and cons. Further, taking time helps you gather more information on how to negotiate for an equitable arrangement or simply say NO to selfish requests.

It’s extremely important to have clear boundaries in all human relationships. Having weak boundaries allow manipulative people to prey on people pleasers.

Still, such people can stop manipulation by clearly stating what is acceptable and unacceptable in their life. The next step is to walk away and disengage from manipulative people when they keep on crossing your set boundaries. Actually, you can decide ahead the consequences of those who disrespect your boundaries which can help you act fast and avoid giving manipulative people the control.

Manipulative people get excited when you try to defend yourself or instead try to explain your position. They want you to get emotional, and they are not interested in your perspective or what you have to say.

In fact, they try to be collected and calmer when you get emotional in order for others to think you’re crazy or at fault while they look sane and innocent.

Therefore, no matter how big is the drama they create or the number of accusations they lay on you, never apologize or engage with them.

Stand for Your Rights

Generally, manipulators are bully especially when they sense you are weak. Sadly many people give in to their intimidations, and thus they become their target.

In reality, bullies are cowards on the inside, and they start to back down when their target begins to stand up for their rights. Be keen, and you will notice this in the office, at home, or in school.

When manipulative people make demands or requests, they want you to go out of your way and meet them. However, instead of proceeding as expected, put the focus back to them by asking questions that lay bare their intentions.

For instance, ask them whether they think the request is reasonable or sound fair. Whether they are demanding or requesting and if you have a say in it or what you will get out of that.

Such questions serve as a mirror that helps them to see themselves and their ploy. A manipulator will only withdraw the demands or back down if they have some level of self-awareness. However, a narcissist will ignore your questions and persist.

As stated above, you shouldn’t give in or apologize, instead leverage time to your advantage.

7 Steps To Register A Business In Ontario

10 Ways of Handling Stress at Workplace