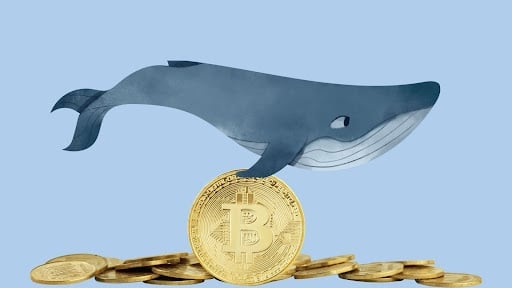 Crypto whales are considered to be the economic gods of cryptocurrencies. They have the power to make or break a cryptocurrency because they control a large part of it.

You may not know this, but the term was coined in 2013 by a cryptocurrency trader named Vinny Lingham. A “whale” is defined as an individual or group that owns more than 10% of the total supply of a given cryptocurrency.

Crypto whales are often blamed for sudden price drops, but is this real? Not quite.

The cryptocurrency market has grown a lot in the last decade, and with it the interest of various institutional players.

Obviously, individual investors make up much of the market, but there is some concentration in a select few, at least in the case of Bitcoin.

These few who hold a lot of BTC are known as Bitcoin whales.

What are cryptocurrency whales and why are they so important?

Cryptocurrency whales are individuals or groups that hold a large amount of cryptocurrencies. They can have a big impact on the market and its prices. When a whale decides to make a big sale, the market gets goosebumps.

The deliberate actions of whales can cause the price of the coin to skyrocket or plummet. To identify these whales, you need to follow their movements in the market and look for patterns.

Bitcoin whales are usually all those addresses or wallets that contain between 100 or 1000 BTC, or even more.

They are called whales because they refer to the large sea animal, considering that if these addresses have this amount of BTC they are “big”.

However, it should be noted that officially there is no specific amount in BTC or its equivalent in dollars to indicate who can be considered a Bitcoin whale.

The particularity that Bitcoin whales have is that their activity can have an effect on the fluctuation of the Bitcoin price at any given time. Therefore, it is a good practice to keep monitoring their activity constantly.

Normally, whales have the ability to influence the market, but it is not something they do in such an obvious way.

Want to become a bitcoin whale? It’s no easy task, but you can start with the basics of how to buy Bitcoin.

How to identify a cryptocurrency whale?

Cryptocurrency whales tend to accumulate their holdings over time. They can also buy or sell for profit or to cover losses.

Identifying a cryptocurrency whale is not an easy task. One way is to look at wallets that have been inactive for a long time and check if they have unspent balances. Another way is to track large transactions made by these wallets and find out if they are selling or buying.

You can also research the markets for clues about large buyers or sellers. This is not foolproof, but it can be useful in identifying investors who are considered whales.

What techniques do whales use to manipulate the cryptocurrency market?

Whales use a tactic called “rinse and repeat”. This is an extremely profitable method for a Bitcoin whale if timed correctly.

The fork with a large percentage of that coin volume starts selling lower than the market rate, which in turn causes people to start panicking and selling even at a loss.

Then the whale will watch and buy again when the price of the coin reaches a new low. Then it simply repeats this process accumulating more wealth and more control over that asset.

Are there only Bitcoin whales?

Well no, not really, but there is an important difference depending on the type of cryptocurrency involved.

If the currency is a stablecoin, a strategy of hoarding or accumulating large amounts to speculate on it, which is what many whales do, does not work as well.

The interesting thing about a Bitcoin whale is that since BTC has an already limited supply, it makes it more precious, and thus by accumulating it in large quantities you are increasing your prospect of influence in the market.

DIY or Dropship With Why Unified: A Comparison