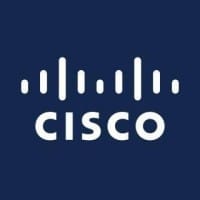 Splunk shares surged more than 10% after news emerged that Cisco Systems made a takeover offer of over $20 billion. Although both companies haven’t commented on the same, the data analytics software company’s stock jumped by as high as 17% after the Wall Street Journal reported about the buyout.

The San Francisco-based company has had a series of disappointing earnings reports. As a result, Doug Merritt, the company CEO, resigned in November after serving the company for six years, and following that, Splunk named Graham Smith as its interim CEO.

Splunk has been making software since 2003. IT and security operations use them to analyze and monitor data. In fact, the networking giant Cisco has an existing data security partnership with it and has been looking for ways to expand its services and software. So this acquisition is one of its strategies into the software world and a perfect way out for Splunk, which at the moment is not doing all that great.

While Splunk shares rose by 17%, Cisco’s dropped by 0.8% during the Monday’s premarket and has dipped by 15% since the start of the year. On the other hand, the Splunk stock has slipped so far by 1.05%.

The $20 billion takeovers will mark Cisco’s biggest acquisition because it surpasses the acquisition of cable TV equipment maker Scientific Atlanta in 2006, worth nearly $7 billion. According to the WSJ report, the news is just an offer, and the two companies are not engaged in any active negotiations.

Cisco is set to announce its results this week. Last year, the company announced that it would revamp the reporting style of its software in order to present this business segment growth better. In 2021, the software segment contributed nearly a third of its revenue; however, the company hopes to record 50% from subscriptions by 2025.

Will Global Stocks Tumble Due to Russian Invasion Fears?