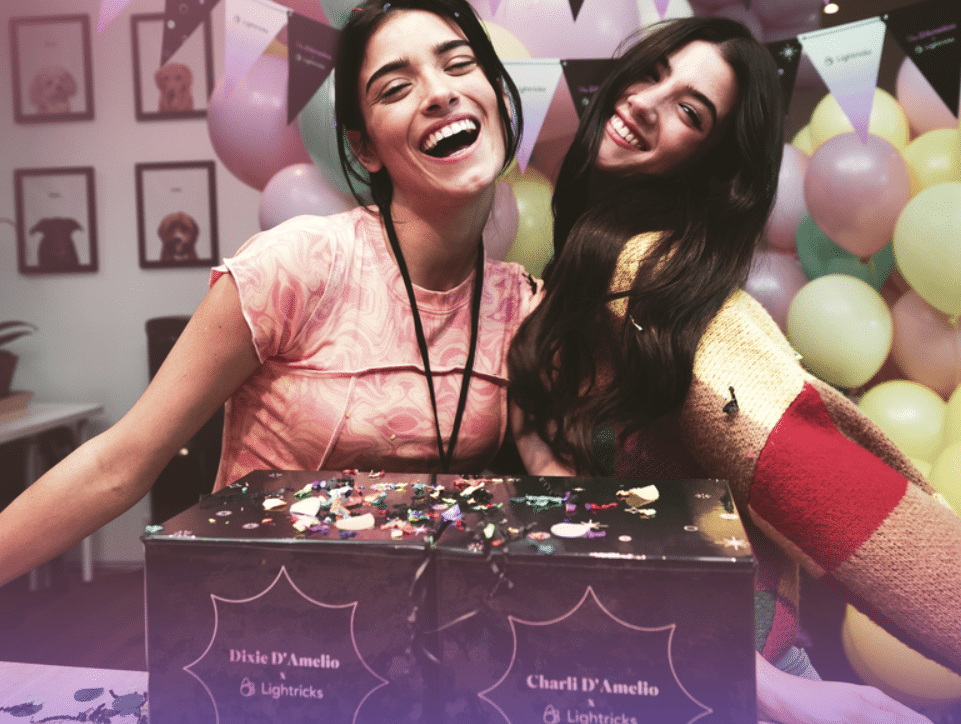 Lightricks, the Jerusalem-based mobile app development startup, has announced an innovative new partnership with the D’Amelio family of global social media fame. In an unusual move, the family owns an equity stake in the unicorn company, where they will join as strategic advisors. It’s a bold step, bringing together the world-leading creator tool builder and a family of world-leading creators.

The D’Amelio family’s rise to prominence is unprecedented. The family consists of parents Marc and Heidi and their daughters, Charli and Dixie. The first star of the family was teen daughter Charli, who began making videos on TikTok in May 2019. Her videos were almost an instant hit, and she became the first person to reach both 50 million followers and 100 million followers on TikTok. She currently has 136 million followers and is the most popular creator on the platform.

Yet the other family members are stars in their own right, with their combined following across platforms topping 300 million.

Lightricks has been on a similar supercharged trajectory. The company was founded in 2013 by five friends who were studying for their PhDs together. The first app the company created was Facetune, and its runaway success built the foundation for everything to come. Facetune is the only app to spend seven consecutive years in the top five paid apps on iOS.

The company then expanded to further hit apps in the photo and video editing space, such as Filtertune, Videoleap and Motionleap, which have over 500 million installs combined. Today, the company is focused on bolstering an ecosystem for creators, to help them realize and monetize their passions.

The relationship between the two entities with strongly aligned goals is logical, but a deal on this scale has eluded other app and content creators. The D’Amelio family now owns equity in a company worth $1.8 billion following its $130 million Series D round.

While uncommon for social media stars, many celebrities from the music and film industry have realized equity is a faster way to build wealth. One particular success story is Curtis Jackson, known by his stage name “50 Cent,” who invested in Glacéau VitaminWater in its early days. When Coca-Cola bought the parent company, Jackson landed an estimated $100 million.

In return for their equity stake, the D’Amelio family will be heavily involved in helping to steer Lightricks toward the needs of the content creation community and empowering the creator economy. Upon announcing the deal, they said in a statement that “By joining Lightricks, our family can inspire the next generation of content creators to spark new ideas and bring them to life. We’re excited to support and shape the development of these game-changing tools and empower creators to follow their passions and find new inspirations for content!”

The effect of having the D’Amelios as strategic advisors is already leading to value creation for Lightricks. The D’Amelios have created templates for Lightricks’s latest link in bio tool. Ltx.bio differs from competing solutions because it offers the ability to create stunning microsites quickly and free of charge. The D’Amelios all use the product on their social media platforms to promote their other products and services, and it’s natural for their fans to want to replicate their favorite influencer’s microsite style.

Another related announcement by Lightricks was the reveal of a new media hub called The247. It’s a place that will host content creation advice from some of the biggest and most inspiring social media megastars on the web – including the D’Amelio family.

The popularity of content creation as a viable potential career has exploded over the past few years. The247 will provide a valuable resource for all content creators, aspiring side hustlers and seasoned professionals alike.

The key part of this deal for the social media world is the closer ties between megastar content creators and the apps that support them to make a living. We’d expect the D’Amelio family’s creative input to help Lightricks serve their market even better and augment their impressive creator ecosystem even further. This could be the first of many deals Lightricks strikes with prominent content creators, solidifying the company’s positioning as a go-to brand serving the creator economy.

Will Global Stocks Tumble Due to Russian Invasion Fears?