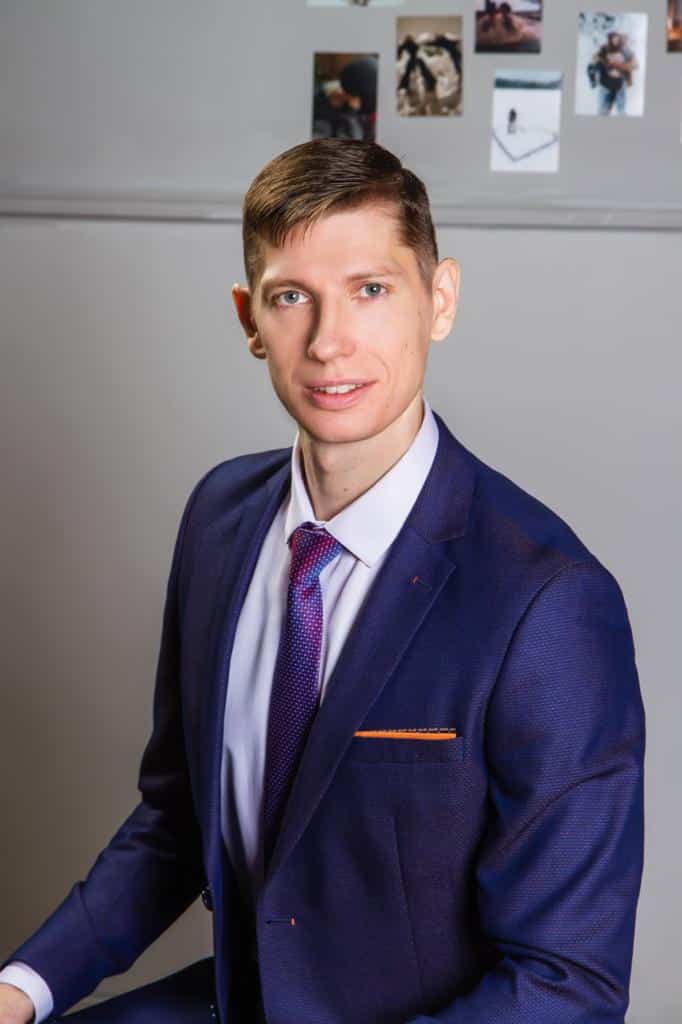 Even in the 21st century with all the technology in the world, many people still track sports tournaments and events by hand. With detailed statistics and in-depth history of sports events, easy to use software, e-Sports integration and more, EasyChamp is a subscription-based service that will make tracking sports results and organizing events easier than ever.

We had a chance to sit down with Anton Abyzov to discuss his launch of EasyChamp. From our discussion, we learned a great bit about his story and why he is the perfect man for such an exciting project…

From an early age, Anton Abyzov learned the value of will-power and how strong it can be in sports competition. When he was in grade school, Abyzov recalled a running competition he was involved in:

“I wasn’t prepared for it, and soon enough it was just me and one other guy trying to finish the race. Thoughts raced through my mind on whether I should give up, but I didn’t. With strong will-power, the other kid and I crossed the finish line. The feeling was amazing.”

At a young age, Abyzov recognized just how much competing excited him. With his back against the wall, he found a way to persevere and complete that race. He would carry this  will-power throughout his sporting career and eventually went on to play futsal, a variation of soccer, in the top professional league in Belarus. He even received a presidential commendation for winning a European competition with the National Team. With his success on the pitch, Abyzov recognized that many of the lessons he learned competing could help him as an entrepreneur as well.

Abyzov has always carried a deep love for sports and competition. So much so that Abyzov began to organize sporting competitions himself. In his early days of organizing events, his wife helped him with video/photos of the games. Abyzov himself had multiple roles. For one, he actually would play in these events. On top of that, he was also the person in charge of gathering information for the website and awarding teams and players during his events.

This experience made Abyzov realize how fun it was participating in and organizing these kinds of events, and he made a vow to himself that once he had the necessary education and skills, he would design a software for others to record their sporting achievements, wins, and other statistics so they could enjoy the amazing memories and feelings that sports give us. 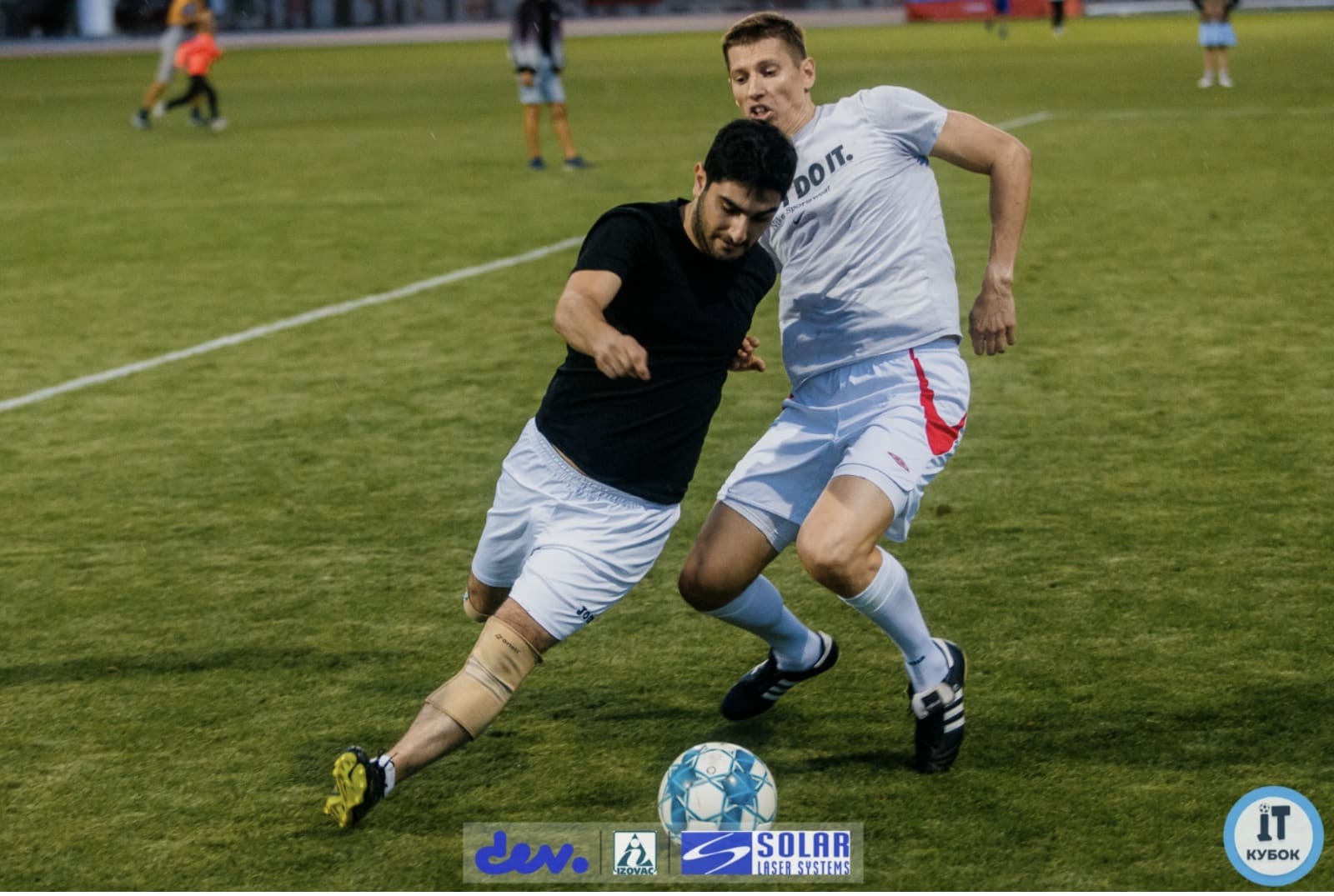 With a chip on his shoulder, Anton Abyzov went on to build up the skills and expertise necessary to launch an innovative project like EasyChamp. Abyzov has been working as a software engineer since 2006. He designed solutions and resolved issues on both back-end and front-end development and has a wealth of experience working with cloud services such as Amazon and Azure. Additionally, he has done DevOps work on Linux/Windows for many years.

Even more impressively, Abyzov has been the CTO of Softgreat, a software development company, since 2017. When Abyzov came to the company five years ago, they only had one developer and one salesperson.

But under Abyzov’s guidance, the company had an explosion of growth. Today, the team has 35 amazing employees and generated half a million dollars in revenue in 2021. During this time, Abyzov was handling different projects utilizing various technologies and found success with everything he touched. Abyzov is someone that knows how to multitask effectively and his time at Softgreat proved that.

Even when under pressure, Abyzov set high standards for himself and his colleagues. A big part of Abyzov’s approach includes weekly “dev talks,” which he used often at Softgreat. With these talks, Abyzov would have the team discuss any problems they are facing and they would brainstorm potential solutions. These meetings were meant to be both productive for business and pleasant for the Abyzov’s team.

With this approach, Abyzov built strong relationships with his employees. He has always been a big believer in showing respect to his employees and eliminating the boss-subordinate paradigm from his work environment. “Anton has shown incredible levels of professionalism, dedication to his work and to his teammates. I highly value and admire his work ethic and the energy he never failed to bring to the team,” said one of Abyzov’s past employees. This is one among many of the positive testimonials given from those that have previously worked with Abyzov.

This is the kind of positive energy and work environment Abyzov believes a team can thrive in.  He had great success with this approach at Softgreat and is doing the same at EasyChamp. In fact, several of the employees at EasyChamp were a part of the fantastic team at Softgreat. This is a group of competent individuals that are goal-oriented and extremely productive, and they have a track record that proves it.

EasyChamp Is a Revolutionary Software

EasyChamp certainly has strong competition, but the company stands above its competitors with its powerful software capabilities, a clear UI/UX, extensive data, and so much more. “We’ve built an engine to describe every aspect of a competition. We’ve extracted all public information we could get about sports/e-sports matches and made it available for every registered user. We’ve focused on making every user scenario easy and clear from the UI/UX perspective. And best of all, we provide a white label solution for organizers. You shouldn’t have to think about creating a website with numerous developers as an organizer or how to host one. You can just come to us, and we’ll make your competitions available on a domain in minutes,” Abyzov explained.

Back in college, Anton Abyzov recognized the value of organization for e-sports as well. He loved playing FIFA and PES with his friends, and they would constantly organize competitions amongst themselves. But he quickly realized how disorganized those types of events could be, with his friends arguing over who scored and the previous results of matches. This sparked Abyzov to implement in-depth e-sports integration for EasyChamp. He wanted to ensure that no student would have to go through the issues he did.  Most importantly, he wanted to make sure that people would have easy-to-use tools to keep track of their virtual competitions. EasyChamp gives people that opportunity and more with its slick interface designed for an enjoyable user experience.

All in all, EasyChamp is smooth and makes it easy to organize events in any way you can imagine. They allow you to follow and gather news/information on competitions of any kind, including major events and leagues (e.g., World Cup 2022 in Qatar, English Premier League, NBA, NHL, futsal World Cup, and more.) From these competitions, users can create similar tournaments, generate brackets, and utilize EasyChamp’s animated draw features. Best of all, the software is unique in that it provides services both for organizers and fans of sports. No more using pen and paper, Google sheets, or Microsoft Excel. EasyChamp is making things easy for its users.

EasyChamp is getting recognition from big name athletes as well. The company just recently organized an e-sports competition for FIFA23 near Miami with former world-class soccer player Ruslan Nigmatullin using its state-of-the-art software. 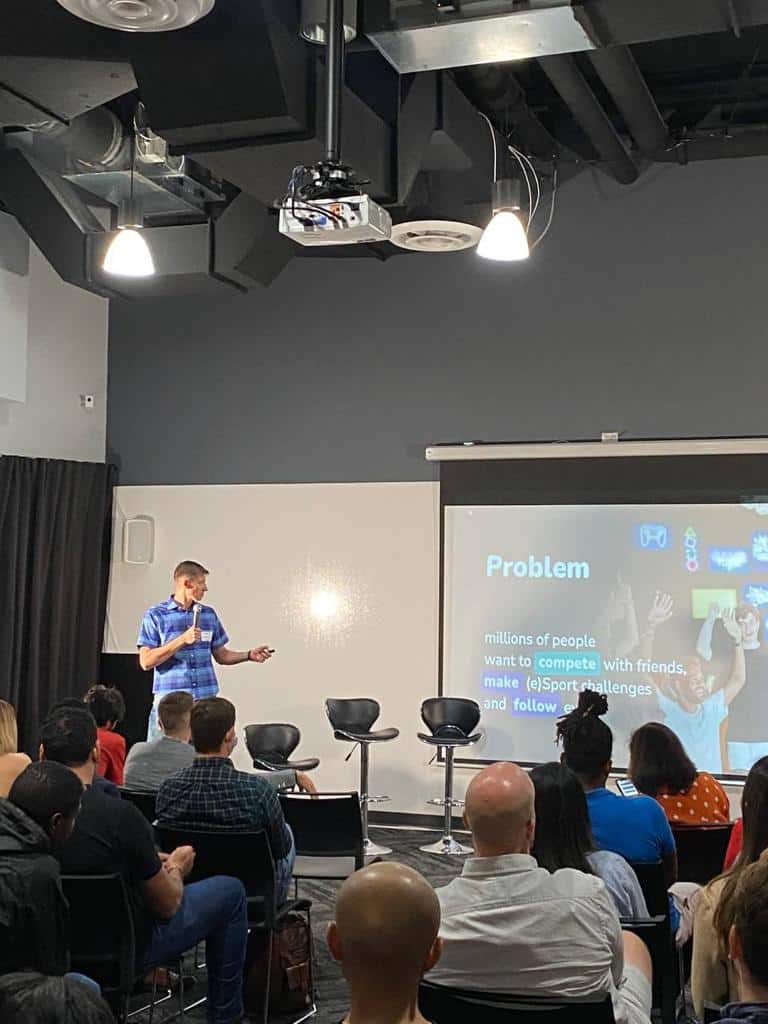 The Future Is Bright for EasyChamp

With such a solid technical foundation and passionate team behind it, the sky’s the limit for EasyChamp. The company is expanding into more sports/esports competitions. They’re working on AI analytics, methods to analyze videos of games, calculating statistics and grabbing other important metrics. Organizing sports events is about to get a lot easier and very fun thanks to the innovative work being done by EasyChamp.