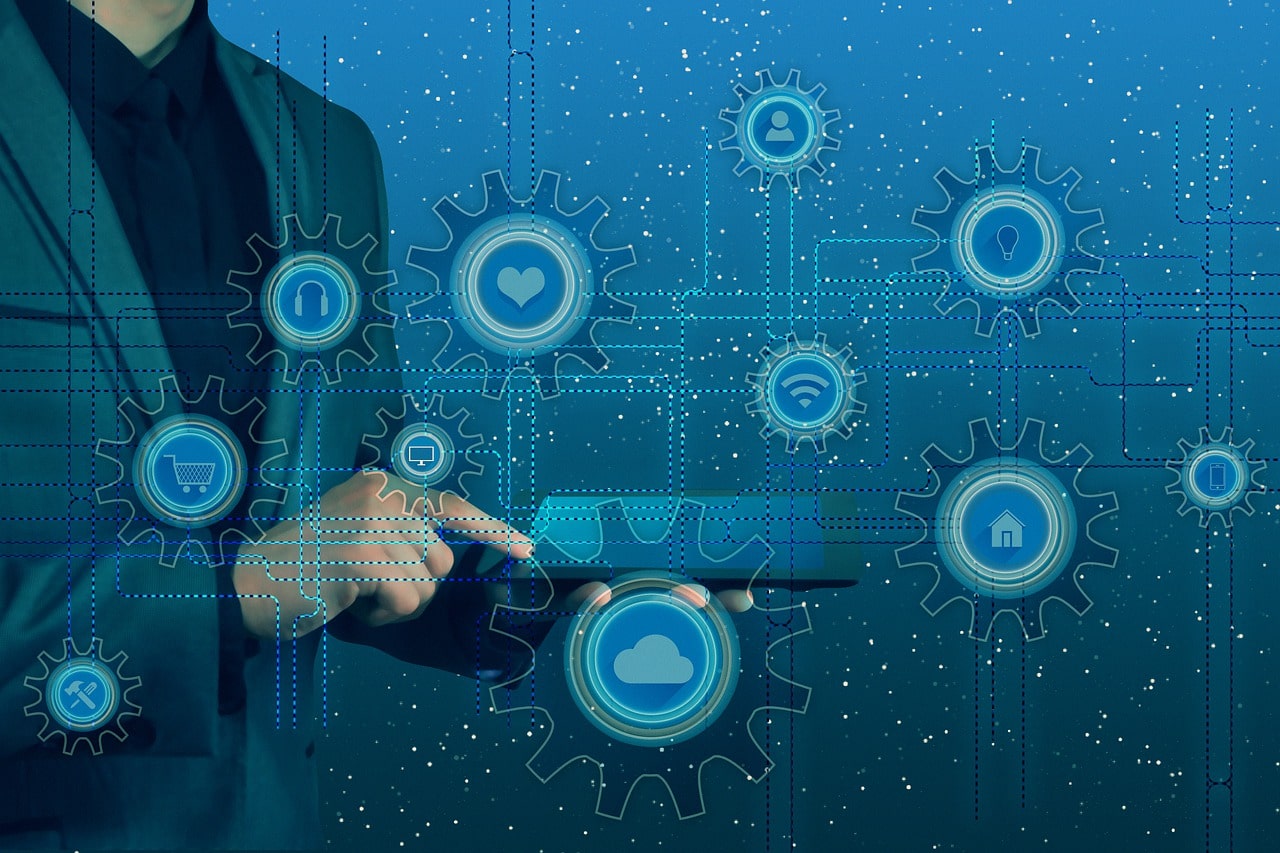 The Internet of Things (IoT) has been a sprawling, growing industry for over a decade. It became popular in the early 2010s, and technological advancements have enabled us to start using it in almost any sector known to man.

This ecosystem of smart devices needs to continuously be connected to the internet to be able to provide its best services. That said, data management and security have always been a challenge in IoT.

In this article, we take a closer look at how blockchain technology can improve the IoT environment thanks to its programmable, immutable ledger. We will try to analyse what benefits cryptocurrencies bring to this growing industry and provide a bit of perspective of blockchain in IoT for the near future.

Why Blockchain Can Be Useful for IoT Devices

Before we delve deeper into the advantages of blockchain for IoT, let’s first briefly analyse both technologies and how they can complement each other.

IoT comprises an environment of interconnected devices that can be controlled remotely to execute a number of various tasks. Smart domestic devices, for instance, can be considered to be IoT. They control certain functions of your home, such as the lights, heating or security.

These devices are continuously connected to the internet and gather real-world data thanks to various sensors embedded in their design. Moreover, because they are perpetually online, you can control them through your smartphone and require them to execute precise tasks.

These types of devices are used across many industries such as healthcare, logistics, satellite surveillance, environment protection, manufacturing, to name but a few.

Blockchain, on the other hand, is an immutable ledger that records every transaction on its network. The ledger is copied onto hundreds of different computers, and modifying any data must be done through proper consensus from all of the participants in the network. It’s also a permissionless, open network that anyone can freely join, regardless of their geographical situation.

As you can see, IoT devices need to store all the data they collect somewhere, either locally or in the cloud. Due to its centralisation, this data remains vulnerable and can easily be compromised by hackers. This makes blockchain the perfect addition to ensure the data recorded by IoT devices remains secure but still easily accessible. It doesn’t present a single failure point that malicious actors can exploit, making IoT inherently more secure.

But that’s just scratching the surface. Below, we delve deep into the possible benefits of the adoption of blockchain for IoT.

Thanks to the immutable ledger and programmability with smart contracts, blockchain could improve the IoT ecosystem considerably. Let’s delve in.

Blockchain transactions, while transparent, are also pseudonymous. This means that addresses on the blockchain are not connected to personal information of any kind. As such, IoT devices that connect to each other through blockchain remain unidentifiable on the grid.

Moreover, blockchain requires no intermediaries to function. This way, IoT devices can directly communicate with each other through smart contracts. The data exchanged between them cannot be manipulated or sold on the market, which increases privacy in the ecosystem.

The blockchain relies on a network of thousands of computers that store its decentralised ledger. Consequently, even if compromised, participants in the network can immediately verify the data’s validity and compare it to their copy of the ledger. In case there has been a security breach, the malicious data will be discarded.

There’s another benefit to this decentralisation of data storage. IoT devices do not have to rely on local storage solutions that are both costly and inefficient.

Blockchains rely on peer-to-peer technology for data transfers. Because there’s no intermediary, the exchange of information is highly efficient and less prone to human error. This also alleviates the strain on the IoT devices themselves as they don’t need to transfer huge amounts of data, shortening transaction times considerably.

Blockchain technology relies on asymmetric cryptography for access – a public address and private key. The latter is a 64-digit code that is virtually unhackable and is used to access the public address associated with it. Thanks to this, users can access the IoT ecosystem and pay with cryptocurrency in a streamlined and secure manner.

And finally, connecting IoT to blockchain minimises the costs for users. Devices can be automated through smart contracts and will require little-to-no maintenance once set up correctly. This is incredibly useful in industries such as the supply chain, as automation reduces errors, and therefore costs.

With all that in mind, there are still some challenges for blockchain adoption in IoT that need to be overcome. Below are some of the most important ones that are still being worked upon by the leaders in the industry:

As blockchains develop and improve, some of these challenges may become irrelevant.

Perspective of IoT and Blockchain Collaboration

There’s still a lot to be done about blockchain integration in the IoT sector. Adoption will encounter many hurdles on the way due to the nascent nature of both technologies. That said, many blockchain companies are already working towards solutions to the aforementioned challenges. New projects are released daily that provide faster, energy-efficient networks with higher transaction throughput.

In the long run, the advantages of the blockchain will be completely assimilated into IoT. This would ultimately transform the technological landscape as we currently know it, and for the better.

What is a Credit Card Consolidation Loan? Easy Explanation

How to exchange Bnb to Btc?