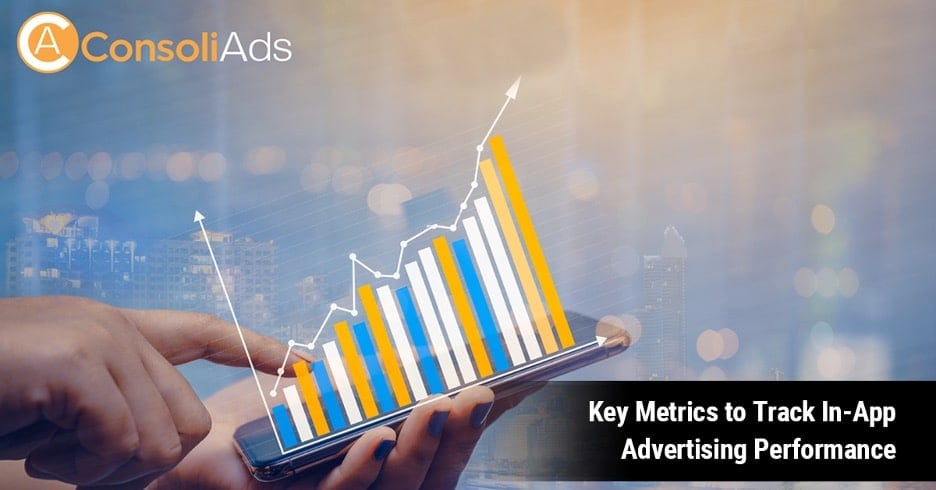 The world today is all about data. Our every move, age, gender, preferences, behaviours, wants, needs, all are being tracked today in the form of data. You must be freaking out right now by reading this, but do not worry, such data is only used to deliver you the best. Whether in the form of entertainment, retail or medical needs, such data is used to target the right potential audience for the right products or right job.

Smartphones play a great role in transforming our day to day activities into useful data. This is when mobile apps play an evident role. Today, marketers seek opportunities to market their products and brands into mobile apps. The reason is users’ increased dependability on mobile apps and smartphone usage as a handy medium. Advertisers want to reach their target audience around the clock no matter where they are. The number of smartphone users has surpassed 6378 million globally, which indeed is massive.

What in In-App Advertising?

In-app advertising is the process of running ads into mobile games either for monetization or marketing purposes. Multiple unique sets of ad units are used to amplify the effect of in-app advertising.

Advertisers running campaigns must be aware of these models. Ad networks around the globe offer this set of business models for advertisers to set up their campaigns based on their goals. Here is a list of metrics based on business models that can help advertisers understand and evaluate campaign performance. However, these are of equal importance for publishers to evaluate revenue.

CPM – Cost per Mile is the cost that advertisers are willing to pay per thousand impressions that their ad campaigns generate. The campaign budget is divided over the number of impressions and then multiplied by 1000. The formula is:

If CPM is low, this means your campaign is doing great, however, if the costs are high, this means the results are not fairly good.

CPC – Cost per Click is the cost that advertisers pay when ads are clicked after being shown in the mobile apps. The effectiveness of the campaign is monitored based on the number of clicks generated on each ad. This metric is more valuable than CPM as it only caters to the actions (clicks made) on the served ads. If the costs are high, this means lesser clicks were made, but if the costs are low, this means more clicks were made.

CPI – Cost per Install is the cost that advertisers pay when an install is done. This model of advertising is often used by mobile advertisers who want to increase their app installs or downloads. So each time an install is made, the advertiser is charged worth a set amount. The campaign budget in this case is divided over the number of installs generated by running ads. Thus, the success of an in-app advertising campaign in this regard can be evaluated on the basis of cost per install.

CPA – Cost per Action campaigns set up by advertisers target a set of actions for conversion. An advertiser can choose ‘click on the button’, ‘app download’ as an action or pick some other set of actions relevant to the campaign. In this case, an action is only considered once a certain task is completed. Advertisers can monitor their campaign’s performance by evaluating CPA at convenience.

CPV-Cost per View is a campaign model used for evaluating an ad run for video views. In this case, a video ad can be set up as the success threshold or at times audience routed to a video. The campaign success can be measured per the number of views generated on the target video content. If the costs are higher, this means the campaign must have failed to bring out the desired outcomes.

One of the most common metrics evaluated by advertisers is the CTR – Click-through rate. Whether in-app ads or other web ads, CTR is commonly used to evaluate the results of marketing campaigns. The higher the CTR against Impressions generated, the more a campaign is successful. CTR is calculated as:

ROAS – Return on Ad Spend is one important metric that sums up all for an advertiser. As the name suggests, this can be used to find the campaign success easily. It is a simple comparison of gained revenue from ads VS the amount spent on ads. The formula is:

Earlier you have read about all the important metrics that advertisers can use to monitor and evaluate their campaign success. Now let’s shed some light on the important metrics that app publishers need to consider for evaluating in-app advertising and its outcomes. Well obviously, it is not just always revenue but also app performance that equally matters for the in-app advertising success in the case of monetization.

eCPM – effective cost per mile is calculated as:

eCPM denotes the earnings of the mobile app publisher. Before you confuse eCPM with CPM, let me clear it up for you. eCPM as mentioned earlier is the earning of the publisher, CPM – cost per mile is the rate that an advertiser is willing to pay per 1000 impressions.

The fill rate is the rate ads served per ad request generated from the mobile app. The greater the fillrate, the more eCPMs are generated. Thus, it is essential for publishers to opt for ad mediation platforms that bring in the best fill rate ensuring the best revenue.

DAU are the unique daily active users that engage with a mobile application within a 24-hour bracket. This helps app publishers understand their app usage on daily basis.

ARPU – Average Revenue per User is the revenue generated per active user for the subject mobile app. It is calculated by dividing the total revenue by the number of active users during a defined period.

What You Need to Know about Paystubs

The Challenge of Vehicle Electrification in Companies