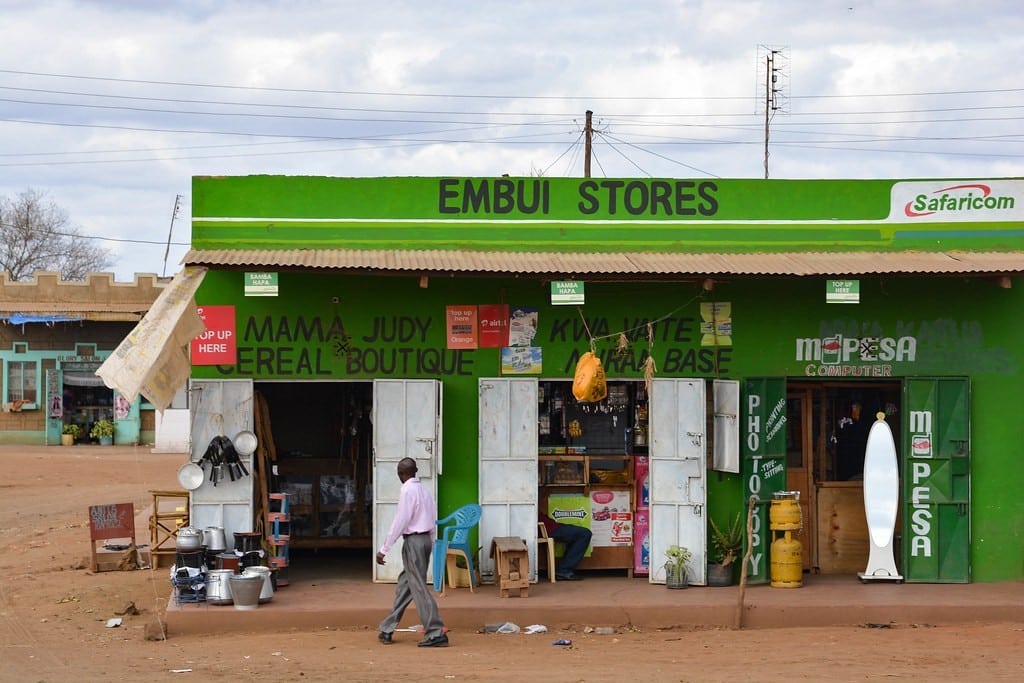 Fintech in Africa: with the success story of M-PESA in Kenya

While walking on the streets both in the rural areas and urban areas in Kenya, you will find “M-PESA” everywhere. Sometimes you can find them more than supermarkets. What is M-PESA? It is a mobile phone-based transfer, financing and microfinancing service, launched in 2007 by Vodafone for Safaricom and Vodacom, the largest mobile network operators in Kenya and Tanzania. M-PESA allows users to deposit, withdraw, transfer money and pay for goods and services easily with any kind of mobile device. M’ is for Mobile and ‘Pesa’ is a Swahili word for Money.

With 93% of the population in Kenya having access to mobile payments, M-PESA is adopted by 19 million customers in the country including more than two-thirds of the adult population, and now boasts 30 million users in 10 other countries: Albania, India, Kenya, Lesotho, Mozambique, Romania and Tanzania.

M-PESA allows you to use your mobile phone as a wallet to pay for things like rent or utilities (electricity, water bills). It can be also used to send and withdraw money, buy airtime and save money, all through a mobile device. Sending money is as simple as sending a text message. In addition, it can be used to access bank accounts. All these services are accessible to people with ID cards or passports.

These transaction platforms opened the door to formal financial services for many poor people. Mobile phones are relatively affordable to many individuals in Africa, especially those living in rural areas. This service was open to anyone who has a mobile phone using a Safaricom line. Also, M-PESA was an easy and speedway of sending money from family members working in urban centers to their home villages. It can be less expensive than traveling to these areas where there was a lack of infrastructure to send cash by post.

There has been a huge amount of effort put into ensuring that consumer’s money is safe. They do not need to see a building with four walls with the name of a bank to trust their money is safe. It is safe with us.

M-PESA also has had an incredible effect on Kenya’s social safety net. The 2008 election is a striking example of an emergency, where Kenyans used M-PESA to send money to friends and families trapped in cities, helping them to get access to food, water, and shelter. During this period of crisis, many Kenyans believed M-PESA was a safer place to store their money than keeping it in the banks which became entangled in political disputes.

How can one explain such a success? According to Safaricom CEO, Bob Collymore, the key with M-PESA is trust. He said “There has been a huge amount of effort put into ensuring that consumer’s money is safe. They do not need to see a building with four walls with the name of a bank to trust their money is safe. It is safe with us.”

The service of M-PESA has been now extended to offer loans and saving products. Furthermore, it can also be used to disburse salaries or pay bills, helping the country decrease corruption. People can also save their time and money as they do not have to waste hours queuing up at the bank.

Looking at this special success story of Kenya’s M-PESA, Kenya has shown fintech-positive practical experiences, helping the population of the country to shift from the traditional banking system to online and innovative digital solutions. This has also contributed to bringing inclusive economic development.

M-PESA changed the way money is circulating in Kenya and Africa at large. Fintech can help transform and improve everyday life. And you, how has technology changed your way of life in your country?