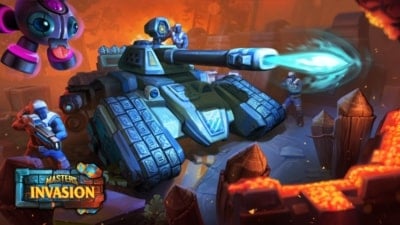 Minion Masters is like Revolve8, Clash Royale, and other real-time games. However, the game has its own set of systems and mechanics that differentiate it from others. In fact, Minion Masters has stood proud since its first PC and console release in 2019.

The game is available on mobile, so fans will be excited to revisit its basics, systems, and mechanics. The article gives beginners the tips that they need to win all their battles. Your goal as a player is to smash the opponent’s master with your missions.

So then, let’s get started with how to play and win Minion Masters.

The game starts with a full deck. In fact, you have over 100 cards with a unique ability, skill and character. However, you must diversify your cards when you want to try new strategies and builds. You can also simultaneously play Minion Masters on multiple accounts with the help of the Instance manager if the PC has BlueStacks. This will even allow you to try out different builds and cards in order to pick your favorite.

Different modes reward players with more cards for their decks, but no one knows what they will get. But you can counter this by playing on multiple instances

Here are other ways to get new cards to your decks and rosters when playing Minion Masters.

Collecting Your Shards: You can obtain new cards by collecting shards whenever you use a Power Token in the Power Tower. Use gold to buy these tokens at 1,000 per token. Alternatively, you can use Rubies at 80 per token. The minimum purchase is two tokens. Acquiring cards through this method guarantees you a card or rare shard for every 5th token spent.

Power Tower: Playing Minion Masters with full cards can be amazing. Power Tower can yield you full cards per token.

Draft Game Mode: Players can get random new cards through the Draft game mode. They can also purchase cards from the store when there is a featured offer.

Clicking on each card in the menu can give you the card’s stats, and on the left, you will find their basic stats. It’s important to know what each attribute represents and means in practice to build effective card decks.

The following is the breakdown of each stat and its effects:

Damage: Sword icon – The damage the units do in every attack

Health: Cross icon – The amount of HP in each unit

Speed: Boot icon – The number of units of range the minion can move in a second

Range: Bow icon – The attack range of the particular unit

Targets: Crosshair icon – The targets that the unit can attack

Now that you know the card’s stats, it’s crucial to know how units behave in combats.

The section will tell you how to use each of your units effectively. Here is how the minions behave in combat.

A card delays when you first drop it on the field. The base delay for spells and buildings is 0.5 seconds, in addition to individual delay that varies from one card to the other. But the delay can never be over 2 seconds.

On the other hand, they will have a 1.5 second delay period when you summon minions. They are rooted in place and inactive during this time, but at the same time, they can be targeted and attached.

You should factor in these delays when summoning units mid-combat and effectively aiming your spells. The minion will automatically perform several tasks once summoned based on the circumstances.

Next, the minion will walk toward the enemy’s master tower using the shortest route possible. They will immediately target the enemy when they enter the unit’s aggro radius and engage them until they die or exit it via another means. Afterward, your units will embark on their normal behavior.

Each unit has a standard radius of 8 units in aggro radius, but it varies in ranged units since the aggro radius is equivalent to the attack range. This helps you to effectively plan attacks that will go past your enemy defenses and change a losing battle to a resounding victory.

Mana helps you cast spells, summon minions, and position buildings on the field. This resource automatically regenerates over time. Mana is a common feature in all games in this genre, and you will definitely come across it in Minion Masters. However, it’s important to note that the resource increases as the match continues.

XP is another resource in the Minion Masters that is similar to mana. The progression mechanic resource type recharges automatically and is used to unlock your hero’s perks. This provides permanent boosts to your present match.

While XP is automatically generated at the base level, it is significantly sped up through capturing bridges. You can achieve this by summoning a minion that passes over it on its way to the opponent’s base.

However, you must be vigilant because your opponent can capture bridges to gain additional XP and unlock their own benefit ahead of you.

You can increase your chances of winning by securing the bridges, managing your mana and units properly, and eventually destroying your opponent’s master tower.

Learning these basics and additional tips can make it much easier to win the Minion Master game as a newcomer.

Tips of Winning in Minion Masters

As you have seen above, mastering Minion Masters requires experience and finesse because it’s a game of strategy. Here are tips and tricks that new players can take advantage of as they improve their skills.

New players must understand the nuances of each deck master and different strategies in the game. One of them is to maintain 3-4 mana in the deck and have an answer for each situation you are likely to encounter.

For instance, you might need various ranged damage dealers as well as a tank. Although every master has different strengths and needs, they need some range damage, a tank, and AoE.

Use Flying Minions to Swarm Your Opponent

This is a perfect tactic when playing against new players and can take you far. However, many players focus on melee minions when building their decks, but they can be easily thwarted.

Instead, you should fill your deck with swarms of flying minions to overwhelm your enemy. As a result, your opponent’s melee minions will just sit back as they watch the devastation as they are not able to attack flying targets.

Stock Up on Ranged Minions

Melee minions and ranged minions are two basic varieties. Melee minions are the foundation for decks, but they have a significant disadvantage. They are not able to strike flying minions, so you need to rack up ranged damage dealers.

Building some ranged attackers is helpful because it prepares you for anything your enemies throw your way.

Ram: Fill the arena with ground hoard minions and invite one or two rammers to the field. The hoard minions will absorb the damage as your rammers reach their targets. This is the Minion Masters’ cornerstone tactic.

Tower: Scatter Stun Lancers in the field. Your enemy’s master will be unable to attack as the Stun Lancers attack the tower. Next, the damage dealers should come in to destroy the tower.

Scrat: Send your Scrat minions to hold your opponent battering away at your tower. It should happen as you save the mana so that they can do their work and unleash a counterattack. This is a defensive tactic.

Look Out for These Cards

Many players love the Scrat Pack card, but mana can get you out of a pinch. Opt for Beam of Doom when you need more AoE damage and grab some Stun Lancer to improve your defensive play.

In summary, Minion Masters online fast-paced video game. Players learn a lot when they start the game such as how to use the master’s abilities and create a deck around them for the sake of victory.

Other games that you can try are Epic Duel, Clash of Dots -1v1 RTS, 1v1.lol among others.

SAND to ETH Exchange: The Most Useful Converter