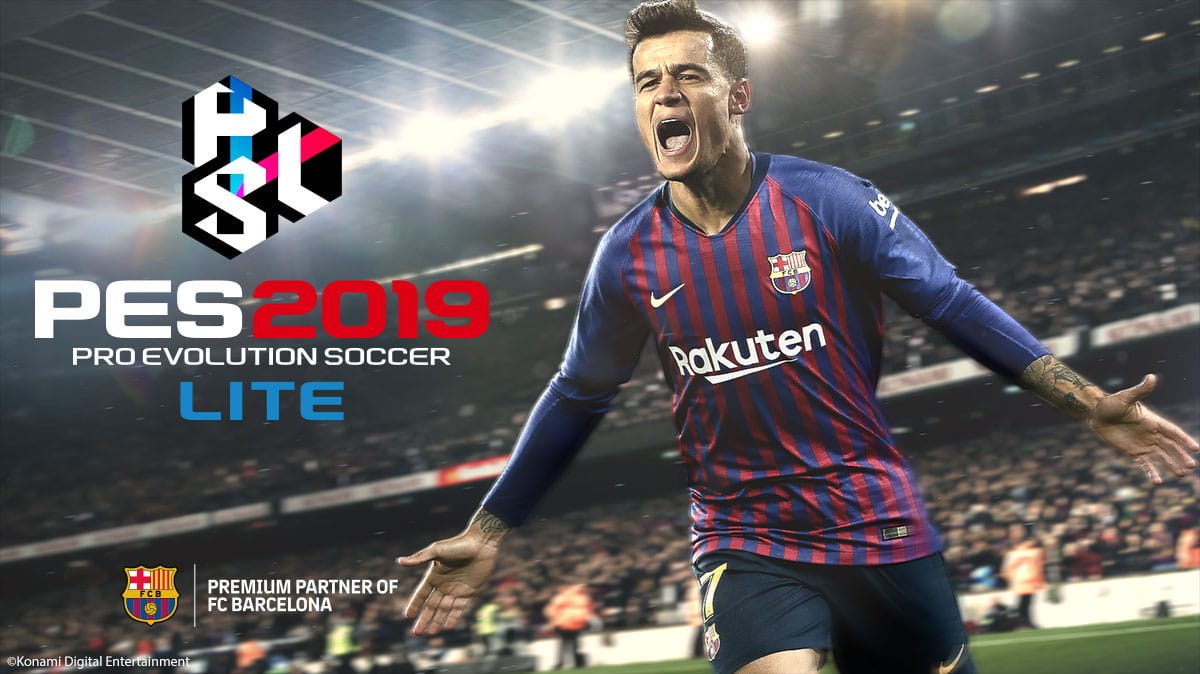 Some Pro Evolution Soccer 2019 (PES 2019) fans are looking for other ways of playing the game without borrowing it from their friends. What they don’t know is that they can get a free-to-play version with more popular features. While this version might not have all of the main game’s features, it’s not lacking in any other way.

PES series has amazing gameplay and stunning graphics. In fact, PES 2019 Lite has advanced standards that a player has to adhere to. For instance, the sports game veteran Konami can’t allow you to engage in a sloppy game even if you’re using the free status.

Gorgeous Graphics: The PES 2019 has photorealistic graphics where every unique player is rendered virtually lifelike. The animation is so fluid that football players look like real people moving in the field. In fact, PES 2019 Lite has all these high graphics quality and details, which is fantastic for a free game.

Free Game: The PES 2019 Lite has a high-quality free game, unlike what developers offer for such versions because of the cost of graphics and functions. The good news is that The PES 2019 Lite didn’t take that route. Instead, its developers focused on myClub mode, an online multiplayer aspect that they streamlined and made much better. Although the game offers some microtransactions, they don’t distract players, and they can still play without them.

PES 2019 Lite is different from PES 2019 because it pays attention to the myClub game mode. Further, PES 2019 has more game modes not available in PES 2019 Lite.

On the other hand, the myClub game mode has enough replay value that keeps players excited. For instance, online multiplayer find PES 2019 Lite enjoyable compared to PES 2019 offline modes such as myCareer.

Further players have unrestricted access to myClub mode and can sign football legends and current superstars. These include Adriano, Cambiasso, Djorkaeff, Recoba, Ronaldinho, and former stars such as Diego Maradona, David Beckham, Gabriel Batistuta, and much more.

PES 2019 Lite offers more freedom and flexibility in terms of training players in addition to a much easier player recruitment process. Users can also recruit legendary players to join their club because PES 2019 Lite is interested in creating the best football club. This allows you to test the strength of your team by competing with other players online.

On the other hand, PES 2019 Lite has certain downsides such as;

Other interesting games that you can enjoy playing include Super Hit Baseball, Archery Talent, Honor of Kings, and more.

What You Should Know About the Era of Celestials