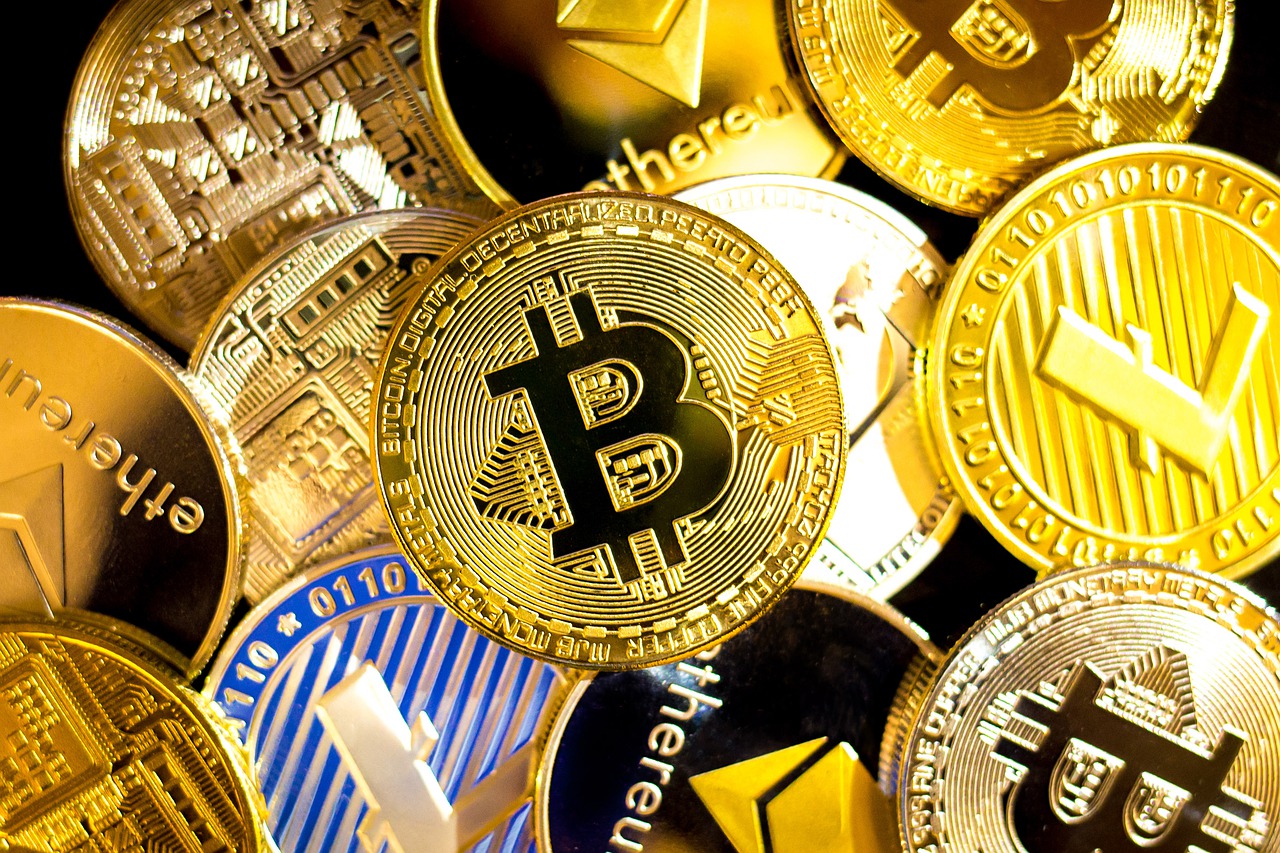 Undoubtedly, Bitcoin is the world’s most popular cryptocurrency. Launched over a decade ago, Bitcoin paved the way for thousands of other virtual currencies we have today.

Cryptocurrencies that arrived after Bitcoin are commonly called altcoins. The number of altcoins goes up to 6,000, with new ones being released every day. Some of them are popular among ordinary people, while big companies and enterprises use others.

Although there are that many cryptocurrencies on the market, almost 90% of the total cryptocurrency market comprises just 20 of the most popular currencies.

While Bitcoin is on top of this list, altcoins like Ether, ADA, Litecoin, and others are also in demand. Advanced technology and a rising number of followers make the following cryptocurrencies the best alternatives to Bitcoin:

The first on our list of Bitcoin alternatives is Ethereum, or, to be more precise – Ether. Ether and Ethereum are used interchangeably, but there’s a difference between them. Put simply, Ethereum is a decentralized blockchain-based platform, while Ether is the cryptocurrency of the Ethereum platform.

The Ethereum team’s mission was to create a platform that would work equally well for everyone, regardless of nationality or state of residence. Ethereum users can code their decentralized applications (dapps) and create “smart” contracts that are run without downtimes and secured against fraud.

At this moment, Ether is the second-largest cryptocurrency right after Bitcoin, with a market cap of over $471 billion.

Launched in 2017, Bitcoin Cash is one of Bitcoin’s oldest hard forks. It’s also among the most successful ones. A quick reminder on what hard forks are: The term refers to a change in protocol that changes a significant aspect of said protocol, and separates from the original protocol to continue developing independently. The original protocol stays in place. The fork in this case was increasing block size from 1 MB to 8 MB, which, in turn, meant Bitcoin Cash offered quicker transactions than Bitcoin. The Bitcoin Cash market cap is currently around $10.6 billion.

Widely referred to as “silver to Bitcoin’s gold,” Litecoin is one of the oldest altcoins. Litecoin was founded in 2011 by former Google engineer and MIT graduate Charlie Lee.

Litecoin is similar to Bitcoin in many aspects, but there are significant differences between these two cryptocurrencies, too. Litecoin is not controlled by any government or bank, and uses an open-source global payment network. However, Litecoin’s cryptography is based on Scrypt, a newer algorithm compared to Bitcoin’s.

Another significant difference between Bitcoin and Litecoin is speed. Litecoin’s block generation rate is higher, which is why it’s become extremely popular, not only among developers but also traders. Litecoin’s current market cap is $12.6 billion.

Cardano was created by a team of mathematicians, cryptography experts, and engineers who did thorough research before creating their blockchain platform. Over 90 papers on blockchain technology were written to support the project.

One of the interesting things many Cardano traders don’t know is that it was co-founded by Charles Hoskinson, one of Ethereum’s founding members. He left the platform after conflicts with the rest of Etehreum’s founders and joined Cardano’s team.

Cardano relies on Ouroboros, the first blockchain protocol that uses proof of stake, which guarantees superb security – and is much more environmentally friendly than proof-of-work. Although it has not yet been grown by perfection, Cardano is already known as the “Ethereum killer.” Cardano’s market cap is $66 billion.

The unique cryptocurrency, Polkadot, is one of the newest altcoins. It was launched in 2020, with the mission to enable interoperability among various blockchains that are a part of the Polkadot network.

On that note, Plokadot’s main advantage is that it allows the creation of unique blockchains. At the same time, developers can enjoy the security of Polkadot’s blockchain. All sorts of transfers are allowed between blockchains, including assets, tokens, and data.

Tether is a favorite cryptocurrency among traders used to working with fiat currencies. Namely, Tether is still blockchain-based, but the platform is designed to enable users to use “fiat currencies in a digital manner.”

The platform was launched in 2014. It became attractive for users because it provides a less volatile market, as it’s a “stablecoin.” That means Tether’s price is tied to the value of the US dollar, and that it’s not as volatile as regular cryptocurrencies.

In terms of market capitalization, Tether is one of the largest cryptocurrencies today. It holds the fourth position overall, with a market cap of $70.1 billion.

The next cryptocurrency on our list is XRP. However, most people know it as Ripple, but the thing is – just like with Ethereum and Ether – Ripple is the name of the network on which XRP relies.

Ripple is a global payment network. Ripple’s clients are big banks, financial services, and companies like American Express and Santander.

Ripple beats Bitcoin when it comes to speed and transaction costs. XRP’s market cap is currently at $50 billion.

Stellar is an open-source blockchain platform founded by Jed McCaleb, a former member and founder of Ripple Labs and Ripple protocol. After leaving Ripple, McCaleb joined forces with a former lawyer, Joyce Kim, and launched the Stellar platform in 2014.

Enterprises use Stellar regularly to connect with financial institutions and complete larger transactions more effectively. Although it is best known as a blockchain solution for cross-institutional transactions, Stellar and its cryptocurrency are still available for personal use.

Lumens (XLM) is the native cryptocurrency used by the Stellar platform. The Lumens market cap is currently at $8.3 billion.

Launched in 2014, Monero is an open-source blockchain platform praised for its rigorous security and privacy features. It’s a fork from Bytecoin, and it was created without the support of private donations and backers. The platform uses so-called “ring signatures,” a technology that guarantees anonymous and completely untraceable transactions.

However, its extraordinary security measures led Monero’s platform to become a breeding ground for criminal operations worldwide. Its current market cap is $4.7 billion.

Released in 2014, NEO (formerly known as AntShares and rebranded in 2017) is an open-source blockchain platform similar to Ethereum: NEO users can also create smart contracts and decentralized apps.

NEO is the name used for both platform and cryptocurrency. Unlike many others, this platform puts a lot of stock in regulation compliance, and every entity on the platform needs to have a unique digital identity. This makes it safer in legal terms, but less decentralized, which is a turn-off for many crypto users. Its current market cap is $2.9 billion.