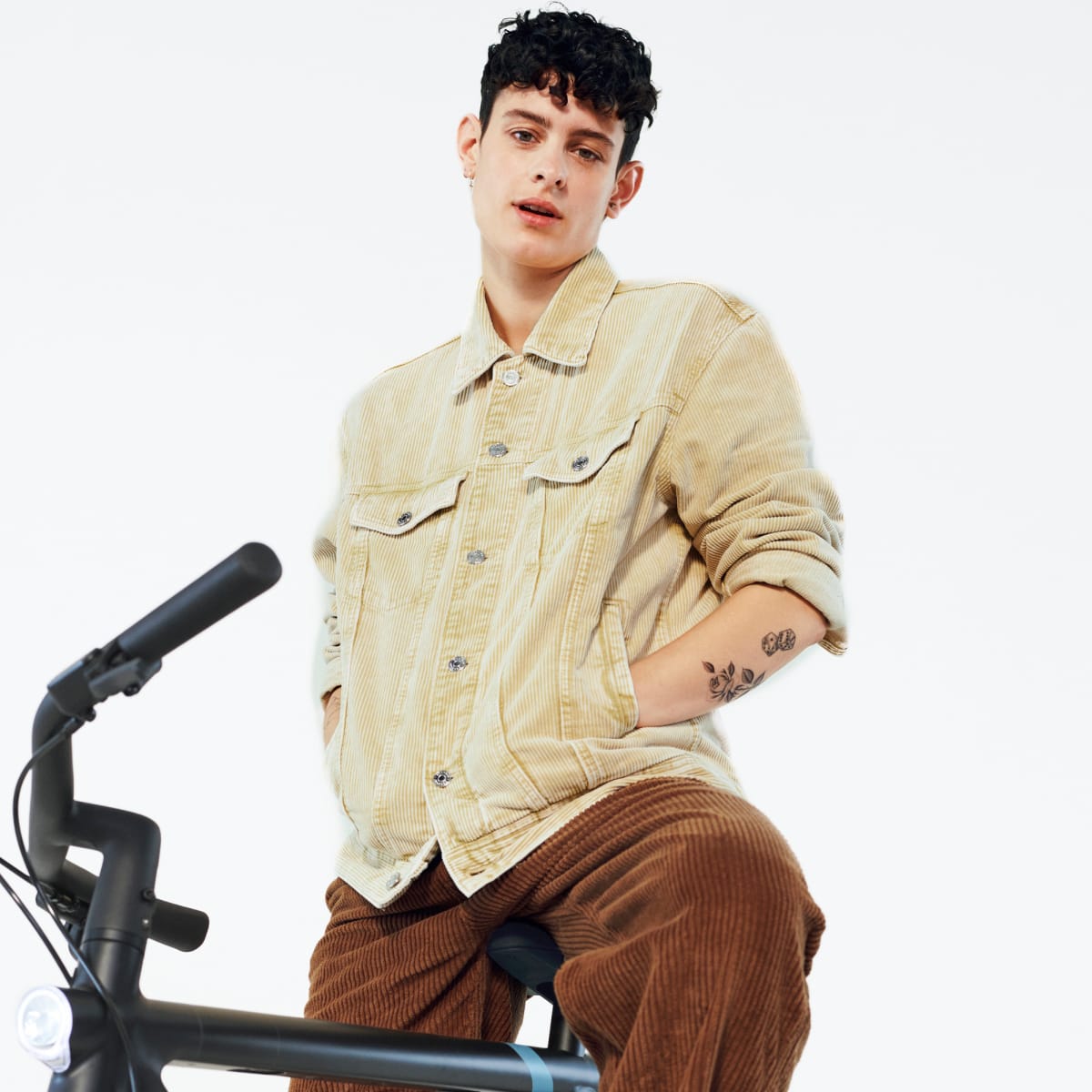 Electric bicycles are hailed as one of the big things that will transform the future of travel. Actually, trend forecasters promise that the majority will ditch their cars and jump to bikes to beat traffic.

Unfortunately, this is yet to take off. In fact, 70,000 out of 2.5 million bicycles sold in the UK in 2018 were battery-powered. Probably health-focused riders are yet to be convinced why they should switch to such a pricey bike. Still, the ebikes available in the market have not yet captured consumers’ imagination, and so they’re not part of the must-have lifestyle purchase.

The good news is that cycling will sharply grow, and ebikes will be the next big, especially due to post lockdown commutes. So more and more ebikes will be sold because more and more commuters are embracing the idea of bike-commuting, and the infrastructure to accommodate this increase is almost there.

Further head-turning products are being released in the market, and so thousands of people who were initially disinterested in owning an ebike are now really, really interested in having one.

The article will review VanMoof bikes and tell you why you should own one.

Half of the commuters in Amsterdam, Netherland, use bikes, and so two brothers, Ties and Taco Carlier, established VanMoof to persuade people in Tokyo and London to embrace cycling as well.

Although the two didn’t have any experience in the bike industry, they opted to start from scratch rather than lift elements from the current bicycles. They began this 11 years ago, and their first bikes were not powered by motors but had a distinctive industrial frame shape as well as eye-catching features like integrated front and rear lights.

After several awards, the brothers decided to take the brand totally electric in 2018. The motorized bikes are loaded with tech and look great, although pricey. The Dutch startup released two new models, the X3 and S3, while part of the world was indoors due to the Covid-19 pandemic.

The models are lighter, faster and with a generous number of features. However, they are priced at around $2000. Here is the full review of X3 and S3 bikes and the reason why you should have one. 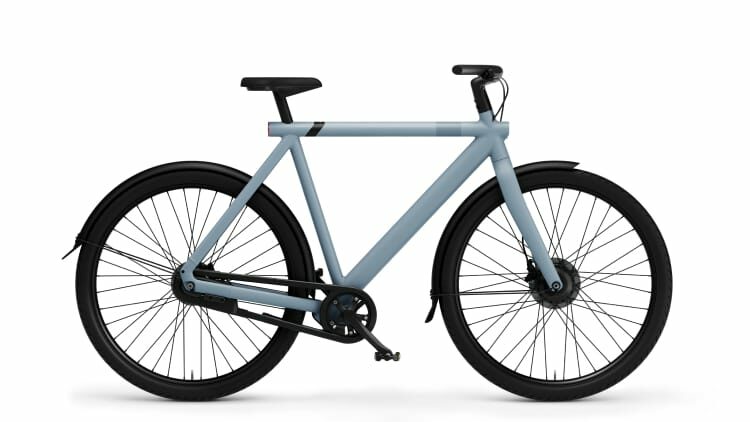 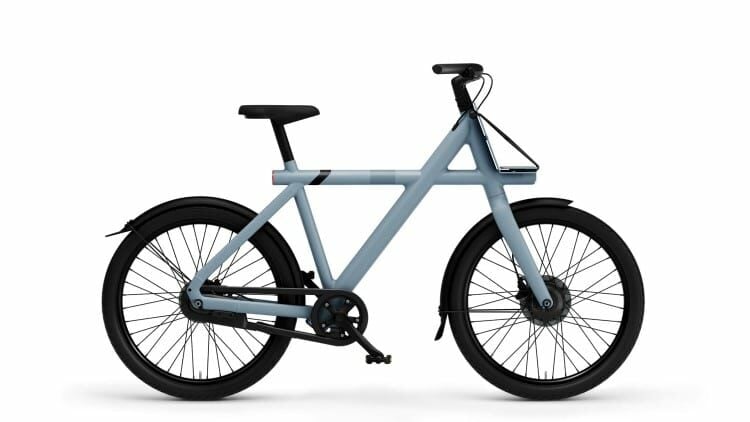 Both S3 and X3 are the same bikes, although they have different wheel sizes and frames. X3 has 24” wheels and suitable for riders between 5.0” and 6.8” while S3 has 28″, thus a perfect choice for riders between 5.8” and 6.8”. You can say S3 is more stable while X3 is more agile, but at the same time, X3 is smaller and less traditional-looking compared to S3.

Both S3 and X3 have one-piece saddle and pedals as well as scratch-resistant matte finishes. This is a new feature after riders complained of scratches on the glossy X2 and S2 models. Actually, the matte grey S3 bike is attractive compared to the glossy S2.

The two bikes have a horn that resembles big traditional mechanical bells. It was a bit hard to get people out of the road with the older bikes.

Some of the common features between the two ebikes are:

The following are some of their differences:

S3 has a more refined front-hub motor that is dead silent like gear. The bike can push out between 250W and 350W of continuous power with a peak of 500W. Thus its motor is the quietest around and puts out 43.5 foot-pounds of torque double what older S2 and X2 have.

The bikes have a 504Wh-capacity battery which takes about four hours to charge, and so a rider can eke out approximately 37 miles or 60km at full power and 93 miles or 150km at the economy. However, X3 has a similar capacity battery, but a rider can only average 60 km per charge and 47km with S3. The bike will shut down its electric motor immediately after the battery falls below 5% of its capacity. However, you can recharge it to 50% within an hour and a half.

The downside of charging these ebikes is that you can’t remove the battery, and so you have to park it near an outlet, especially when your house doesn’t have an exterior power outlet or else you have to lift a 41-pound bike to a place where you can charge it.

While you can’t remove the battery for charging but it can be removed for service. Charging the bike in your room could have been a deal-breaker, especially if you’re a city dweller. The bike has a compact 36V 4A charger for that.

You can only service your ebike in Seattle, San Francisco and New York. Maintenance service covers normal wear and tear, preventative check-ups but not vandalism and flat tires.

Apart from the seat post and handlebars, anything else is joined together using security bolts and nuts. This will require unusually shaped tools to separate them and steal the bike’s parts. VanMoof has put a stationary battery for security purposes; however, it would have been more convenient for city dwellers had it been removable.

The taillight and headlight are programmable to turn on and off automatically. They too, are perfectly integrated into the frame and can’t be stolen.

As for the tires, they are puncture-resistant Schwalbe Big Bens and secured underneath metal fenders with added mud flaps. So a rider can run through puddles and still get out dry.

At the rear hub, you will find a kick lock that you tap with your foot to lock the rear wheel and activate the antitheft system. The bike will blast out very loud if anyone touches it when it’s locked. This is likely to scare anyone nearby, and so a thief will escape due to immobile rear wheel, judgmental stares due to persistent alarm, flashing taillight and headlight, and a notification will appear on your phone. The app will show the current location of your bike if someone manages to steal or you forgot where you parked it.

Further, you will get a loaner bike to use in the time being, and if it’s completely lost, it will be replaced within two weeks. The new ebikes have a Bluetooth and built-in cellular data connection that the VanMoof’s team will use to track it in the event it gets pilfered while it’s locked.

Riders can get theft and maintenance coverage of 3 years at $398 per piece or at $690 for both services, which gives a $106 discount when you buy both of them, unlike getting them separately.

It is easy to maneuver with both bikes into a lift or through the front door because they are small, but it might be a challenge to carry either up any stairs because they have the same weight.

VanMoof doesn’t want its bikes to be stolen, and so thieves beware. However, In the event that the bike is stolen, a rider can report the incident on the app when they don’t have theft coverage, and the company will send you a tracking link to locate your bike. On the other hand, a rider with theft coverage dubbed Peace of Mind plan priced at $340 will have their bike replaced within two weeks if it’s not recovered within that period. However, this plan is only available in cities where VanMoof has a presence and not in all cities where they have customers. Still, maintenance is only available in these cities only.

VanMoof sells a wide range of ebike accessories, namely PowerBank at $348, which offers an extra range of 62 miles, as well as front and rear carrier at $69, which gives extra cargo storage for attaching pannier bags or a child seat.

Although S3 and X3 models are less costly, there is nothing that has been downgraded. Actually, the frame construction is exact, but it has a matte finish to avoid scratches.

The reason for the price drop is because VanMoof moved production to another new factory that will efficiently churn out more bikes at a lower cost.

How the world can benefit from kids learning entrepreneurship

The Huge Rise Of Outsourcing – Should Your Business Get Involved?