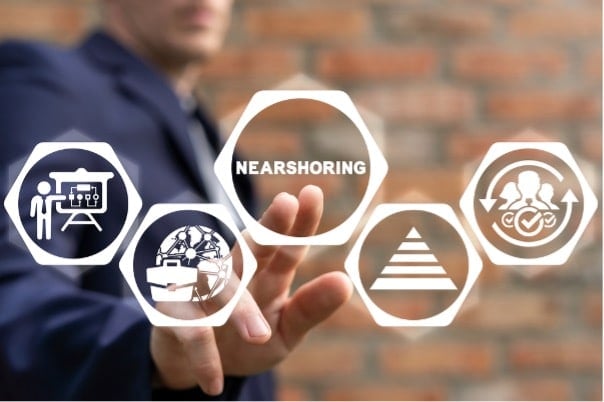 The process of outsourcing for your business from relatively close regions is called nearshoring. It depends on both sides, either geographically or culturally. Its models provide you with better communication, and for that purpose, you don’t need to adjust a different time zone for your work. You also do not need to adopt a legal culture of another country from which you want to outsource service.

Poland is one of the most popular organizations for nearshoring by many eastern European countries that provide the best services for many companies facing the problem of staff shortage. Poland supports such types of companies by providing them with their trained staff. So nearshoring Poland can be a great idea

Nowadays, many countries face a significant shortage of skilled developers, so the demand for experts increases. And here outsourcing is the best solution for this problem that provides Poland to its users. Because Poland has the relatively most talent pool, more than 295,000 skilled programmers in Poland can solve tricky tasks quickly.

Poland is the place that brings its developers from computer science on the 2nd most famous faculty after the management faculty.

It is considered the opposite trend compared to many European countries, which shows that Poland is becoming the leader of its outsourcing for Europe.

Another is the time zone difference, which may become a problem when hiring employees from those countries.

But if you work with polish developers, you will not face any of these problems. But make sure before working that the employee is familiar with your culture.

Poles have been working for many years with Nordic corporations, and their way of working does not change. They are well-thought-out as hard-working countries worldwide and enhance the economy of various countries.

One of the essential issues you can face during work with other organizations is money. But Poland developers get their annual rates that base on their data. These sources are Glassdoor, PayScale, and SalaryExpert.

Software nearshoring to Poland developers are experts in their coding skills and have a strong command of many other skills. They have strong knowledge of marketing skills to deal with any customer efficiently. They can quickly gather different clients from different platforms and make them agree to work with them efficiently.

They also won many international competitions, including hacker rank and top coder in 2016, their most remarkable achievement in coding.

Software nearshoring it Poland Not only is rising many software engineers but also maintains the quality of their work in the software houses. With the excellent collaboration with its European clients, they can easily manage their companies to maintain their high standards. And for that purpose, they try to keep the most talented software developers in their software houses.

7. Having good communication ability in English

Software nearshoring to Poland has qualified as one of the most significant migrations among post-soviet states linked with the EU. From the last few years, the migration target has been varying and more, and now a lot of Poles come back to the country having a strong command of the English language and English culture. Besides it, many universities and institutes built in the poles provide complete information about the English language and culture to its students. And now poles consider worlding no 9 countries who have more than 90% of the university for providing English skills.

Software nearshoring to Poland Keeping such highly trained developers in their software houses that can easily communicate with customers, get complete user requirements, properly document their code, and easily express their thoughts in English.

Why outsource to Poland?

Because in Poland, you can get highly skilled and trained developers from western Europe that have a strong command of the English culture.

Besides, they have a similar way of working and communicating with other Europeans compared to other outsourcing companies.

How many developers are in Poland?

Nearshoring in Poland has the most significant number of software developers. It is almost more than 250,000 according to many developer population statistics.

It is considered a giant IT developer producing organizations worldwide like Google, Microsoft, Oracle, etc

Is Poland good in tech?

In Poland, software nearshoring is considered the world’s most highly qualified society. You can find trained and expert developers easily, nowadays it is regarded as number 5 in skill and technology.

Is Poland suitable for startups?

Poland is a specially designed ecosystem that is going up day by day, and it has been building many top Polish startups. Besides this, the European Union has been considered one of the least business-wise impacted countries by the pandemic.

Besides this, the financial factor is considered critical for businesses looking for software companions; there are numerous ideals offered by the different software houses of Central and East Europe. They provide you with highly trained developers, good skilled teams, desirable geographical proximity, that can easily understand the English language and European culture, and ask only legal requirements from the client. These are the most significant factors that make Eastern Europe a more Prominent outsourcing goal for your following software development.

How to Go From Startup to Global Leader. 8 Tips from Professionals

7 Useful Apps To Have Handy When Traveling in 2022