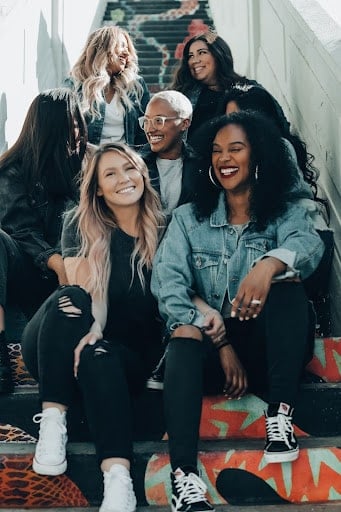 Equality is something we all strive for in our workplaces and within society as a whole. Although most of us appear equal on paper, there are multiple unconscious biases that make finding or staying at a company difficult. Fortunately, learning how to promote diversity in your startup isn’t.

How to Promote Diversity and Inclusion in the Workplace

From capturing new markets to increased revenue, diversity can improve your startup’s ability to persevere despite rapid industry change.

Here’s how to promote inclusion in your workplace.

1. Recognize and Talk About Unconscious Biases

Topics that revolve around diversity can make others uncomfortable because there’s a lot of baggage associated with it. We see ourselves as good people. When our identity is questioned, it’s common to go on the defensive. This is a big reason why diversity training is ineffective.

Dismantling our unconscious biases isn’t easy, but it’s essential to frame diversity talks as optional. Your employees will be more willing to attend these meetings if they do so willingly, as they’ll approach complex topics with an open mind. Real, genuine change can’t be forced.

2. Celebrate More Than One Company Holiday

In North America, we tend to favor Christmas and other Catholic/Christian holidays, but those may not be as important to some of your coworkers. Feel free to celebrate Christmas, but be sure to include other major holidays, like Eid, Raksha Bandhan, Hanukkah, and Kwanzaa, too.

Alternatively, you could add floating holidays for employees that don’t wish to take off other days. For example, one of your coworkers could book off Halloween (Samhain) or their birthday.

3. Support Entrepreneurs of Color in Your City/State

Allies are essential diversity advocates because they often have a voice that isn’t automatically devalued. We’re also more likely to listen to people who advocate for others, not for themselves, as our actions are seen as virtuous instead of selfish. We can use this power to help others.

By supporting entrepreneurs of color in your city, you’re taking a stand against the systems that seek to hurt them. This action becomes even more important in multicultural communities. For example, St. Louis and San Antonio are some of the best cities for minority-owned startups.

Your current employees aren’t the only people responsible for promoting diversity in your company; your new hires also play a role. When you’re hiring new workers, try to avoid picking candidates that are just like you. Instead, pay attention to their skills, behavior, and perspective.

It’s also a good idea to favor candidates with strong soft skills. If you value communication and empathy, you’re more likely to find individuals who want to also promote inclusivity and fairness.

5. Build Safe Spaces For Everyone in the Office

Diversity training often favors minorities, and rightfully so, but that can make those that typically benefit uncomfortable. They’ll likely take these actions as preferential treatment, which could make the problem worse. That’s why it’s vital to build safe spaces for everyone in the office.

Include spaces that are culturally or demographically inclusive, like wheelchair ramps, prayer rooms, and gender-neutral bathrooms. At the same time, offer a quiet area for work, a nursing room, and extra breaks to anyone else who doesn’t use other safe spaces to keep things fair.

6. Pay Attention to What you Say and How you Say it

Language can unintentionally exclude people or make them feel less worthy. For example, gendered phrases like “Man Up” or “Stop Acting Like a Girl” implies that only men can be strong. It also implies that there’s something inherently wrong with expressing our emotions.

Your use of language can also validate people. Using someone’s preferred pronouns or saying phrases like “partner” instead of husband/wife can help others feel safe in your workplace.

We spend a significant amount of time around our coworkers, so it’s crucial that we invest in employee interest or hobby groups that explore non-work-related activities. While funding or creating minority-safe groups is a great way to promote inclusion, that can’t be all you do.

The whole goal of diversity training is to prove that what makes us different makes us strong. At the same time, finding common ground can help establish a bond. For example, a cooking group allows everyone to share their love of food while they promote beloved cultural dishes.

How to Build an Investment Portfolio