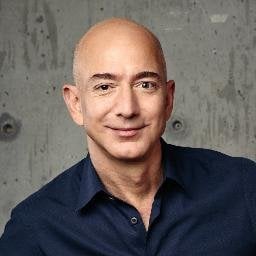 Amazon cloud computing boss will take over Amazon CEO’s role starting July 5. Jeff Bezos said this during a virtual annual shareholder meeting that was held on Wednesday. He said, “We chose that date because it’s sentimental for me, the day Amazon was incorporated in 1994, exactly 27 years ago.”

This follows Amazon’s announcement in February that said that Bezos was set to transit from being the CEO to executive chairman later this year. The transition will allow him to focus on his initiatives such as Blue Origin spaceship, Bezos Earth Fund, the Amazon Day 1 Fund, and The Washington Post.

Although the giant retailer had kept the succession plans quiet, it was expected that either Jeff Wilke or Jassy would eventually succeed Bezos. But based on the Wednesday announcement Andy Jassy will take over from Bezos, who currently manages Amazon Web Services (AWS).

Bezos said on Wednesday that, “I’m very excited to move into the [executive] chair role, where I’ll focus my energies and attention on new products and early initiatives.”

Jassy has been working with the internet giant for 24 years and has risen through the ranks; thus, Bezos expects him to be “an outstanding leader.”

Bezos said, “He has the highest of high standards and I guarantee Andy will never let the universe make us typical.”

He continued to say that Jassy “has the energy needed to keep alive in us what has made us special.”

In March, Amazon said Jassy will be replaced by the Tableau CEO Adam Selipsky. He will take over at a time when the company is involved in a mega deal of $8.45 billion to acquire MGM.

Also, Jassy will be required to address some of the issues that were raised during the annual shareholder meeting. Amazon was criticized in April for its treatment of employees working in its warehouse and the antitrust lawsuit that alleged that the ecommerce giant is harming competition.

National Burger Day filled with discounts from McDonald’s, Pepsi, Red Robin, and others