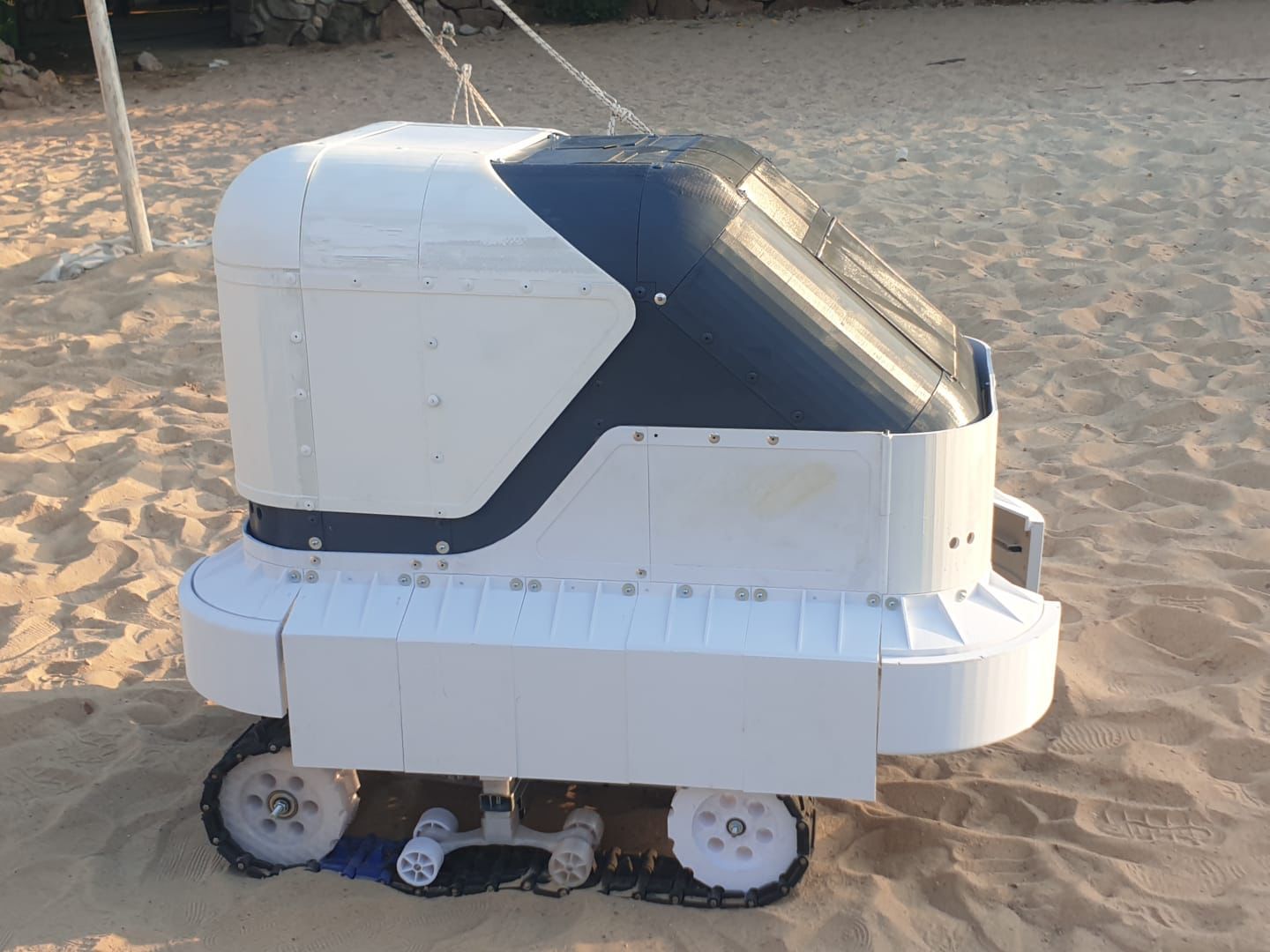 Growing piles of garbage are now a common sight at various tourist hotspots, public places, and beaches. Many environmental activists, government officials, and even common people are raising the alarm over this huge amount of garbage that humans are leaving behind wherever they go. Indeed, the problem has become so severe over the last few decades, that the garbage left behind by tourists has dramatically changed the ecosystem of these places and made several areas unsuitable for human dwelling.

Problem posed by garbage at Beaches and Public Places

Litter and garbage at beaches and public places, like parks, pose some unique threats to humans, the planet, and its ecosystem. Litter at beaches and other public places is not only a threat to human health, but also reduces the number of tourists that visit such places, thus reducing the economic output of communities dependent on beach infrastructure.

How this Garbage threatens humans

People usually leave behind a wide variety of waste when they visit beaches such as plastic bags, plastic bottles, metal cans, clothing items etc. With tides and waves this garbage eventually ends up in the oceans and seas of our planet from where fish and other aquatic animals often ingest it.

Some studies suggest that all types of fish have microplastics in their flesh that found their way back to humans when we consume fish and other marine food products.

According to Center for Biological Diversity, fish in North Pacific ingest 12,000 to 24,000 tons of plastic each year. While around 60% of seabirds have ingested pieces of plastic and this number is expected to rise to 99% by 2050.

This sudden surge in the quantity of sargassum algae that inundates coastal areas in huge quantities has already harmed tourism industry of several towns and cities. It has also had a negative impact on the local ecosystem at seashores and beaches.

National Oceanic and Atmospheric Administration states that the rising amount of marine debris will have a devastating impact on the local communities that are dependent on tourism. In the worst-case scenario of a doubling of marine debris, 4.6 million fewer visits will occur at beaches located in Orange County, California leading to an economic loss of $414 million for local communities.

Litter at tourist hotspots and public spaces also disturbs the natural ecosystem of these places as they not only include land or sand, but also contain several plants, algae, bacteria, and other life forms. 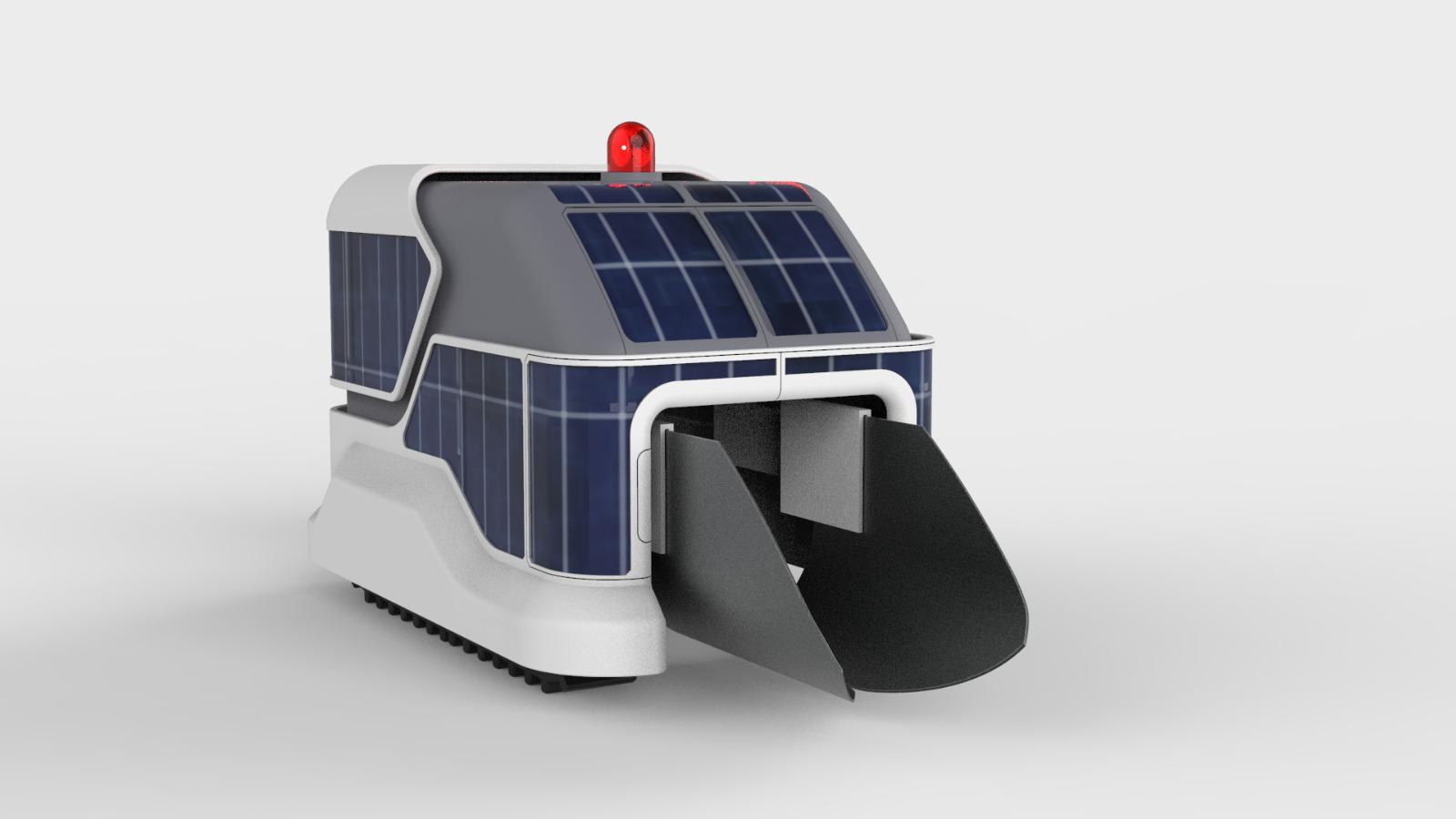 BY Robbot: An Innovative Solution to a widespread problem

To deal with this problem of growing amount of garbage at beaches and public places, we are developing an automated innovative solution that will be among the most advanced garbage removal systems in the world. BY Robbot is a fully autonomous robot that can remove litter and garbage not only from beaches but also from other public places with minimal human intervention.

It is unlike any other cleaning robot in the market as it has been specifically designed to operate on sandy surfaces such as beaches and has quite advanced functionalities that are not usually found in other cleaning robots. Here are some of the key features of BY Robbot:

Salient Features of BY Robbot

BY Robbot is a fully automated product that can be operated without any human intervention or supervision. It offers an effortless way to remove garbage and litter from the beaches and can also be used at other public places such as parks, streets, forest reserves, camping sites, etc.

Future versions of BY Robbot will also include advanced debris sorting capabilities that can sort out distinct types of garbage and store them accordingly.

BY Robbot is being built using scalable and modular approach that allows it to be used in a rapidly changing ecosystem. Future versions will be easily scalable and thus suitable for use at a wide range of places.

BY Robbot uses solar panels for prolonged functioning and is thus an eco-friendly and sustainable machine that doesn’t rely on fossil fuels.

Currently most garbage removal systems use tractors that run on diesel which is among the most polluting fuels available. BY Robbot will allow us to remove garbage from public places without generating additional CO2.

Future versions of BY Robbot will also be able to differentiate between debris and other items that are often an integral part of the beach eco-system. These new features will allow BY Robbot to remove all types of garbage and litter while keeping the beach ecosystem intact.

Can be used even during the visiting hours

BY Robbot is quite safe to use around people and does not make much noise while cleaning, thus making it suitable for cleaning public places even during the visiting hours.

BY Robbot is currently actively looking for investors who care about the future of the planet. BY Robbot has already been demonstrated successfully in an exhibition held in Eilat, Israel and currently our team is working on creating the second version. Unlike many other startups, our product is fully functional, and the first prototype has already been successfully evaluated. We have demonstrated our product in several expos where the result was overwhelming.

Public bodies, municipalities, local governments, beaches, tourist places are among the main target market for BY Robbot and once the second and more powerful version of the robot is available, we expect a steady stream of bulk orders from these buyers.

You can become a part of our story by joining us as an investor now. Contact us today if you want to invest in BY Robbot.