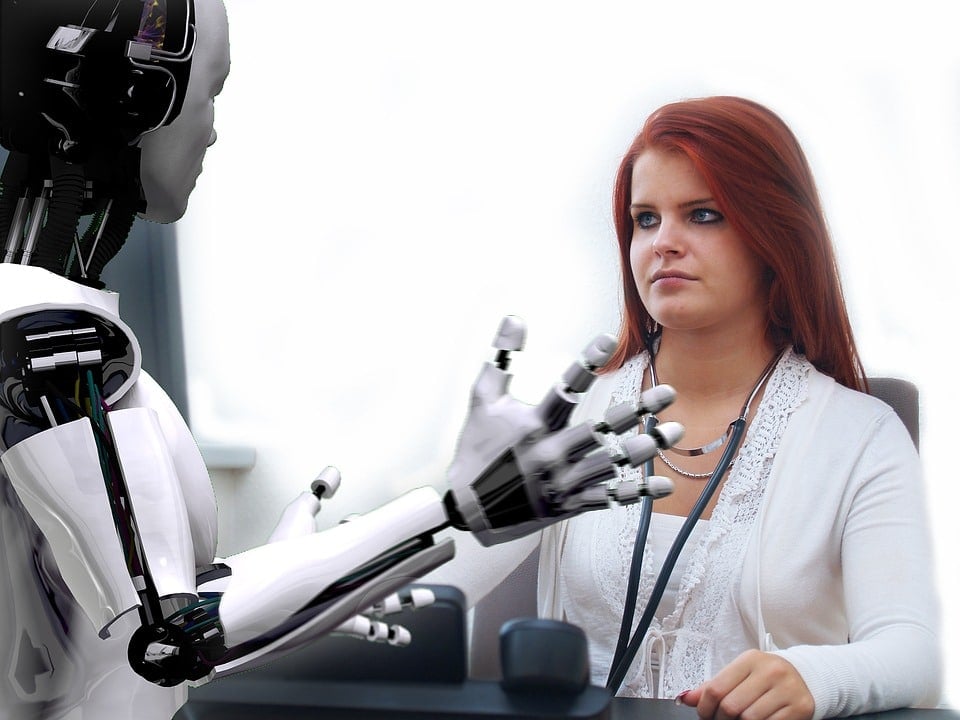 Some decades ago, artificial intelligence (AI) was only confined to entertainment. People marveled at the power this technology had, but today AI and machine learning is hot topic. In fact, the majority of people have interacted with this technology in some way in their lives.

The use of conversational AI applications in text and voice has surged. These include sophisticated virtual assistants and simple chatbots that have automated customer service and taken it to another level. This technology has also revolutionized other industries as well.

Even with these developments, AI is not yet self-sufficient. This begs the question: Can AI exist without humans?

AI needs humans to stay relevant. It risks not keeping pace without humans in the loop. Here are the reasons why AI still needs humans.

Can AI Exist Without Humans Supporting It?

AI is one of the technologies evolving at an exponential rate. AI-powered machines work better, move faster, and lift greater loads than humans. They are as intelligent as humans, so they can do almost everything.

However, technology can’t move forward without the help of humans. There is a need for engineers to develop and test AI systems for the technology to grow. Therefore humans and AI are not interchangeable, and AI can’t exist without people.

Many developers say that it’s possible for machines to think independently in the future. However, in the real world, this might take decades to achieve that because currently, robots are programmed, and they work within their frame. They depend on the codes humans write, so they can’t think critically through complex scenarios.

Further, AI processes data that humans enter into the system. Without human interventions, machines will lie idle. Therefore the AI technology space is still far from achieving human-like intelligence to help it work without the help of humans. Machines can only deliver value as long as there are humans behind them.

Humans have emotional intellect because they can show emotions, express feelings, read gestures and facial expressions to know the right thing to say. For instance, businesses can’t replace humans with AI in customer service because customers want personal interactions. However sophisticated they are, robots can’t show feelings and empathy to customers.

Businesses that replace their customer service representatives with robots will lose their customers due to a lack of personal interaction. In fact, today, there is an increased need for soft skills, such as negotiation skills, interpersonal skills, and communication skills, in the job market than technical skills.

Although AI systems are accurate and fast, they’re not empathetic, intuitive, or culturally sensitive. These abilities are what make humans more effective than machines.

People show feelings such as happiness, sadness, hope, enjoyment, kindness, gratitude, optimism, and the list is endless. They can read expressions and emotions that other people show, but AI-enabled machines are not programmed to do that.

The majority of jobs in the market require human-to-human connection and establishment of trust which helps people to open up, relax and share their information. It’s true that AI-enabled machines can imitate human speech, but they can’t show empathy and other feelings; thus, they miss that human touch.

Humans build relationships which helps them to accomplish several things. Although they’re able to accomplish many things when they work as a team, they also show better results as individuals.

Team members show emotional commitment and bond during their engagement. Through this, they show that they care about one another, their work, and their company. Building relationships help people to find customers, investors, and partners. Machines can’t attain the emotional side of human behavior.

Humans are able to fulfill great projects in the creative, technology, and finance sectors than AI. Actually, AI amplifies what humans do in these sectors by automating repetitive, manual, and error-prone tasks. These intelligent automated solutions allow employees to focus on higher-priority and creative tasks while they do the rest of the activities.

AI is built on codes that don’t allow it to find solutions to emerging problems creatively. They work as programmed, which constrain their ability to analyze context and develop complex strategies.

Humans interact with the external environment and consider the influence from outside when analyzing information. They are able to work with distorted information exchange and sudden changes as they creatively distill a vision and strategy because of the critical element called human intuition.

Despite the hype, AI-powered machines are only designed by humans to solve specific problems. At the moment, they can’t operate on their own. Any further development of this technology depends on engineers, IT professionals, data scientists, and others. In fact, someone has to create these robots and other types of algorithms. As a result, humans have more opportunities as AI is developed.

How is Digital Media Affecting the Entertainment Industry?