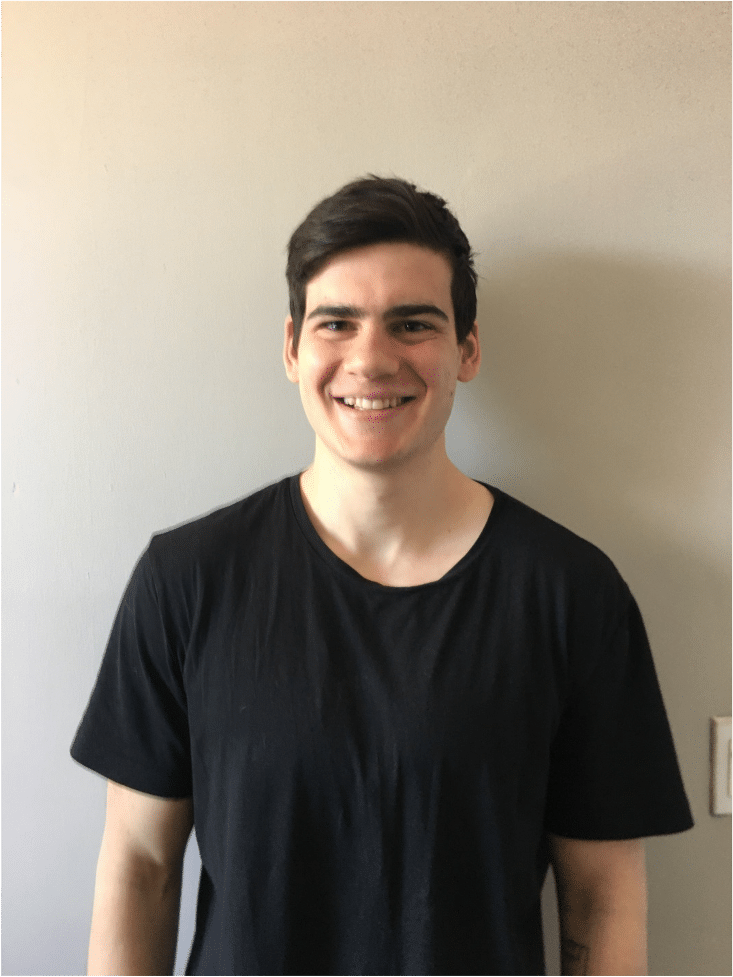 Griffin Kapelus was born and raised in New York City and is currently a student enrolled at the University of Vermont in Burlington, VT.

Griffin Kapelus was raised to recognize the importance of volunteerism and community service, and as a young adult he has incorporated those values into his life.

During the global health crisis, Griffin was a volunteer at West Side Campaign Against Hunger, not for profit organization in New York City that works to alleviate hunger by ensuring that all New Yorkers have access with dignity to a choice of healthy food and supportive services.

In the Summer of 2021, Griffin Kapelus was a volunteer at Feeding Chittenden, a not for profit organization created to fight hunger and food insecurity faced by households throughout Chittenden County. Today, Feeding Chittenden serves more than 12,000 people annually through a variety of programs.

We had the chance to talk to Griffin Kapelus and learn a little about his approach to volunteering.

How did you get started in social work?

I am not officially a social worker, as I do not yet have a college degree, but the jobs and volunteering in which I engage is certainly socially oriented. I began volunteering for non-profit organizations during high school. In that time, I worked for larger organizations such as Habitat for Humanity, as well as some smaller ones near my home in New York City, such as West Side Campaign against Hunger.

After high school I took part in short-term projects as a volunteer, but I only returned to consistently doing that kind of work during the COVID-19 pandemic. There was an obvious increased need for help during that time, and I have not stopped working in the social work realm since. While I am currently working towards my college degree, I work a part-time paid job at a homeless shelter in Vermont where I attend school, and also volunteer at a food pantry in my spare time.

I believe I am successful in my job because I am happy to do the required grunt work that realistically comes alongside the more satisfying aspects of the job. Cleaning rooms, doing laundry, and washing dishes is not always satisfying, but recognizing that performing these tasks allows the shelter to properly function provides otherwise benign tasks with a deeper meaning.

What has been your most satisfying moment?

It is really quite hard to pin down a most satisfying moment. I tend to have a number of them during each shift I work, but they tend to come from interactions with residents. I am able to hear about positive steps in a resident’s life that I have played a part in, and it is so gratifying.

What book has had the greatest impact on your life?  Why?

“The Meaning and End of Religion: A New Approach to the Religious Traditions of Mankind” by the late Wilfred Cantwell Smith, published in 1962. It traces the meaning of the word “religion” back to its origins and tracks its development to its modern meaning. The author asserts that religion will vary among individuals and that no two people will live their religion in the same way, even if they are both technically of the same faith.

This book changed my approach to religion and spirituality, making me more open to the idea of celebrating the traditions of several religions in my life, rather than choosing just one. It has opened a door for me to embrace spirituality.

What people have influenced your thinking and might be of interest to others?

I would say that my worldview comes from a variety of sources. There are definitely individual people that I consider influential. On a personal level, my Religion Professor at Hunter College, Brian Foote, really provoked me to think about my place within the world from a completely different perspective. Exploring different religions, and ways of understanding and interpreting reality itself undoubtedly provoked lots of thinking. It is not as if I actually adopted any of the religious traditions we studied, but it definitely broadened my perspective.

What is the best advice you ever received?

Never give up on my dreams and hopes for the future.

Product Development: A Complete Guide to Get You Started