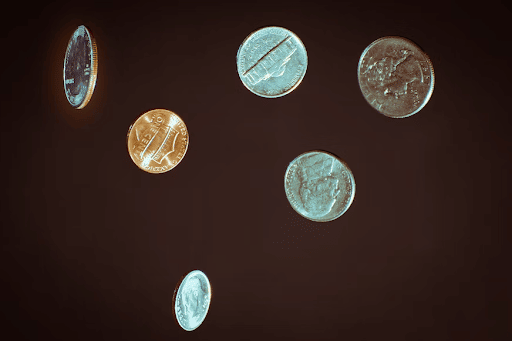 Bitcoin is the oldest cryptocurrency on the market. As the blueprint, it has inspired all the other currencies that followed it afterwards. In fact, all the cryptocurrencies and tokens that aren’t Bitcoin are referred to under the umbrella term “altcoins”. The fact that BTC is in a category of its own is a testament to its influence on the market. The second-best indicator is the value in market capitalization. While the Bitcoin market cap is somewhere in the $322 billion range, Ethereum, the second largest crypto, has a market cap of $149 billion, less than half that of BTC.

The cryptocurrency market also has a reputation for volatility. Since there’s no established regulatory regime for digital money trading and everything depends mainly on supply and demand levels, cyber coins frequently record high fluctuations. However, Bitcoin is the safest alternative on the market. If you check the BTC coin price regularly, you’ll notice that its oscillations are less dramatic than those of other cryptos. And while 2022 hasn’t been the best year for Bitcoin, it has fared better in the trading world, mainly due to its somewhat elevated reputation among its peers.

But is Bitcoin safer than other cryptocurrencies?

The nature of Bitcoin

When trying to decide whether or not Bitcoin is a safe investment, you must first establish what security in trading means to you. If your main concern is price security, cryptocurrencies likely won’t be your best bet. Over the past year, the price of BTC dropped rather drastically, from $48,000 to the current early 2023 value of a little over $17,000. This drastic change can be enough to scare off many investors. Indeed, some would much rather try out their luck on any other asset class. So if stable prices are something you need to start an investment, Bitcoin is probably not the best thing to add to your portfolio.

When you begin investing in cryptocurrencies, you must be prepared for a significant degree of risk and volatility. Getting anxious and acting rashly when you notice BTC price variations will do you no favors and will, in fact, cause you to lose capital more often than gain it. However, you should also remember that the golden rule is never to invest more than you can comfortably afford to lose. The situation is changing, however, as Bitcoin is increasingly becoming integrated into traditional finance.

Retailers, organizations and institutional investors are beginning to pay increasingly more attention to Bitcoin, and some even see it as a legitimate venture. As technology progresses and people become more familiar with tech solutions being used on a larger scale and for an extended use case, it’s clear that more and more individuals will be tempted to give Bitcoin a try. However, this could also mean that regulations or even centralization of the system will be implemented, something that’s unlikely to sit well with most investors who were attracted to crypto, primarily due to its decentralization and resistance to censorship.

As a general rule, the blockchain is a relatively safe ecosystem. Researchers and analysts estimate that the technology will soon be apt for usage in several fields, from supply chain management to healthcare. The appeal of the blockchain lies mainly in the fact that once data has been completed within it, there’s no way to alter or change it. This means that as a system, it could find valuable usage in areas where fraud is common and help combat it.

At the same time, hackers and other cybercriminals have also exploited this strength as a weakness. Once digital money has been successfully extracted from a wallet, there’s no getting it back unless the person who removed it agrees to give it back and starts another transaction. However, it’s doubtful that a thief would return what they’ve stolen from you.

However, a large part of your security on the blockchain also depends on you. Keep your passwords strong, and make sure that you don’t share them with anyone. Many scammers will try to attract you into different schemes in order to get their hands on your Bitcoin. This is because wallets are typically very coveted due to the simple fact that BTC is still worth so much.

The Bitcoin network, however, has remained unscathed for over a decade. It hasn’t been hacked, and while you may notice the disclaimers reminding traders that their transactions aren’t SIPC or FDIC-protected, most are unconcerned and proceed to complete their ventures. One additional advantage of Bitcoin is that while transactions typically take longer to complete than in the case of those in altcoins, this is a clear sign that the platform is more secure. The extra minutes it takes to complete your buying or selling keep you safe and ensure your transaction remains secret.

What you should consider

No investment’s completely free of any potential risks, whether traditional or digital. Investing has always been associated with potential risks, and if you have a low tolerance for it, it will be difficult for you as a beginner. However, this is perhaps more pronounced in the case of Bitcoin, as a simple look over BTC price charts will show you that the coin has been on quite a price journey so far. One that is still ongoing.

While BTC, and crypto in general, has long been hailed as a completely untraceable asset, this has recently been proven to not necessarily be the case. The United States Department of Justice has managed to follow a trail left by a couple who, back in 2016, was involved in the Bitfinex hack. The two were in the process of laundering a whopping $4.5 billion in cryptocurrency.

In February 2022, the US government recovered a portion of the stolen coins, estimated at the time to be around $2.6 billion worth of cryptocurrency. After the hack, the Bitcoin trading price plunged by 20% almost immediately. This shows that any event in the blockchain world impacts all traders, even those that weren’t directly targeted by an unfortunate event.

If you are ready to begin your trading career, do your research in advance, and don’t make any sudden decisions you might regret later. When you’re an investor, caution is key.

A Guide to Economy Shipping

What is the difference between recruitment and executive search – 2023 Guide