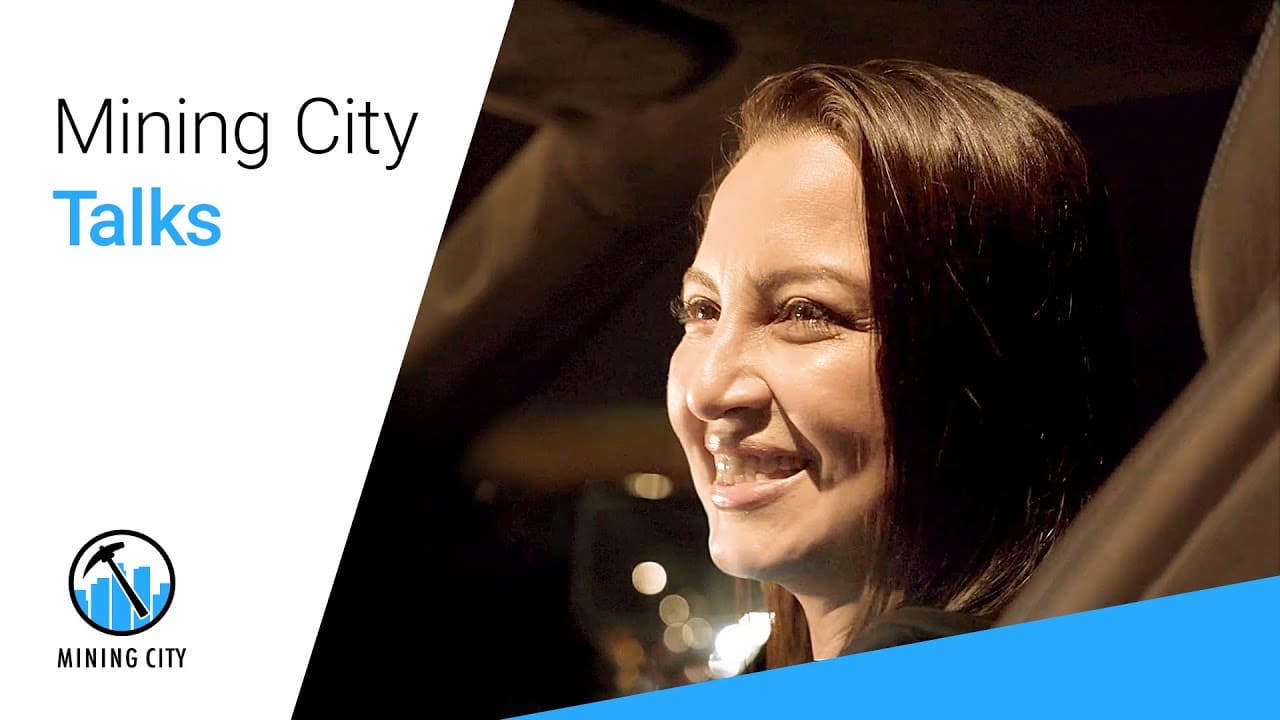 Cryptocurrencies are a new way of sending and spending money, but they’re only possible because of crypto mining. Once a basic computational system for validating blockchain transactions, crypto mining has become a massively complex industry with corporations, collectives of individual miners, and other developments.

The evolution of how crypto mining has changed over the years is fascinating and provides some potential insights into how it may develop in the future.

Myriam Vega is a crypto enthusiast, digital creator, and active with Mining City.  She’s been in the crypto world for five years total, but only got into mining in the last four years. She understands the importance of mining for the broader industry and how its development will affect everyone in crypto.

Prior to her involvement in crypto, Myriam had a bachelor’s degree in international business and her own company. Her business experience led her to cryptocurrency and the unique value it brings to the global economy. Through Mining City, Myriam recovered from significant business hurdles and is now back on her feet.

In Myriam’s eyes, the evolution of crypto mining will affect the future of the industry as a whole. Let’s take a closer look at how crypto mining started, where it is today, and where it may go in the coming years with her now.

Bitcoin Mining in a Nutshell

Since highly advanced cryptographic algorithms are used to ensure information security, it takes time to find the correct mathematical answer to each block. Therefore, miners compete against one another by using their computers to guess the correct answer.

Let’s break down Bitcoin mining in even more detail:

Why Do Miners Mine?

Miners don’t solve complex mathematical problems for free! They do so because of the above-mentioned reward.

Specifically, every Bitcoin miner competes for a block reward allocated every 10 minutes or so on average plus any fees accumulated for transactions within the solved block. The miner that gets the solution fastest receives the total reward.

At the time of this writing, each block reward is worth 6.25 BTC, which was 50 BTC in 2009. Since each Bitcoin is worth thousands of dollars in fiat currency, this can be quite a lucrative activity if you have the right equipment.

However, Bitcoin mining rewards will not last forever. That’s because Bitcoin will be capped at 21 million Bitcoin to prevent inflation. Current estimates believe that the last Bitcoin will be fully mined in 2140.

When Bitcoin was first released, and for several years afterward, mining was relatively easy. Anyone could mine Bitcoin so long as they had a computer and a good Internet connection.

However, as more people joined the cryptocurrency network, dedicated miners started to use graphics cards or GPUs (graphics processing units). GPUs are advantageous since they can perform more cryptographic operations per second.

Next came ASICs (Application Specific Integrated Circuits). These highly advanced machines were specifically invented to mine Bitcoin or other crypto tokens more efficiently per watt of power consumed. These machines are highly expensive, meaning individual miners are no longer able to mine Bitcoin at the same rate or with the same efficiency as big organizations with warehouses or farms full of ASICs.

These unique challenges have led many Bitcoin miners to form their own counterparts: mining pools.

Mining pools like those used by the Mining City community are essentially collectives of individual Bitcoin miners who band together to combine their processing power to solve blockchain math problems more quickly. In this way, they can replicate the power enjoyed by big corporations that employ ASIC mining machines.

Through mining pools, small or individual Bitcoin miners are now able to receive Bitcoin rewards, preventing total market domination by big corporations or massive businesses. This also allows mining to be a somewhat profitable activity for everyone.

Mining pools are beneficial because they usually distribute rewards based on how much hashing power an individual computer contributes. Basically, if a single user contributes a lot of computer power to a single blockchain problem, they will get more of a reward than miners who only contribute a little bit of power.

Because Bitcoin mining takes a lot of machinery and electricity, miners have to consider these factors when determining whether spending all the time and effort to mine a single Bitcoin is really worthwhile.

Furthermore, mining pools need to evolve even further if they wish to truly challenge the dominance of big Bitcoin mining farms and corporations. According to Myriam Vega, she’d like Mining City, “to implement new technologies, such as applications, so we can reach the people faster”. This may be an important evolution in the short-term future as mining pools spread around the world, especially into areas like Latin America, Russia, and many Asian countries.

The Future of Bitcoin Mining

Ultimately, the future of Bitcoin mining will likely continue to evolve, though it remains to be seen whether mining pools will be enough of a market disruption to stop big corporations from dominating the mining scene.

In this way, mining may truly achieve the ultimate dream of Bitcoin and other cryptocurrencies: fully decentralized, secure money that can be sent anywhere to anyone!

How to Effectively Finance Your Startup Business