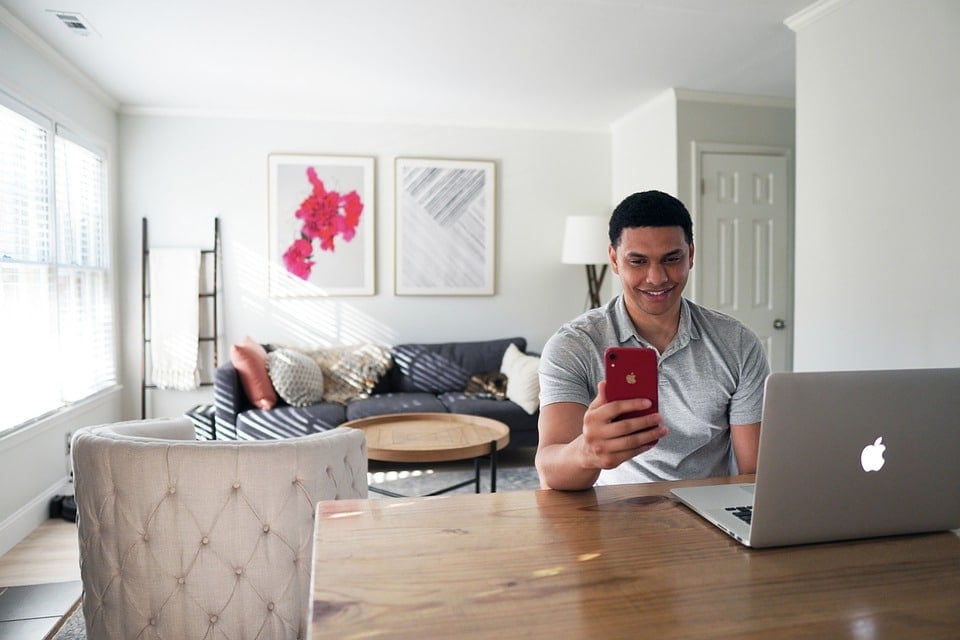 Venture capitalists are individuals who spend part of their day auctioning entrepreneurs. Most of the time, they dress casually, meet and engage with intelligent people with unique ideas.

They want to spend time with like-minded persons because they only make money when the businesses that they fund thrive. So based on the entrepreneurs and startup companies they back, a VC can end up rich or madly rich.

Carry is the key to VC’s wealth. 25% is what partners take prior to sharing profits with the rest of the investors. Still, the figure can drop to 20% or rise to 30%. In other words, out of the $100 million profit a company makes, $20 -$30 million will go to partners before sharing the rest with the investors.

A VC can invest as an individual or through a firm. The majority invest in VC funds managed by experienced fund managers. These experts put their money in high-promising startups, which helps them get back competitive returns on their investment.

What is the Average Net Worth of a Venture Capitalist?

As mentioned above, investors may choose to invest in a VC fund rather than doing it alone. The funds are managed by fund managers who distribute it as capital to a collection of startups. As a result, a VC firm might hold close to $207 million per year in venture capital. A single fund might have $135 million spread across 30-80 startups or invested in a single company.

Limited partners (LPs) are parties that put their money in VC funds. They comprise family offices, high net worth individuals, and institutional investors.

These high net worth individuals are a small percentage and have more than $1 million in liquid assets invested in VC or startups.

Institutions such as endowment funds, pension funds, and more invest in VC funds to get a 15% overall percentage of return each year.

How do Venture Capitalists make their Money?

A VC firm working with a successful top-tier company can take home $10 million to $20 million a year or more.

Further, they also change their investors a management fee of 2%-2.5%, which translates to $20 -$30 million if a billion-dollar fund is involved.

The layering factor is another way that VC firms make money. For instance, big firms need money during the growth phase, so they keep on raising more funds every 2-4 years. Still, VC firms charge fees over 5 years. For that reason, they will continue to earn management fees from the raised funds in addition to their carry share.

So as much as people venerate entrepreneurs, many successful founders want to become venture capitalists.

What Returns do VC Firms or VC get?

A VC fund is said to be successful when the gains from profitable startups outweigh losses from the failed ones. Therefore, a VC fund might have a portfolio full of losses, one with a mixture of losses and winners or one with a majority of successful startups than failures.

Further, the fund managers might decide to liquidate part or all of the fund. They can pull out the capital and share profits with the fund investors, such as when the company is acquired or during the IPO.

Outsized returns are generated when the VC fund is invested in top startups with proven returns instead of distributing the capital across multiple funds. Actually, market-beating returns are concentrated on the top 25% of funds.

As mentioned, many high net worth individuals have invested in startups directly or through VC firms. Some of the startups that have benefited from raising money through them are Amazon, Apple, Google, Facebook, and more.

These businesses had little valuable physical assets or predictable cash flows to serve as collateral against a traditional bank loan.

However, because of risking their money, these equity investors were given access to the company’s profits in perpetuity which amounted to a significant amount of money. As a result of such investments, these VCs became successful.

Kevin Rose: This is an angel investor and serial entrepreneur who co-founded Revision3, Digg, and Milk, which Google acquired. He is skilled at picking the best stock in the startup world. Kevin Rose is active on Twitter, where he shares his wealth of knowledge and experience with followers about investment, NFTs, cryptocurrency, entrepreneurship, startups, and finance-related tips ad hacks. You can follow him at @kevinrose.

Christine Herron: She is an Intel Capital investor, works with StartX, a nonprofit, and 500 Startups, a seed fund and startup accelerator. Herron has invested in Jelli – a programmatic radio advertising platform, Yummly – a personalized recipe recommendation tool and search engine, Hangtime, and Betaworks. You can follow her at @christine for a mix of VC and family-related topics.

Mark Suster: He is into the early investment game. Suster focuses on early-stage techs such as ad tech, SaaS, digital content, and distribution. Being an entrepreneur-turned VC, he has a wealth of investment information that he shares on his Twitter account at $msuster.

Eileen Burbidge: This early-stage tech venture capitalist is the former product director for brands such as Yahoo and Skype. Eileen is also a kickass entrepreneur mentor associated with Passion Capital since 2011, together with Robert Dighero and Stefan Glaenzer. She has founded nearly 70 startups, such as an online personal fashion stylist service Thread, a search engine aggregator for classified listings Adzuna, and a mortgage company committed to disrupting the real estate sector Burrow.  Even with her nonsense approach, this VC is generous with her knowledge, for she is experienced and logical. Follow her at @eileentso.

Reid Hoffman: The venture capitalist, author, and internet entrepreneur hosts a popular podcast Masters of Scale, which focuses on entrepreneurship and leadership. He served as LinkedIn’s executive chairman until 2016, when Microsoft acquired it. You can follow him at @reidhoffman for more insight on topics such as investing, politics, entrepreneurship, current events, industry insights, and inspirational quotes.

Mark Cuban: The serial entrepreneur, VC, and Dallas Mavericks NBA owner is famous because of his presence in the reality TV show Shark Tank, together with Barbara Corcoran, Daymond John, among others. Cuban has a massive following on Twitter, where he shares inspiring quotes, business advice, and current events. You can follow him at @mcuban.

Robin Klein: He is the co-founder and general partner at LocalGlobe, an early-stage VC. Klein, an investor at Index Ventures, a global VC, heads LocalGlobe, co-founded with his son. His other investments include Wise, a global payment platform, Zoopla, a real estate platform, and Cozoo, an online used car retailer. You can follow him at @robinklein for more information on investments, global tech, and UK business news.

David Beisel: He is a partner and co-founder at NextView Ventures, a seed-stage VC firm. Prior to stepping into venture capitalism, Beisel co-founded Sombasa Media, an email marketing brand that About.com later acquired. GenuineVC is his blog, where he shares more in-depth about startups as well as his own experience. You follow him at @davidbeisel.

David Cowan: The entrepreneur invests through Bessemer Venture Partners. This is the most successful VC firm, the longest-running, and with an approximately $1.6 billion fund. Further, the VC firm has some serious pedigree. Cowman created Bessemer Securities to reinvest his proceeds from the sale of Carnegie Steel through it. Further, the businessman is the director at Endgame, Rocket Lab, and Zoosk. He lives and breathes startups as well as shares advice pertaining to startups on his blogs. Follow him at @davidcowan.

Fred Wilson: He has been investing as a VC since 1986. Fred is a co-founder at Union Square Ventures, a VC firm supporting early-stage businesses across different industries. He recently invested in a digital currency and transactions platform named Algorand, in Scroll, a subscription service that offers an ad-free experience, as well as Flip, a platform that helps users to find and sublet apartments. Follow him at @fredwilson for more insight on VC-related topics and more.

David Lee: He was one of Forbes’ Midas Top 100 Tech Investors in 2014. Lee’s SV Angel invests in hundreds of companies each year. It focuses on helping at inflection points like M&A as well as business development deals. He has a ton of knowledge to share with you if you follow him at @davidlee.

Jon Bradford: The serial entrepreneur is also a partner at Dynamo Ventures, which focuses on supply chain and mobility. He was an investor at Eleven Venture Fund, a Bulgarian early-stage VC, the managing director at Motive Partners, a London-based private equity firm, and Techstars. Bradford has other roles aside from investment; he has co-founded a variety of community-led and prominent businesses such as Belfast-based coworking space Ormeau Baths, global founder community F6S, and Tech.eu, a European tech news site. His tweets are about internet culture, mobility, and global news. You can follow him at @jd.

Brad Feld: He has been investing as a VC since 1987. He is serving as the managing director at Foundry Group, an early investment firm, and co-founded Techstars, a startup accelerator firm. Techstars has provided $118,000 in the form of seed funding to startups, as well as networking and mentorship opportunities. Additionally, Feld posts startup advice, insight, and the latest industry news on his Twitter, as well as an influencer blog post. You can follow him at @bfeld.

Rich Miner: The entrepreneur’s profile includes; the leader of the East Coast investment team, Google Ventures, co-founder of Android, and previously led various investments in MessageMe, Stamped, HubSpot, and more. A business-minded individual should follow Miner because he has rich experience growing businesses for over 25 years and is also a mobile industry pioneer. Rich Miner’s Twitter handle is @richminer.

Jason Calacanis: The venture capitalist is the owner of a $10 million angel fund. He was Uber’s first-round investor and has invested in Evernote, Gowalla, ChartBeat, and over 60 other startups. Calacanis is known for hosting the largest startup conference globally. Further, he is a prolific blogger; thus, he has a huge following on Twitter and regularly shares his wealth of knowledge and experience with his network. You can follow him at @jason.

Nic Brisbourne: He is the managing partner at Forward Partners, an early-stage VC. Brisbourne focuses on software, eCommerce, and media businesses. He has accumulated a lot of experience working with startups in various sectors such as StrikeAd, a mobile advertising platform, Lyst, a personalized shopping platform, and Conversocial, a customer software for retailers. Follow Brisbourne at @brisbourne.

How to Get a Second Passport? & Dual Citizenship Guide

The ultimate checklist to brand protection