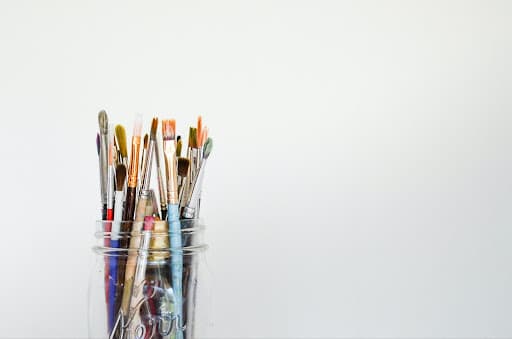 After feeling lost for a while, the 24-year-old Canadian criticizes the art scene and celebrates blockchain technology.

This year, Lana Denina has already earned $350,000 with her paintings. Not in an art gallery, however, but in the form of Non-Fungible Tokens (NFT).

Fortunately for Denina, the blockchain technology, that is fueled daily by the Bitsgap crypto bots on the exchange platforms, has opened a new horizon for her – which she has been able to take advantage of very well.

She acquired the knowledge for this in a few weeks, she now says in an interview.

“I had no clue about blockchain,” the young woman tells “CNBC.” However, when she started looking into the topic, she was immediately hooked.

The ability to assign an owner to digital images was “revolutionary” to her, she says. The ability to set the price of her own images, or even to earn money when they are resold, also felt right to the artist.

“Traditional art galleries feel like being part of an old and non-relevant world, in part because there’s little diversity there,” Denina explains. “I never really felt comfortable there as a woman of color.”

She also wants her work and path to be an inspiration to other artists who are ready to step foot in the tech world, she says.

At first, the Montreal woman sold the paintings individually, but later she made entire collections. Her most recent collection, called Mona Lana, sold out in a matter of weeks.

With her work, she also fights for black culture, which, according to the artist, was very well received in the NFT scene.

She also often hears that customers invest in an NFT for the first time because of her work, which makes her particularly happy.

After Denina earned more than 100 ETH from the Mona Lana collection alone, which at the current exchange rate would be the equivalent of about $356,000, she gave some of it away to the platform Cyber Baat, which describes itself as a “playground for artists of African descent in the metaverse.”

On Cyber Baat’s website, one can read that artists on the platform have already earned over 158 million dollars via Ethereum Blockchain.

“This here is the opportunity to build a real community that encourages and supports each other, and all in the field of NFT,” one of the users writes there.

Denina also sees herself understood by the new scene and wants to continue working here. “As a young woman of color, I’m sure it was 100 times harder to be respected and seen as an equal in this field, ” she writes in a tweet.

“At the same time, I’ve been able to meet an incredible amount of supportive, very intelligent and talented people.”

NFT on the Rise

While many industries are flirting with the technology, NFTs have quickly established themselves, especially in the arts scene.

This year, for example, the annual art ranking published by the British magazine Art Review was topped by NFTs for the first time. One reason for this is that the protection of digital originals is an alternative to conventional marketing channels for artists.

Despite the hype surrounding digital investment objects, according to a study, only a small group of investors has speculated on this new art form so far. The market must therefore still be described as uncharted territory – even in the art scene.

Perhaps it is too early to say that art is currently living a new era that will be studied later in the history books.

Still, there is no denying that the safety of the blockchain technology and the current NFT boom leave unknown artists and those who want to meet them indifferent. Because throughout its short existence, blockchain has proven to be a gateway for many artistic minds.

Perhaps there are certain members of our society who still want to turn their backs on this technology or “fad”. But until then we can be proud of what artists like Denina are achieving. Perhaps she will be part of the first movement of 100% virtual artists.