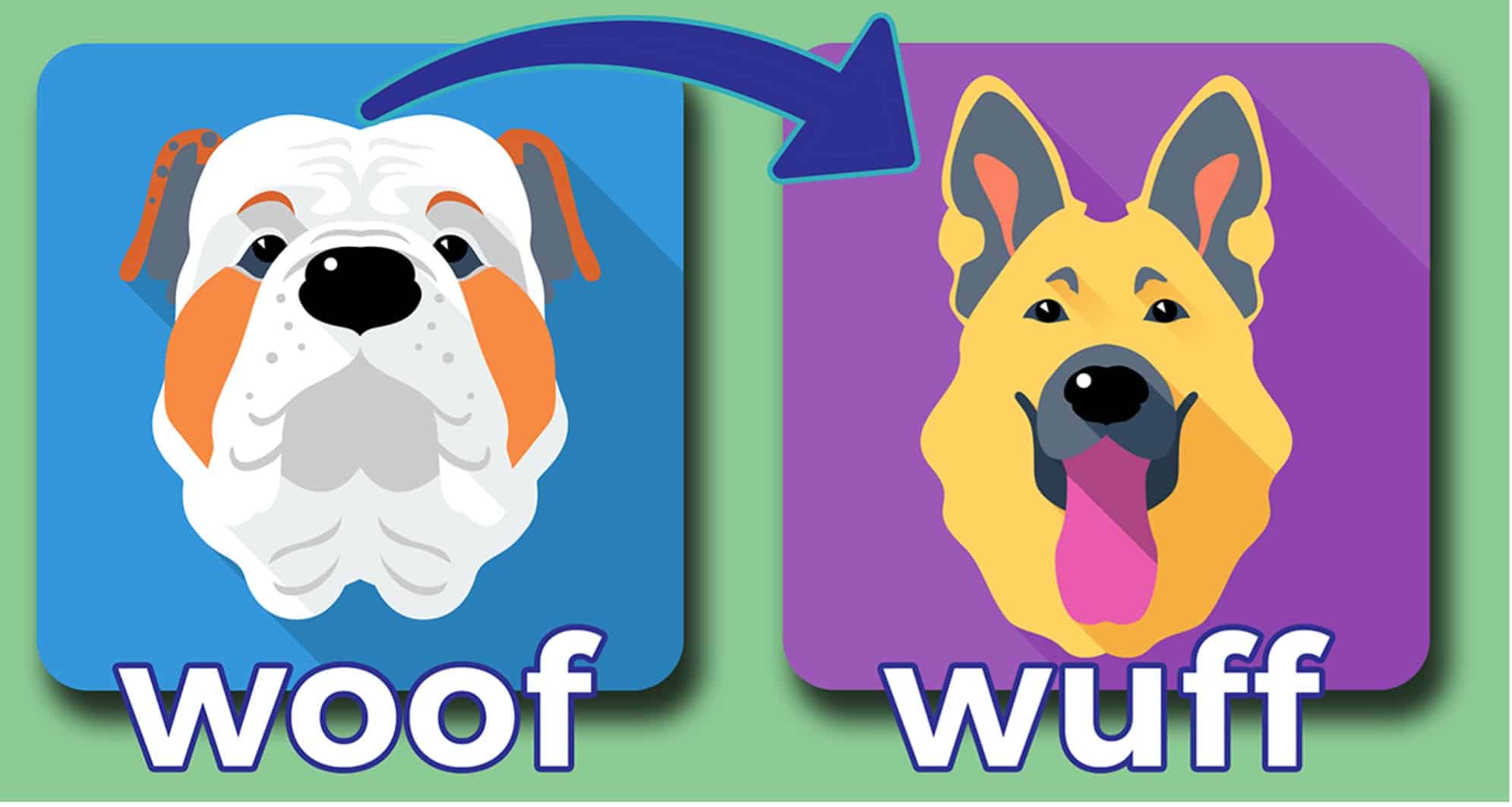 Germany has the largest population in Europe, a thriving economy and the fifth largest ecommerce market in the entire world. Total online sales in 2021 amounted to some €111 billion, representing a whopping 24% growth from the previous year, so it’s little wonder so many companies are keen to expand their horizons and break into Germany.

When you enter the German market, one of the most important things you need is a high-quality German website. But where should you start? There are many factors to consider when translating your English website into German, to make sure you successfully enter a new marketplace. Follow these tips to avoid the various pitfalls and say Guten Tag to your new customers!

You have no doubt spent time, energy and hard cash refining your English-language website, tailoring it to the needs and expectations of your target audience. Before you launch headlong into an exhaustive translation of your entire English site, make sure you spend some time carrying out some market research on your new environment. Pinpoint your German target audience and find out about them. Where are they? What do they expect and require from an ecommerce site? And how can you best appeal to them?

At this point, it’s a good idea to also identify your competitors. Have a look at what they’re doing. Spot any key differences between their sites and your own. Even if you don’t yet!) speak fluent German, you can assess the layout, style and design they’ve gone for.

You may well have an English-language site brimming with high-quality content, but does it really all need to be translated? Ask yourself if it is all relevant to your new audience. Having unsuitable content isn’t just a waste of your time; it could also easily alienate your new audience and make you stand out as an impostor.

The reverse is also potentially true: Is there anything missing from your English site that would be expected in Germany? On UK sites, customer services, for example, is often found right at the bottom of the page in small font. In Germany, meanwhile, it’s often given a more prominent position on the toolbar at the top.

Take a look at the German version of the IKEA website, which features four main tabs at the top: “Produkte” (Products), “Räume” (Rooms), “Deko & Accessoires” (Decoration and accessories), “Angebote” (Offers) and in pride of place, “Kundenservice” (Customer services).

If we compare this to the English or French site, we have to hunt quite hard for the customer service page. It’s buried in the footer menu along with dozens of other links. 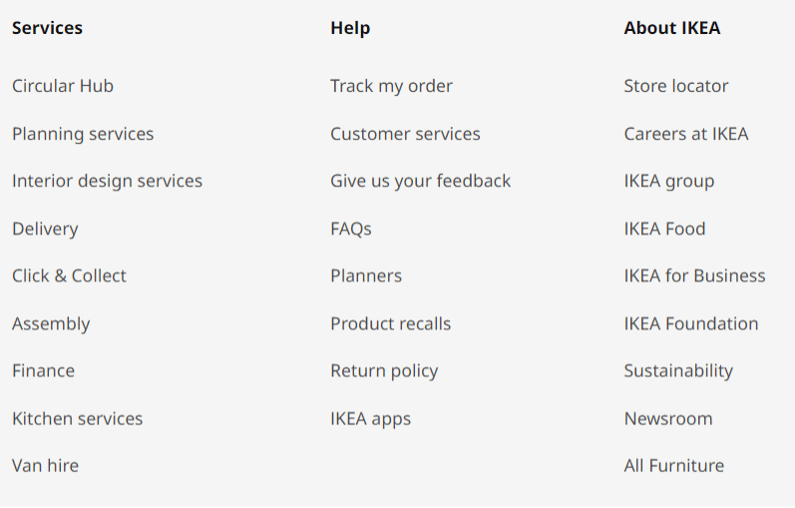 Of course, the point of venturing into the German market and having a website in German at all, is more than likely to have your site found, read and consumed by people in Germany. Consider, then, the importance of SEO translation to make sure you rank highly enough on German search engines to be discovered in the first place.

SEO works differently in different countries, which is why you need a specific awareness of German SEO to rank higher in Germany. SEO translation is the art of translating content from one language to another – while also adapting the content to signal your relevance to Google.de.

It includes incorporating German-specific elements to your website, including (but not limited to:

You probably already know the importance of carrying out thorough keyword research. This means including terms your potential visitors are likely to search for, along with the most obvious. Let’s say you make high-quality, leather shoes for people with especially large feet. You probably already target “shoes for big feet” in English. And if it works in English, surely it’s just a matter of translating the term into German? This is where the can of worms opens up…“Big feet” translates “große Füße”. However, in German, the ess-tsett symbol is now rapidly going out of fashion and is often replaced with ‘ss’ instead. What’s more, a “u” with an umlaut can also be spelt “ue” (especially when typing, to avoid having to use the shortcut for the umlaut). This means we could all the following combinations could now become search terms:

Carrying out effective multilingual keyword research will tell you which one is most likely to work best – and beware, it may even be an English term, thanks to the flood of anglicisms quickly making their way into the German language!

We’re all familiar with funny Google translate fails, but it’s not so funny when potential new customers are laughing at your expense. That’s why it always pays to use the services of an experienced, native German translator. Native is important here; language is fluid, changing quickly. New words enter the dictionary each year and it can be hard to keep up. During the pandemic, for example, some 1,200 new terms were coined in German! Using an outdated term or one that isn’t quite right, may make you stand out for all the wrong reasons.

What’s more, Germans appreciate accuracy. A grammatical error or spelling mistake will raise a few eyebrows and make you appear less than professional.

You’ve pinpointed what your German audience wants to read, and you’ve got a handle on the keywords that will work for you. At this point, don’t let the wrong tone or register let you down! These aspects need to be carefully considered with German website translation:

While English marketing tends to lean more towards American informality, in Germany, culture is more formal. Use of first names by default is definitely seen as rude, and the ‘Sie’ form of address is preferable to ‘Du’, usually reserved for children and close friends. In the workplace, surnames are still often used to preserve a level of professional distance. Modal verbs such as “können”, “müssen” and “möchten” are used to express politeness, and appear much more frequently than their English equivalents, “can” or “could”, “must”, “may” or “shall”.

There is no smoke without fire, and it’s certainly accurate that behind the German stereotype of organisation and punctuality, there’s more than a grain of truth. In Germany, there’s no need for too much scene-setting or poetry. While this may not be out of place in neighbouring France, it’s deemed superfluous to a German audience, who prefer a no-nonsense, straight-to-the-point approach. This is true in both language-style and the layout of the website, so it’s worth having at the forefront of your mind.

Germany has a buoyant ecommerce market, and a population of over 80 million – 93% of whom are online. An effective translation of your English website into German is vital for your success. Pay close attention to our tips, and you’ll steer clear of the pitfalls and be welcoming German customers before you know it! Viel Glück!

6 Cheapest and Best SMM Panels in the World